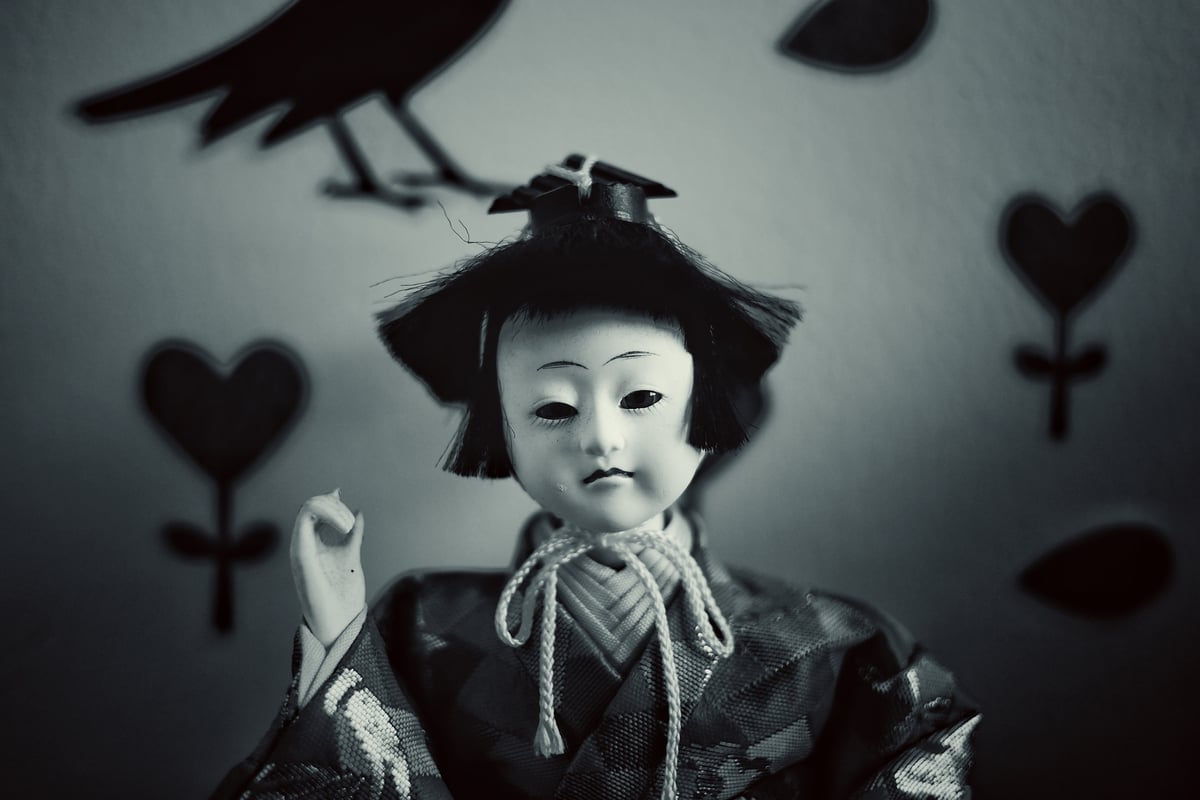 Get ready for a spine-chilling reading afternoon 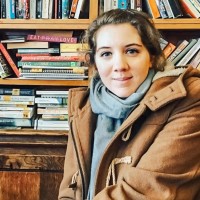 The mythology and folklore of old Japan was an ocean of ghosts and demons, each with their own traditions, superstitions and richly detailed stories. The world of 20th-century Japanese fiction was a celebration of crime and mystery, heavily inspired by the genius crime writers of Europe. Reading the mystery, horror and detective stories of Japan gives readers a broad and exciting view of the Japanese literary landscape, from the oldest ghosts to the modern mastermind detectives.

Here are some of Japan’s finest crime and mystery stories in translation, from across the literary history of Japan — perfect for those hot summer days when you need something spine-chilling to cool you off! This series of traditional mystery stories by Seishi Yokomizo is a perfect choice if you want a locked room murder mystery-style romp reminiscent of the recent film Knives Out or a classic Agatha Christie novel. Set in the immediate post-war period, our protagonist Kosuke Kindaichi is set on a mission to solve an unusual murder. He takes on the grizzly deaths which take place in the village of Okamura at the wealthy Ichiyanagi household — on the night of their son’s wedding. Yokomizo’s novels are short, pacy and with a sharp focus on the story itself. For lovers of classic mystery and mayhem, these newly translated offerings are a must.

2. Where the Wild Ladies Are
(By Aoko Matsuda, Translated by Polly Barton) Aoko Matsuda treats us to an array of horror stories inspired by 16 traditional folk, rakugo and kabuki tales, each laced with their own deliciously subtle feminist twist. While the monsters here are inspired by traditional yokai, quite often the real demons in the discussion are the loneliness, hardship and misogyny that these characters face — the very monsters we still battle in contemporary life.

One example of what you can expect from Where the Wild Ladies Are is in the very first story “Smartening Up,” in which a young woman is visited by the ghost of her aunt in an almost comical matter-of-fact manner and inspired to take on a new form to seek revenge on her ex-lover: “I stood in front of my full-length mirror, staring at the mystery creature in front of me: neither bear nor ape, but some other being entirely.” If you want to dip your toe into some quick, spooky tales that leave a mark, this collection will be a perfect choice. Like The Honjin Murders, this crime novel subscribes to the honkaku subgenre of Japanese mystery literature that values the entertainment of using logic and reasoning and uses it as a plot device. This locked-room style mystery is slightly more on the gruesome side — some particularly grizzly murders take place, leaving bodies spread across rural Japan. The unsolved murders, notorious since 1936, are still a mystery in 1979, so self-named detective Kiyoshi Mitarai (who also happens to be a talented astrologer) sets off across the country with his illustrator friend to solve a mystery that has been puzzling Japan for decades. The Tokyo Zodiac Murders is very much a Sherlock Holmes-style romp with a traditional detective and assistant vibe that’s as enjoyable to read as is trying to figure out the mystery for yourself. With the pieces laid out in front of you, you’ll find yourself compelled to figure the story as our protagonists. The undisputed master of horror manga has here collected a bulging handful of his best short stories for your enjoyment. Shiver represents the mind and hand of Junji Ito at their sharpest. Ito’s horror imagination is like nothing else in faction: the man understands the fear and terror better than anyone and is able to bring your worst terrors to life through vividly detailed and frighteningly realistic graphic imagery. In Shiver, balloons that represent the face of real people hunt down their counterparts and string them up with a noose, a man dreams for hundreds of years every night and wakes up having aged that much, and a fashion model begins to hunt down the crew who hired her. These stories will bore down to the core of your deepest fears and insecurities, showing definitively why Junji Ito is the true master of horror. This collection of nine short ghost stories all taking place in Edo era Japan is the perfect choice of reading around a campfire or by candlelight. Here we have cautionary tales of disrespecting the world around you when spirits can be hiding anywhere waiting for your wrong move. Incredibly atmospheric with subtle suspense and fear laced through this is the perfect introduction to the genre of Japanese ghost and oni stories. Many of the stories follow a similar narrative but are always steeped in the history of the time, so be prepared to learn a lot about historic Japan and its supernatural beings. For those who aren’t familiar, Ellery Queen was the pseudonym of Frederic Dannay and Manfred Bennington Lee, two cousins who became America’s most successful authors of crime and detective fiction in the 1930s and 1940s. Here they have collected twelve puzzling short stories from legendary postwar Japanese crime writers. This is a fascinating collection, particularly when you look at some of the selected award-winning writers, such as Kyotaro Nishimura, Seiichi Morimura and Yasutaka Tsutsui. A new foreword to the collection was included, written by Japanese detective fiction expert Satoru Saito who places the stories within Japanese society and modern Japanese literature. This is a must for any crime fan or beginners looking for a well-rounded introduction to the great Japanese crime writers.

7. The Master Key
(By Masako Togawa, Translated by Simon Grove) One of Japan’s most revered crime writers unsettles us with time jumps and puzzles unfolding over years as we attempt to piece together the creepy mystery surrounding The K Apartments for Ladies. Here, around a hundred unmarried women live together but things become unsettled when the apartments must be moved to widen the road. Many of the tenants fear the revelations ahead, which are tied to the unsolved 1951 kidnapping of four-year-old George Kraft. Both a gripping thriller and puzzle mystery, Togawa’s characters are complex and well-developed, keeping you hooked on this pacy novel as its events unfurl.

8. Ring
(By Koji Suzuki, Translated by Robert B. Rohmer) Whether you’ve seen the films or not, the book is almost always better because there’s nothing scarier than your imagination, which fills in all the blanks that any horror novel leaves ominously bare. The story centers around the reporter Asakawa’s investigation as he delves into the death of his niece and three high school girls discovering the haunted videotape that states, “Those who view these images are fated to die at this exact moment one week from now.” The Japanese movie adaptation, and the Hollywood remake, which followed, cemented an enormous global legacy for one of the 20th century’s biggest horror stories. But it’s with Suzuki’s novel where all of this began.

9. The Summer of the Ubume
(By Natsuhiko Kyogoku, Translated by Alexander O. Smith) 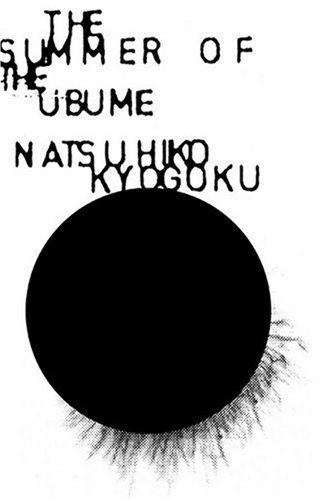 Combining the supernatural with mystery and witchcraft, this novel is a celebration of everything macabre from an author with an evident passion for folklore. Set in 1950s Japan, the novel follows a family of doctors who live deep in the woods and have been practicing medicine for centuries. And lately, they have been suffering from gruesome incidents — like a husband spontaneously combusting. Based on the traditional story of the ubume, a ghostly female pregnant or clutching a baby that manifests from a woman who has died in childbirth. This wildly popular novel led to a series of sequels and is one to get stuck into if you want a wild ride. 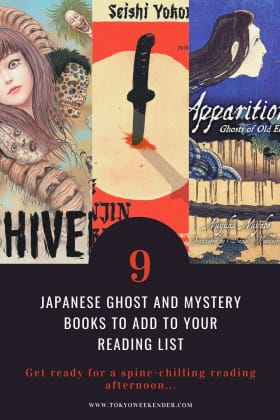