3 Haunted Spots in Tokyo For The Bravest Ghosthunters This Halloween

Some real spookiness this Spooktober 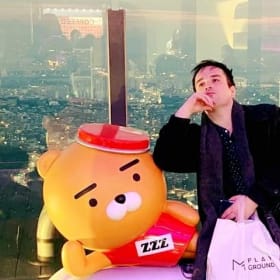 Citizens in Tokyo have had their Halloween “graveyard-smash” festivities thwarted yet again with many places including Shibuya calling for restraint and a virtual Halloween event this year. So, what is a Tokyoite to do to get a decent scream worthy of the season? Well, there are some pandemic-anxiety-friendly ways to enjoy your Spooktober in style.

Fancy yourself a paranormal investigator? Whether you are just looking for a fun night out with friends or are a serious ghost hunter, Tokyo has got a myriad of locations that are considered haunted. As an ancient city steeped in grim history, it is believed by some to be a strong catalyst for psychic energy.

Haunted spots are outdoors, never really crowded with people (only spirits) and are free. So here are the three well-known haunted destinations in Tokyo we recommend checking out.

Now a tranquil public space in the Shinjuku area, Toyama Park was previously the location of some of the most horrific war crimes in Japanese imperial history, done by Unit 731. They performed shocking experiments and constant torture on prisoners. Countless men, women and children were dumped into open graves in this area, between the years 1935 and 1945. Toyama Park is said to still have an unexplainable atmosphere which lures many paranormal investigators to the area.

Famous YouTuber Sharla in Japan went there to investigate once, as have many other vloggers and bloggers. If you are interested in what exactly happened during the period that Unit 731 was in operation, there are a few movies you can find online. The Wife of a Spy offers a Japanese account of the history, whereas, Man Behind the Sun offers the outlook from the perspective of someone from Hong Kong.

Located in the old streets of Yotsuya, the Oiwa Inari Shrine and Sharikimon-dori are epicenters of ghostly energy.

Oiwa Inari Shrine is believed to be connected to the vengeful ghost of Oiwa. She’s the main character in the famous Kabuki play “Yotsuya Kaidan,” the most adapted Kabuki play in Japanese history.

The play has themes of jealousy, revenge and atonement. The titular character Oiwa falls on her sword after trying to kill the man who tricked her into wearing facially disfiguring poison. However, she comes back as an Onryou (vengeful ghost) to enact revenge on her conspirators and torment her treacherous husband. When you stroll the area, listen out as you might hear her.

Sharikimon-dori, in the same area, is a historic red-light district. The poles at the beginning of the road are adorned with the silhouettes of Japanese rickshaw drivers, lending back to the era when the area was riddled with bathhouses and secretive brothels. The rickshaws would come in and out, taking false geisha and unfaithful husbands alike. Find the pond in the area, it’s believed to be infested with Kappa demons from Japanese folklore.

This one is not for casual pursuers of the paranormal as it is well out of the way in the outskirts of Tokyo. It’s predominantly frequented by Japanese paranormal groups. Check it out if you’re serious about visiting haunted spots, but don’t go alone and unprepared. Even during the day, this location is eerie and difficult to get to.

If all of this has put you off going to Kanoto rock tunnel, then look into the Japanese ghost explorer fanatics community called Shinrei Kichigai. Kanoto tunnel is in their top five most haunted spots in Tokyo. They have documented and filmed most locations considered to be haunted which you can watch from the safety of your own home. And they have scores more haunted spots in Tokyo and beyond on the website.

If after reading all that, you want to opt for a more fun make-believe haunted experience, haunted houses and rides are for you.

Obake Land is a ghost house running all year. It’s based on the infamous haunted Japanese classroom aesthetic you may have seen in several movies and games.

Onryou Zashiki is another all-year-round haunted attraction in Tokyo Dome City. It’s a walkthrough haunted house experience that doesn’t let up. With a mystery to solve in every room to continue to the next stage, it also has elements of an escape room.

For more spookiness from the comfort of your own home, check out the selections we’ve made: