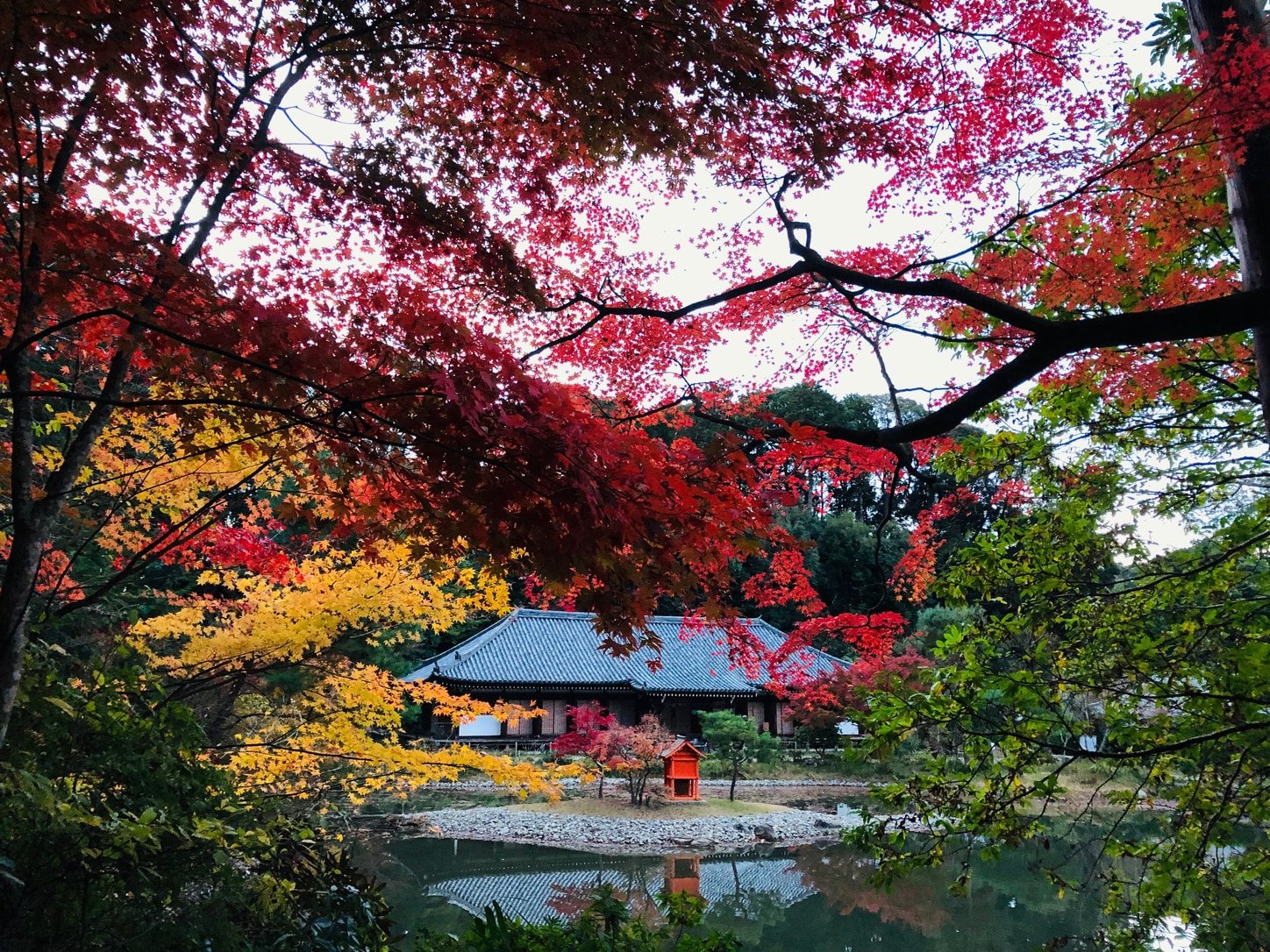 Consistently voted the world’s best city by Travel+Lesiure, Kyoto is undeniably one of the most globally renowned tourist destinations. Considering the popularity of this koto (ancient capital), it is difficult to imagine that any of its treasures still remain unspoiled.

But hidden away at the southern remote stretch of the prefecture is a region that retains much of its ancient charms, its nostalgic atmosphere portraying the heart of the Japanese people.

In autumn, the region is at its prime when the vast area is bedazzled in splendid shades of colorful foliage. Here are some of the secret wonder spots of Minami Yamashiro – often overlooked and certainly underrated. A brief history: During 740-744, when Kunikyo (presently known as Kizugawa) served as the capital of Japan, the power of Buddhism was at an all-time high and Emperor Shomu implemented a national policy that mandated construction of temples across Japan. Under such influence, southern Kyoto flourished as one of the spiritual grounds of Nara Buddhism. Established during 735AD, Kaijusen-ji is one of the vestiges of the Kunikyo era, humbly tucked away north of Kizugawa. While the temple possesses a numbers of gems, the jewel in its crown is the five-storied pagoda that is a designated national treasure of Japan.

Why you should visit in autumn: From late November to mid-December, a riot of autumn colors brightens the surroundings of the ancient architecture, creating spellbinding sceneries.

How to get there: Admission to Kaijusen-ji is ¥400. To access the temple via public transport, board the train from JR Nara Station to JR Kamo Station and change to a bus for Wazuka cho Kosugi iki and get off at the Okazaki bus stop. Then walk for approximately 40 minutes to the temple. It is quite a long distance from the bus stop to the temple, so you could opt to take a taxi from Kamo Station. A brief history: Also tucked away in the remote reaches of Kizugawa city, Joruri-ji is a temple famed for its traditional Japanese garden where you can see the landscape style typical of the Heian period. Unlike many of the circuit-style gardens commonly found across Japan, Joruri-ji’s garden is specifically designed based on the Buddhist faith of the Jodo sect and attempts to depict the image of Gokuraku Jodo – pure land or paradise on earth. The huge pond located at the center of the garden is surrounded by the main hall to the west and a three-storied pagoda to the east. Many of these monuments are designated national treasures of Japan and the individual charm of each completes the heavenly landscape. A Jodo-style garden of the Heian period retained in an untouched state is a precious historical asset, and thus the garden of Joruri-ji is designated a special place of scenic beauty in Japan.

Why you should visit in autumn: During fall, the leaves are tinged in hues of scarlet red, creating beautiful sceneries that bring out the best of Joruri-ji’s historic garden. If you are looking for a poetic autumn stroll in an environment immersed in history and sophistication, a trip to Joruri-ji is highly recommended.

How to get there: Admission to Joruri-ji is ¥400. To access Joruri-ji via public transport, catch the express bus to Joruri-ji from JR Nara Station to Kintetsu Nara Station. The number of running buses are limited, so checking the bus timetable in advance is highly recommended. A brief history: When thinking of premium green tea in Japan, the first thing that most likely pops up in Japanese people’s minds is Uji green tea. But did you know that the majority of Uji green tea is not from Uji but actually harvested in a quaint town called Wazukacho? Situated in the Soraku District, this charming area has devoted itself to green tea production for over 800 years. The industry was first introduced by Shonin Jishin, a monk of Kaijusen-ji. The town’s mountain slopes are neatly terraced with green tea fields and the intoxicating scent of fresh green tea leaves fills the air, offering an authentic experience not found in many other places. While the craze for matcha has gone viral these days, an insight into the production of genuine green tea at Wazukacho will surely offer a new dimension to how you appreciate the flavor.

Why you should visit in autumn: Every year during the first weekend of November, the town holds its popular Chagenkyo Matsuri or Teatopia Festival. Attracting around 6,000 tea lovers from all over, this event gives you the chance to try out hundreds of different types of tea and related foods. While here, be sure to stop by Shoho-ji temple in the center of the town for a glimpse of the pretty fall foliage.

How to get there: To access Wazukacho via public transport, board the train at JR Nara Station to JR Kamo Station and change to a bus for Wazuka cho Kosugi iki and get off at Wazuka Yama no Ie bus stop for the tourist information center.