It’s a moment Japan has been waiting for since July 2009, the day that sealed the country’s fate as 2019 Rugby World Cup hosts. After 10 years of preparation and build-up, the teams and fans from around the world have arrived in Japan for 44 days of world-class rugby competition. For those not interested in the sport, check out the other events happening in Tokyo during this action-packed three-day holiday weekend, from Zen meditation to Broadway musicals to stand-up comedy.

Get hyped about the RWC and join Tokyo Weekender as we watch one of the big opening games on September 21 at Pitch Club in Yokohama. Conveniently situated near Yokohama Station, this bar and club space features a massive screen where we will broadcast the France vs Argentina game live for your viewing pleasure. RSVP with your name and number of guests at [email protected] by September 20. The Zen 2.0 Foundation will convene Zen 2.0, Japan’s first large-scale forum on Zen and mindfulness, at Kencho-ji Temple in Kamakura, the first temple in Japan dedicated to Zen training.

Watch the change from early fall foliage to the end of autumn at this annual exhibition where 45 schools of ikebana who will take turns to present their works, with beautiful displays changing every week at Hyakudan Kaidan, a Tangible Cultural Property of Tokyo. Watch a modern and never-before-seen rendition of West Side Story in a unique theater with 360-degrees rotating audience seats surrounded by movable huge screens and stages. Self-titled “all-American immigrant” Joe Wong, who has appeared on shows such as Late Show with David Letterman and The Ellen DeGeneres Show, brings his unique comedy stylings to Japan. Take the day off work or school and join the march and other events planned in front of the United Nations University on September 20.

The Magic of Alice in Wonderland

For the first time in Japan, see over 200 sketches and illustrations from the first edition of the the Lewis Carol classic at Sogo Museum of Art in Yokohama. 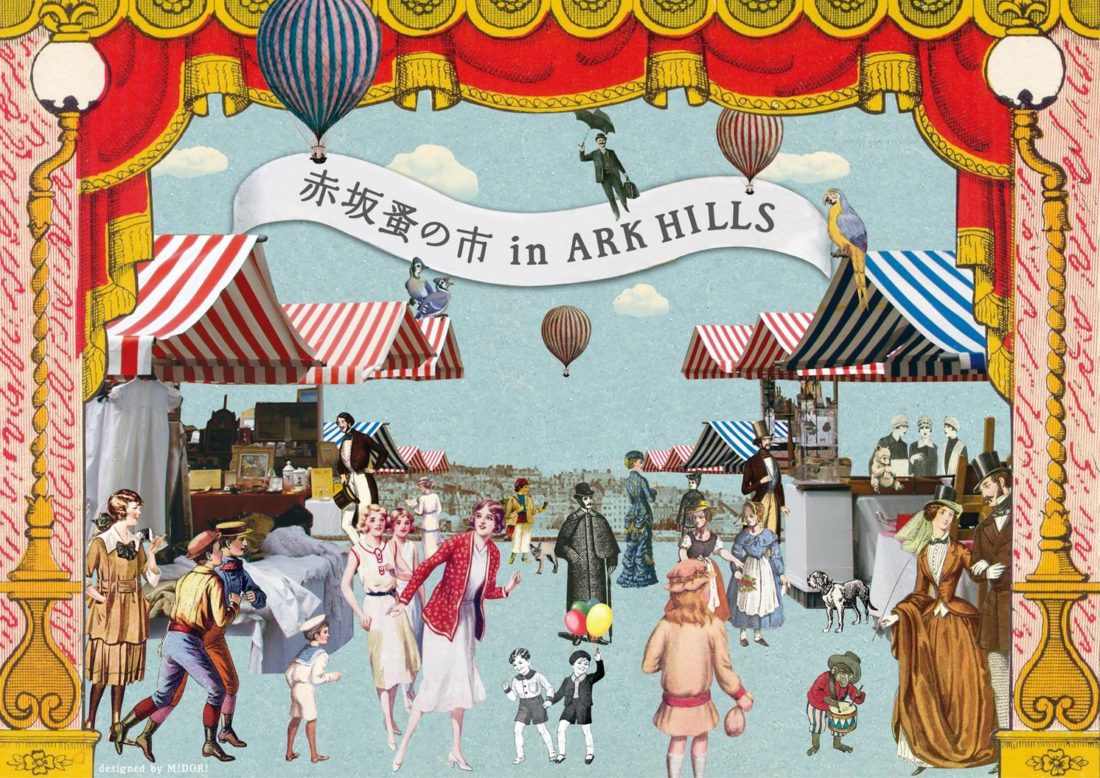 A mix of antique furniture, collectibles, vintage clothes, jewelry and handmade crafts, this monthly upmarket flea market at Ark Hills has plenty of treasures to be found. From historic bakeries like Kanaya Hotel Bakery in Tochigi Prefecture to modern artisans, bakeries and pan enthusiasts from all over Japan gather in Yokohama for one of the biggest bread events of the year. This creative enterprise outside Osaka has made it its mission since 2014 to provide a festival that equally values art, fashion, design, and music. In line with the festival’s creative and open ideas, the whole two-day event is free. When artist/horticulturist Lois Cremmins moved back to Manhattan she took worthless seed and plant catalogs and began cutting and pasting and began an adventure of layering collaged items with paint and ink. The opening reception at B-gallery is September 21. Singer Nanae Ismail along with her daughter and fellow musicians deliver everything from nostalgic ’80s pop music and rock to contemporary pieces and some jazz standards. Proceeds from the entry fee go to Refugees International Japan (RIJ).