So Who are the Customers at M’s Pop Life Sex Shop?

These number of customers is impressive, but many are probably still imagining stereotypical images of lonely men, hunched over and empty of eyes, shuffling into the store to purchase the illusion of an intimate relationship at ridiculously high prices. At M’s, though, both assumptions couldn’t be further away from the truth.

“The oldest client I recall … I didn’t ask them their age, but when they got out of the taxi, they were using a cane to support themselves. I think they ended up buying a sex doll”

“About 60 to 70% of the customers are men, yes,” says Yasojima. “But we also get many female customers accompanied by their boyfriends or husbands. The store attracts a lot of couples. Most of our clients are in their thirties, but we do get people anywhere from late teens to their autumn years. The oldest client I recall … I didn’t ask them their age, but when they got out of the taxi, they were using a cane to support themselves. I think they ended up buying a sex doll.”

Sex dolls, by the way, are among some of the priciest items in M’s inventory, going for anywhere between ¥30,000 and ¥50,000 but they’re still less expensive than at many other locations. That’s actually how the store got started in the first place. Before funding M’s, the store’s owner ran a sex establishment, and when some of its customers expressed interest in using sex toys, the owner was shocked at how expensive those things could get. In the end, they decided to do something about it, and M’s was the result. 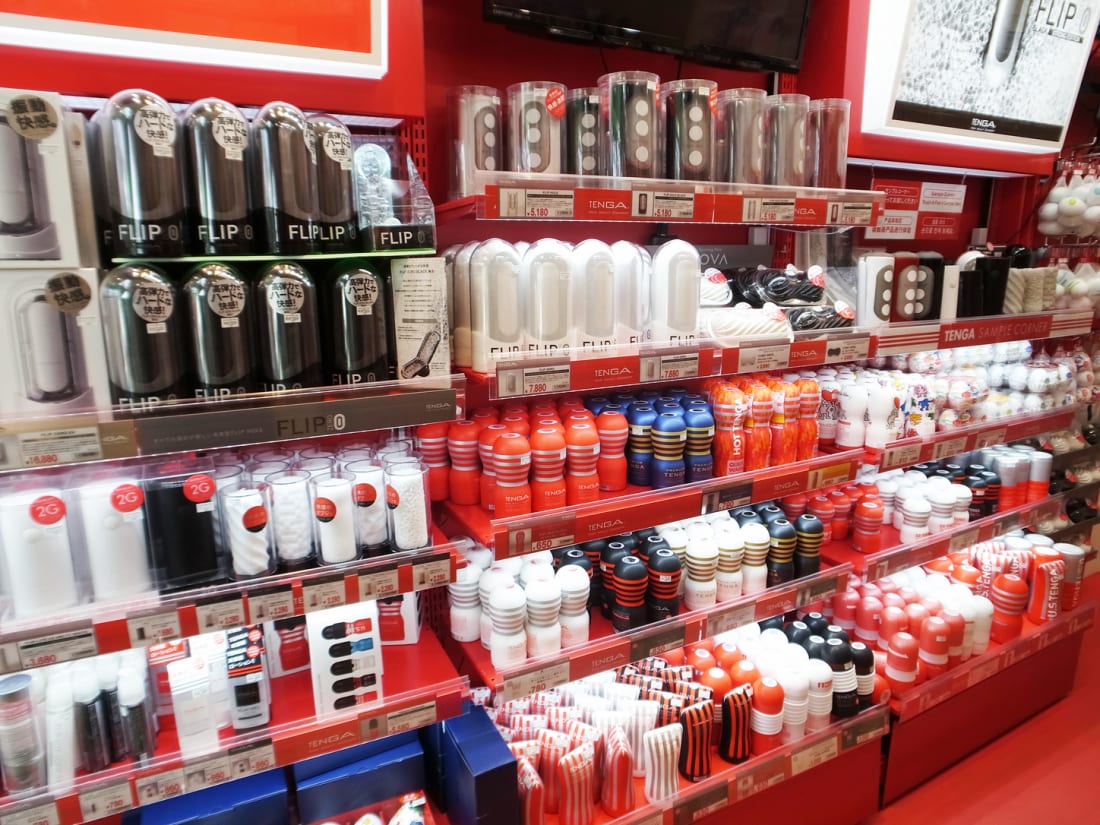 The Highs and Lows of Opening a Sex Shop in Tokyo

The store first opened in Ueno in 2001 and then moved that same year to Akihabara (the geek capital of Tokyo), though not to what you’d call the warmest of welcomes. “At first, there was some opposition to the store,” Ms. Yasojima recalls. “Nothing major, though. I think the worst that happened is that we had one of our windows broken.”

Since then, M’s has opened seven other locations around the country, including two other ones in Tokyo: one in Ikebukuro, and another in Tachikawa. But it is the flagship store that by now has become a mainstay of Japan’s capital, attracting not only people from all over the country, but also the world. By the company’s estimates, about 20% of its customers nowadays are foreigners. You can see evidence of that all over the store, from the English signs to the Polaroid pictures of foreign customers (alongside Japanese ones) wearing skimpy underwear and cosplay dresses pinned on boards located throughout the shop. Over the years, the latter has become one of the store’s most distinguishing features, though it probably requires some explanation. Model a Cosplay Costume and Get Discount

At M’s, customers who try on the store’s lingerie or cosplay costumes and allow the staff to take pictures of them for display within the shop get a substantial discount on their purchase. Yasojima explains: “We started doing the Fitting Discount because we wanted the customers to have fun. When a customer tries on a cosplay costume and lets us take their Polaroid to put it up on the store board, we give them a 20% discount on their purchase; 30% for lingerie purchases. Everyone who’s agreed to it thought it was very fun.” The discount is targeted at women, but that doesn’t mean the store offers nothing for men. They, in fact, have a wide selection of everything from sexy male underwear to male cosplay costumes.

Well, what would they be doing in a sex shop if they’re not looking for adult products? But, bizarrely, M’s does offer something for them as well, like regular summer kimonos and even non-erotic costumes, including that of a Miko shrine maiden and, among other things, Nintendo’s Mario. “We also have many joke products,” adds Ms. Yasojima. “For example, we have this thing that looks like a regular pen, but when you take the cap off you see it has a penis-shaped tip. Only ¥260.”

Japan is a modern, developed country, but it can be very old-fashioned about the topics of sex and sex toys. But by putting all of those things out on display in a clean, brightly lit store with courteous and experienced staff, M’s is fighting to remove the stigma surrounding adult entertainment in the country. As the store’s representative says: “We want you to have fun here. It’s completely fine if you just want to look around. So, if you’re ever in Akihabara, please stop by.”