The Best of Japanese Summer Haiku

Japan’s succinct literary gems are known for packing a wealth of meaning in just 17 syllables and for their intrinsic ties to the seasons. Consider it a poetic capsule that contains the essence of a moment in time and reading it you should be able to conjure the scene in your mind’s eye. More often than not the season isn’t spelled out, but rather signified through a kigo (seasonal keyword). These range from the obvious, such as cherry blossoms for spring haiku, to the more obscure such as peony for summer haiku.

Summer haiku kigo are often flowers, as well as fireflies, cicadas, cuckoos, the rainy season and all words for heat you can think of. More obviously, mentioning a summer month often does the trick. The words can also get more modern such as electric fans, ice cream and fireworks. Here are some of our favorite summer haiku grouped by kigo.

The incessant droning of the invisible cicadas in the dark is definitely the soundtrack of summer in Japan. It’s almost like a Pavlov reflex, as soon as you hear the sound you feel the heat. The sound of cicadas is often included in Japanese films and animation today and naturally, it has been a summer kigo in haiku for centuries. The summer kigo is ‘semi,’ the Japanese word for cicada, while the more rarely mentioned ‘higurashi’ is a type of cicada that is more active in autumn.

浜松や蝉によるべの浪の声
(hamamatsu ya semi ni yorube no nami no koe)

The cry of the cicada
Gives us no sign
That presently it will die. While cicadas are the sound of summer, fireflies are the season’s visual symbol. Sometimes fireflies can also hint at a more subtle symbolism of a brief ephemeral summer romance in love haiku.

On the temple bell
Resting, glowing
A firefly 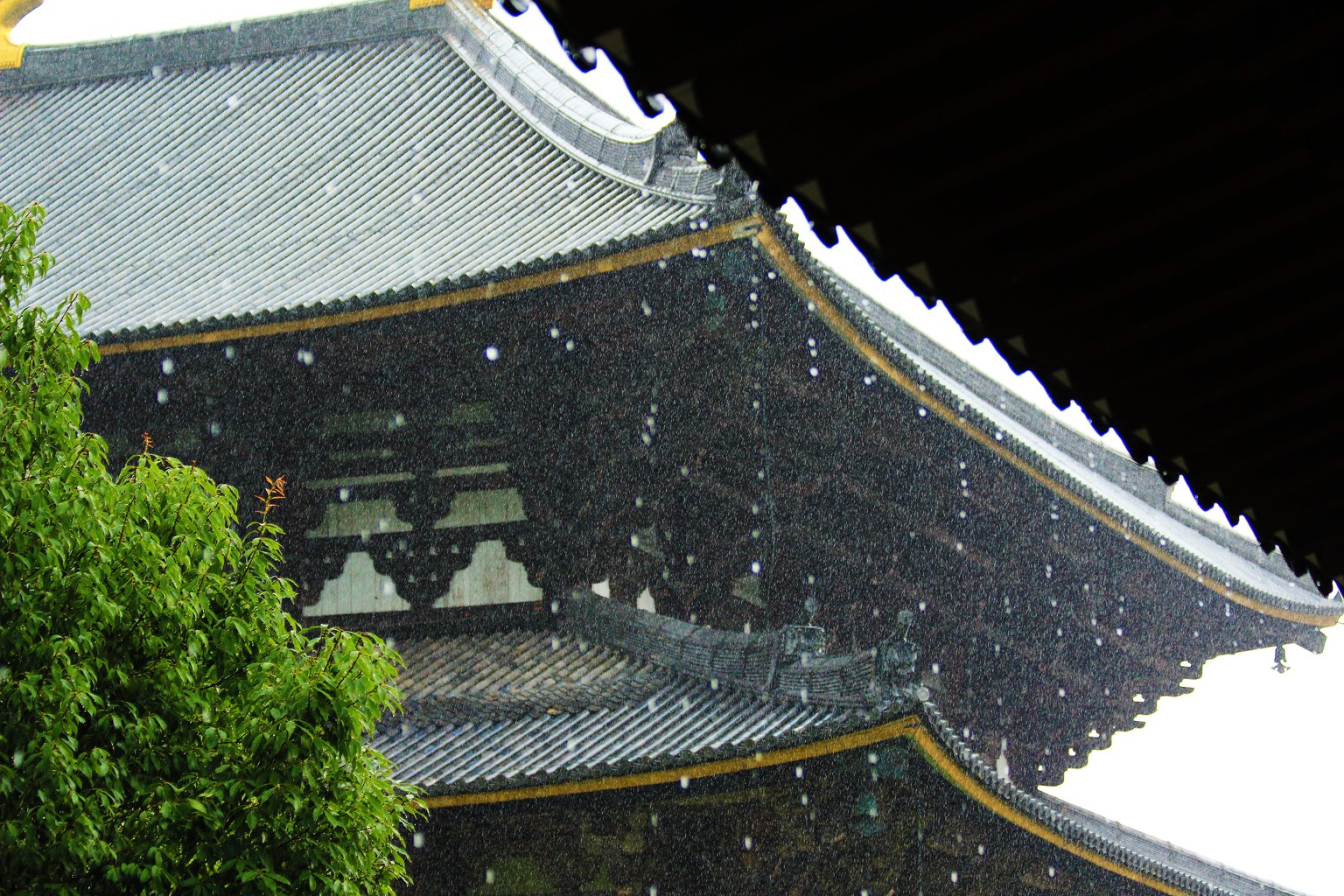 The word for rain doesn’t cut it as a seasonal keyword in haiku, simply because rain falls in every season. However, rainfall differs greatly and Japanese language has scores of different rain words. For example, there’s ‘samidare‘ meaning early summer rain or in some contexts overlapping with ‘tsuyu’ meaning rainy season. (Note that May used to be considered summer in the old Japanese calendar when some of the most well-known haiku were written).

half asleep–
is that rainy season rain
again today?

By Basho Matsuo | Translation by Jeff Robbins and Sakata Shoko Since May was considered a summer month in Japan, irises and wisteria are considered early summer kigo words. Other summer flowers are hydrangeas and peonies for midsummer and lotus signifying late summer. Sometimes mentioning summer heat is enough. Issa Kobayashi has numerous haiku mentioning summer heat, going through a range of emotions: from cursing the heat to accepting “rain is on vacation” to praying to the heavens for a few drops of rain. One haiku about a summer solar eclipse stands out:

a solar eclipse
a circle in a washtub…
summer heat

Read our selection of the rare love haiku from the great poets of Japan.