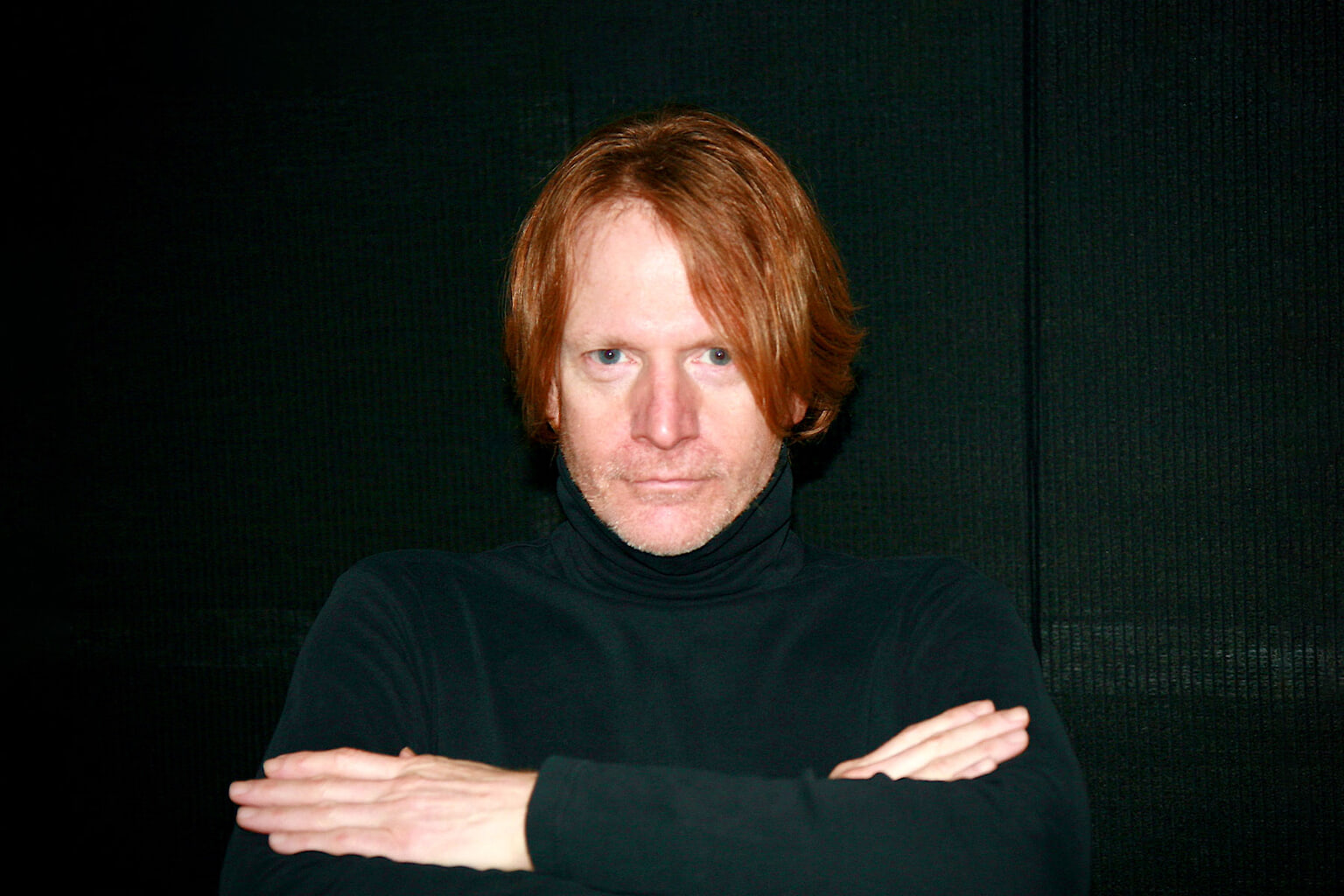 For this week’s news roundup, Tokyo Weekender spoke to Jack Stone, who yesterday began a hunger strike outside Japan’s National Diet Building. His purpose is to end sole parent custody in this country and reunite with his children. Stone says his eight-year-old boy has been abducted four times, the first of which was on November 11, 2018. He claims his wife took their child from Florida to Japan on her father’s orders. Three days later, Stone filed a Hague Convention Return Order. The Japan Central Authority (JCA) refused to assist him with this.

The following year, the couple’s second child was born. Prior to that, Stone managed to locate his eldest son’s whereabouts and took physical custody of him. As his mother reportedly destroyed the young boy’s passport, they couldn’t return to the States. Instead, father and son lived together for just under three years in Japan. Then, Stone says, on October 10 of last year, the family went to the zoo. After what he describes as their “best day together,” he let his wife take custody of their first son for a week. He hasn’t seen him or his other child since.

Before going on the hunger strike, Stone told TW he was scared as he’s already in bad health. It’s something he feels he needs to do, though, not just for himself and his kids, but also for his wife. “She is a victim of Japan’s sole custody system,” he says. “This abhorrent system causes fear and irrational behavior. For parents, there is the realization that if they don’t get awarded custody of their children, they might never have access to them again. That’s too great a burden for anyone.” Stone was keen to stress that this is not just an issue affecting foreign fathers. It’s estimated that around 150,000 children lose contact with a parent annually in this country.

Speaking at the Foreign Correspondent’s Club on Thursday, Stone vowed to continue with his hunger strike until “Japan starts implementing and putting together joint custody.” He believes for that to happen, the US government must sanction Japan under the Goldman Act, which is designed to right the wrongs of international child abduction. Also speaking at the FCCJ were Brian Prager, a lecturer who hasn’t seen his son for 12 years, and James Cook who, through the Hague Convention on International Child Abduction, successfully petitioned to have his four children returned to their home in America in 2016. Six years on, they still haven’t been reunited.

Sho Taguchi was arrested on suspicion of computer fraud on Wednesday. Last month, the 24-year-old received ¥46.3 million from the government of Abu in Yamaguchi Prefecture. The money was intended to support low-income families affected by the Covid-19 pandemic. A total of 463 households applied for a ¥100,000 fund, but all the cash was transferred to Taguchi by mistake. Municipal officials filed a lawsuit against him on May 12, demanding ¥51 million, including legal fees. At that time, they said they had been unable to reach him.

At a press conference on Tuesday, Taguchi’s attorney revealed that his client had gambled all the money away on overseas casino sites. He added that he no longer has any of the cash left, so won’t be able to pay it back. Speaking the following day, Abu mayor, Norihiko Hanada described Taguchi’s actions as “unforgivable,” and said it was hard to imagine that such a large sum had disappeared in one go. “We want to trace the flow of the money in the lawsuit. I want him to return it, it’s not too late,” he added.

On Saturday, police in Yamanashi Prefecture sadly confirmed the death of Misaki Ogura, the elementary school student who went missing from a campsite in the area two and a half years ago. DNA from a shoulder blade discovered near the campsite where she went missing matched hers. It was found on May 4, in a dried-up mountain stream bed. The shoulder blade is essential to maintain life, leading to the conclusion that Ogura had passed away. A skull fragment found on April 23, 600 meters east of the campsite, couldn’t be directly linked to Ogura. However, a study of the mitochondrial DNA didn’t rule out a blood tie.

Ogura visited the campsite in the village of Doshi with her family on September 21, 2019. She was seven at the time. At around 3:40pm she ran off with her friends, heading towards a stream. When they came back 20 minutes later, the young girl was nowhere to be seen. An extensive search that included 1,700 people and lasted 16 days proved fruitless. The complex terrain reportedly made things difficult. Climate factors and the possibility of animals carrying bones could have also hampered the search. Police are continuing to investigate the case.

Japan, it seems, is still a long way from opening its borders to a large number of tourists, but at least some baby steps are being taken. On Tuesday, it was announced that small group tours will be allowed at the end of this month as part of a test tourism trial. The total number of people hasn’t been confirmed, but is expected to be around 50. “This venture will allow us to verify compliance and emergency responses for infection prevention and formulate guidelines for travel agencies and accommodation operators to keep in mind,” said a statement by the country’s tourism agency.

The trial is open to triple-vaccinated tourists from Australia, America, Thailand and Singapore. They will have fixed travel itineraries and be accompanied by a tour conductor at all times. The government will monitor their actions. Provided there are no major issues, the idea is to then gradually expand the range of tourists allowed into the country. “Japan reopening to tourists is too slow compared to the rest of the G7 nations,” says Go! Go! Nihon president Davide Rossi. “On top of that, couples who haven’t been able to reunite for over two years aren’t included in this update yet, which is unacceptable.”

It was a victory of sorts on Monday for Global Dining as the Tokyo District Court declared the capital’s now defunct Covid-19 restrictions illegal. The restaurant chain, which runs dozens of eateries and drinking establishments, including Gonpachi, famed for inspiring a scene in Quentin Tarantino’s Kill Bill, decided to sue the Tokyo Metropolitan Government (TMG) in March for violating freedom of business guaranteed under the constitution. The company refused to comply with requests to shorten business hours during the state of emergency. On March 18 of last year, the TMG ordered 27 bars in the capital to shorten their operating hours. All but one of them were operated by Global Dining.

The plaintiffs argued that there were, in fact, around 2,000 establishments that didn’t comply with the request to close by 8pm. “The order should be recognized as illegal as it wasn’t considered to be particularly necessary,” said Presiding Judge Norihiro Matsuda. He added that it had “only a slight effect on controlling infections” as it was issued just a few days before the state of emergency was lifted. The court, however, denied Global Dining’s claim of negligence against Tokyo Governor Yuriko Koike. It had been seeking just ¥104 in damages, though that wasn’t the goal of the lawsuit.

It’s been a good week for Japanese footballers in Europe. On Wednesday, Daichi Kamada and Makoto Hasebe helped Eintracht Frankfurt win the Europa League. The German side defeated Glasgow Rangers on penalties with Kamada converting his side’s third kick. In the Bundesliga, a dramatic injury time winner by captain Wataru Endo ensured Stuttgart’s survival in the German top flight. With the 90 minutes up, his side team looked destined for a relegation play-off. Then Hiroki Ito flicked the ball on for compatriot Endo to head home. Cue wild celebrations. In England, Takumi Minamino score a vital goal as Liverpool kept their title hopes alive with a 2-1 win at Southampton. Kyogo Furuhashi bagged a brace as Celtic celebrated their Scottish title triumph with a 6-0 thrashing of Motherwell. And Kaoru Mitoma was on target for Belgian League runners up, Union Saint-Gilloise.

In baseball, Shohei Ohtani continues to dazzle for the Los Angeles Angels. On Saturday, the two-way sensation hit his 100th homer in Major League Baseball. In doing so, he became only the third Japanese player to reach the century milestone in the States, joining Ichiro Suzuki and Hideki Matsui on the list. “100 is a big number and I’m proud of it, but it’s early in the season. I just want to keep it going. Early in my career, I went through a lot of injuries and surgeries, but I made it back strong and I’m planning on hitting more and trying to get better,” he said. His 101st home run came the following day.