Knife attacks appear to be on the rise in Japan. The latest incident involved a 14-year-old boy who stabbed to death a fellow student at a school in Aichi Prefecture. The crime occurred just five days after another 14-year-old stabbed a woman at a shopping mall in Hokkaido.

Also this week, we report on Japan’s decision to release its state oil reserves and the latest on the country’s border restrictions. In entertainment news, the live action adaptation of Japanese anime Cowboy Bebop opened on Netflix to mostly negative reviews. And in sport, the Yakult Swallows lead the Orix Buffaloes 3-2 going into the final weekend of the Japan Series.

14-year-old student Yuzuki Ito was fatally stabbed by a schoolmate on Wednesday. The incident took place at around 8am at Jushiyama Junior High School in Yatomi, Aichi Prefecture. After being rushed to hospital, Ito was pronounced dead at around 10:30am due to hemorrhagic shock. The alleged attacker, also 14, admitted to the police he intended to kill the victim. According to the Mainichi Shimbun, he called him out to the hallway just before the attack. He is believed to have held a grudge against Ito.

Just five days earlier, another 14-year-old boy was arrested for stabbing a 57-year-old woman in the neck. The crime occurred at an Aeon outlet mall in Hokkaido where the woman worked. After leaving the store, the teenager called the police to say he’d killed someone. Fortunately, the woman was in a stable condition when she arrived at the hospital. Naoshi Okamura wasn’t so lucky. The 78-year-old Kamakura citizen was stabbed to death on Monday by his nephew Tsuyoshi Oi, 46. 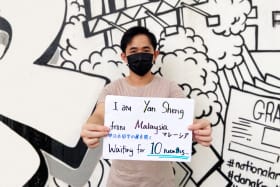 It was the news students and workers from abroad had been waiting for. On November 8, foreign nationals were, ostensibly at least, welcome to enter Japan again. As for business travelers, their quarantine time was reduced to just three days. It all sounded so promising. If only it were that simple. Those applying for a shortened quarantined period now have a serious amount of red tape to contend with. Several documents need to be submitted to various ministries for approval that could, in theory, take weeks.

For international students and technical trainees, it is even more frustrating. Only those who intended to come to Japan in 2020 will be allowed to enter this year, most likely sometime between mid to late December. There is currently no timeframe for those who planned to enter after July of this year. “The situation is so unclear that some students have given up on coming to Japan,” wrote Davide Rossi, who runs the Education is Not Tourism website.

In an unprecedented move, Japan is set to release its state oil reserves. The decision was made after receiving a request from U.S. President Joe Biden. They are joining other major energy consuming nations such as China, India, the UK and South Korea in what is a first-of-its-kind global effort to reduce fuel prices. Speaking on Wednesday, Minister of Economy, Trade and Industry Koichi Hagiuda said Japan was planning to release hundreds of thousands of kiloliters of crude oil from its emergency reserve.

The last time the government here released oil stock was in 2011 following the Tohoku earthquake and tsunami and then again in June of that year due to the oil shortage sparked by the Libyan Civil War. This, though, will be the first time to tap reserves in response to soaring prices. According to the oil stockpiling law, oil reserves should only be released during supply shortages due to conflicts or natural disasters. To avoid violating the law, the plan is to release reserves that exceed its storage in value of 160 days of consumption. 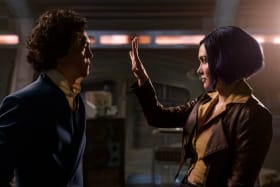 Live-action anime adaptations often get panned by both fans and critics alike. The response to a cult classic like Cowboy Bebop was, therefore, always going to be intense. The original is still widely considered one of the greatest animated television series of all time. The Netflix remake, which premiered last Friday, was never going to reach that level. Yet, while reviews have been more negative than positive, viewing figures have been good.

The numbers are nothing compared to what Hellbound is producing, though. The latest Korean show to make a splash after Squid Game, it became the world’s most watched series on the streaming platform on November 20, topping the ratings in more than 80 countries. The story centers around supernatural beings that appear out of nowhere to condemn people to hell. In Japan, the top eight most watched shows are currently all Korean. The disaster drama Japan Sinks is at nine, with Cowboy Bebop at 10.

The Orix Buffaloes are still alive in the Japan Series following a nail-biting win against the Yakult Swallows on Thursday. The Kobe-based team knew defeat would hand the championship to their opponents. An Adam Jones homer in the ninth gave them a dramatic 6-5 victory on the night meaning they still have a fighting chance of claiming the title. The Swallows have a 3-2 lead going into Saturday’s game, but the Buffaloes now have home advantage. It’s set up nicely for what could be a dramatic climax to the season.

In other baseball-related news, it was announced this week that Shohei Ohtani had turned down the People’s Honor Award. He said it “was still too early,” according to Chief Cabinet Secretary Hirokazu Matsuno. Ohtani is not the first baseball player to decline the accolade. Yutaka Fukumoto of the Hankyu Braves was nominated in 1983 for breaking the world record in stolen bases. He felt he wouldn’t have been able to casually stroll into pachinko parlors anymore had he accepted. Ichiro Suzuki, meanwhile, has said no on three occasions.

Japan’s rugby team lost 29-20 to Scotland in the first meeting of the teams since the 2019 World Cup. Though not the result the Brave Blossoms were hoping for, it was much better than their display against Ireland two weeks ago. “It was a real test match,” said Scotland coach Gregor Townsend. “Japan showed the level of play we saw from them in 2019. They’re the only team I can think of in world rugby who keep the ball in their own half and go through phases.”

In soccer, Daichi Kamada netted for Eintracht Frankfurt who’ve qualified for the next round of the Europa League. Kyogo Furuhashi’s Celtic were knocked out following their 3-2 defeat to Bayer Leverkusen. In the Premier League, Takumi Minamino scored his first goal at Anfield as Liverpool defeated Arsenal 4-0. Mana Iwabuchi, who plays for the Arsenal women’s team, congratulated her compatriot on his goal and was abused by fans of the Gunners as a result. She subsequently deleted her tweet.