Hokkaido held on to its title as Japan’s most attractive prefecture in the Brand Research Institute’s annual survey. Conducted in the summer, around 35,000 respondents were asked 89 questions regarding recognition of the 47 prefectures and willingness to go etc. The top four were exactly as they were last year, though there were some changes at the bottom of the list.

Also this week, we have the latest in the buildup to the general election. There’s news on the curry in Shimane Prefecture that exacerbated tensions between Korea and Japan and the square in Jerusalem honoring the man voted in our survey as the country’s greatest ever person. In sport, the Samurai Blue earned a much-needed victory over Australia in their World Cup qualifying group. They now have six points from four games. 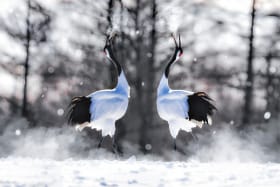 The Brand Research Institute this week revealed the results of its latest survey regarding the country’s most and least attractive prefectures. There were no surprises at the top with Hokkaido holding on to its title for the 13th consecutive year. The country’s largest prefecture has never been knocked off the number one spot since the survey began in 2009. As with last year, Kyoto and Okinawa made up the top three with Tokyo in fourth. Osaka overtook Kanagawa to take the fifth spot.

At the other end, Ibaraki reclaimed its place at the bottom from Tochigi. After seven consecutive years ranked at number 47 on the list, it moved up five places last year following a campaign to promote its beauty and charm. That appears to have already worn off and Ibaraki can, once again, claim the dubious honor of being known as the country’s least attractive prefecture. Gunma Prefecture governor Ichita Yamamoto said he was considering taking legal action over the rankings. His prefecture moved down four places to 44th and he believes it could cause the region economic harm.

Parties Lay Out their Manifestos for the General Election

Parliament was dissolved on Thursday making way for the general election on October 31. A day earlier, the opposition Constitutional Democratic Party (CDP) laid out its manifesto. It includes equality laws for LGBTQ people and laws recognizing same-sex marriage. Hoping to revive the pandemic-hit economy, the party vows to effectively exempt people who earn less than ¥10 million annually from paying income tax while at the same time increasing taxes on rich individuals and large companies. They are also planning cash handouts of ¥120,000 to low-income individuals.

The Japanese Communist Party (JCP), meanwhile, is pledging to lower consumption tax to five percent, offer cash handouts of ¥100,000 and raise the minimum wage to ¥1,500. As for the Liberal Democratic Party (LDP), the focus is on ending the Covid-19 pandemic and strengthening a battered economy. They plan to expand the support for small and medium businesses hit by the pandemic and offer subsidies for enterprises moving into new industries.  They are also considering raising the defense budget in response to an increase in China’s military activities. 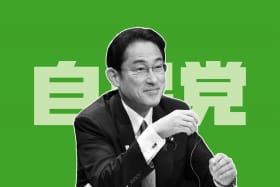 Many observers believe little will change with Fumio Kishida as PM and the latest LDP manifesto, despite being titled “Create a new era together with you,” emphasizes that. His promise to reduce wealth disparities has already been called into question. During the leadership election campaign, the Hiroshima-native vowed to increase the tax rate on stock-related income. However, with the stock market taking a tumble, he decided to backtrack from that proposal. Other pledges during the leadership campaign are also missing from the manifesto, which appears to have been heavily influenced by conservative figures such as Shinzo Abe and Sanae Takaichi.

“I am not thinking about touching on taxation of financial and securities transactions for some time. A misunderstanding is spreading that I will immediately change the taxation system, so I need to dispel concerns among those who are worried about it,” Kishida told a news show on Fuji TV. “His is an administration in which he cannot stick to his guns and call the shots. Kishida is a symbol of what cannot make a change,” was opposition leader Yukio Edano’s response.

In the middle of the Sea of Japan lie two rugged islets and 35 smaller rocks. While they may look inconsequential, these islands are at the center of a territorial dispute between Korea and Japan that goes back more than three centuries. The area is administered by the former, which refers to the islands as Dokdo. Japan refutes Korea’s claim to ownership of the territory, insisting Takeshima (as it’s known here) is an integral part of its land.

Now there is a restaurant in Okinoshima, Shimane Prefecture that’s adding further fuel to the fire through its curry. The dish’s sauce represents the Sea of Japan while the rice has been shaped to look like the disputed islets. Then, planted in one of the mounds of rice, is the Japanese flag. Media in North and South Korea hit out after a picture of the dish was posted online.  Four years ago, Japan was the country complaining when South Korea served Donald Trump shrimp from the disputed islands. 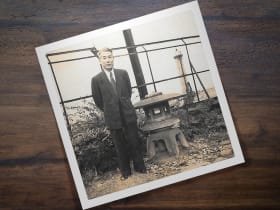 Known as the “Schindler of Japan,” Chiune Sugihara risked his career to save the lives of thousands of Jewish (mostly Polish) refugees during World War II by issuing them visas. In Israel there are many locations commemorating the man who helped somewhere between 6,000 and 10,000 people escape from Lithuania. “Chiune Sugihara Sq,” however, is the first in Jerusalem to be dedicated to the late diplomat. On Monday, a ceremony was held at the newly named square in his honor.

More than 100 people were in attendance including survivors and their descendants. Some carried framed copies of Sugihara’s visas. Members of his family were also there, including his son Nobuki. Ironically, he nearly missed out on the event due to a visa issue. He was initially denied entry to Israel due to Covid-related paperwork but managed to get a last-minute visa. Addressing the crowd, he said his father “never imagined,” there would be so many beneficiaries of the visas he issued.

Vital Win for Japan Against Australia

It was billed as a must-win game for Japan’s national soccer team. Having lost two of their opening three matches in the Asian qualifying group, a defeat to Australia would have left them in a perilous position. Ao Tanaka helped ease the tension with a smart finish in the eighth minute. After that, the home side dominated possession and had chances to put the game to bed. They were eventually punished for their profligacy in front of goal, though, as Ajdin Hrustic struck a brilliantly hit free kick to make it 1-1.

You could feel the pressure mounting on manager Hajime Moriyasu. And then, a stroke of luck. Goalkeeper Aziz Behich turned the ball into his own net under pressure from Takuma Asano. The goal, with just four minutes remaining, has probably saved Moriyasu’s job for now. Despite the victory, Japan moved down to fourth in the group behind Saudi Arabia, Australia and Oman. Two teams automatically qualify for the 2022 World Cup, while the third placed side goes into a play-off.