FIFA Fever: Pierre Littbarski on What It Was Like To Win the 1990 World Cup

With the 2018 FIFA World Cup set to kick off Russia this month, TW decided to chat with a man who knows what it takes to win it.

German football club VfL Wolfsburg’s chief scout Pierre Littbarski, who is a hugely popular figure in Japan since playing and managing in the J-League, helped West Germany lift the trophy in 1990 and finish as a runner-up in 1982 and 1986. His first memories of the tournament, he says, came as a 10-year-old back in 1970 when Brazil triumphed in Mexico. “Brazil was the best team, but the game I remember most was the amazing semi-final that West Germany lost 4-3 to Italy,” recalls Littbarski. “Four years later it was at home and I was a ball boy when East Germany played Chile. Throwing the ball to the goalkeeper felt like the biggest thing ever. I talked about that for the next two years.” [laughs]

Littbarski described West Germany’s defeat of the Netherlands in the 1974 final as “a fantastic moment for the country,” yet was disappointed as his favorite player Johan Cruyff lost. He dreamed of one day emulating the Dutchman on the biggest stage, though at 18 thought his chance had gone when football club Hertha Berlin deemed him too small.

The devastated youngster started preparing for life in the finance world. Fortunately, a scout from FC Köln saw him perform at youth level and he was offered a contract. Fans at the Müngersdorfer Stadion immediately took to his combative style and dazzling dribbling skills. West German coach Jupp Derwall was also impressed, giving the then 21-year-old his international debut in a World Cup qualifier against Austria. Littbarski scored twice in a 3-1 victory. 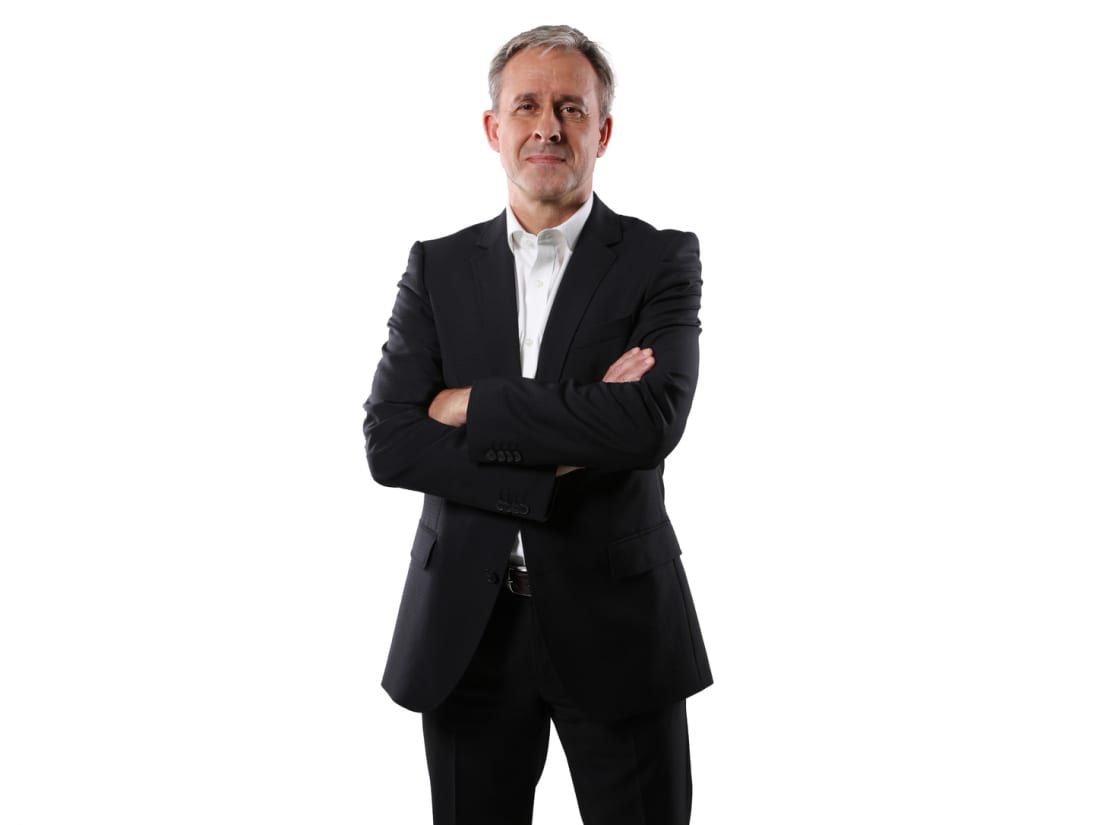 In a national side known for its strength and athleticism, Littbarski offered something different and earned a place in the West German squad for the 1982 World Cup in Spain. “I was so nervous the night the members were announced,” recalls the former Sydney FC manager. “My family and I watched the TV as the names came up, frantically searching for my name. Then we saw it. Magnificent. My grandfather, who’d introduced me to football, had died a few years earlier, so I was emotional when celebrating with my grandmother.”

West Germany began the tournament against Algeria, a game they were expected to win convincingly. One player declared the team would dedicate the seventh goal to their wives and the eighth to their dogs. Another said they could very well play with cigars in their mouths. Remarkably, the underestimated North African side rammed these taunts down their throats, winning 2-1. “That destroyed our confidence, but we recovered to win the next game 4-1. It meant that a 1-0 victory over Austria would see us and our opponents through at the expense of Algeria. We took the lead early and toward the end everyone slowed down. People said the two sides colluded, but I didn’t hear anything. I was a young and enthusiastic kid, just wanting to play.”

Algeria protested, but the result of the so-called Disgrace of Gijón stood. In the second round, Littbarski scored the opener in a 2-1 win over Spain. More controversy followed in a classic semi-final encounter between France and West Germany when goalkeeper Harald Schumacher got away with one of the worst fouls in World Cup history against Patrick Battiston. “I thought I was going to be the hero after making it 1-0, but so much happened afterward that I don’t think anyone remembers my goal,” Littbarski says. “I always want to win fairly and hated seeing Battiston injured. I roomed with Schumacher at club level. He’s a stubborn guy who later regretted what happened.”

The incident overshadowed a pulsating 3-3 draw that led to the first-ever World Cup penalty shootout. “Uli Stielike missed so I ran over to support him as nobody else did,” Littbarski continues. “I forgot I was next and my strategy went out the window. Luckily, that took the pressure off and I scored.” West Germany went through but were defeated 3-1 in the final by an Italian side Littbarski felt were superior on the day and throughout the tournament. In 1986 he had more of a peripheral role as his team lost in the final again, this time to Argentina and the genius of Maradona.

“The greatest player of my generation, it was an honor to watch him live,” Littbarski says. “Personally, I was happy to be at the tournament. I thought I’d miss out after getting injured three months earlier. I hoped to come on in the final when we were losing but didn’t deserve it. My condition wasn’t good.”Aside from scoring the winning goal in the 1983 German Cup final, Littbarski’s career was becoming a series of near-misses. As well as two World Cup runners-up medals, his club side finished second in the Bundesliga three times, lost two German Cup finals and were defeated by Real Madrid in the 1986 UEFA Cup final.

At the 1990 FIFA World Cup in Italy, his luck finally changed.“For that World Cup we had with many strong players at their peak such as [Lothar] Matthäus, [Jürgen] Klinsmann and [Andreas] Brehme,” says Littbarski. “We started wonderfully with a 4-1 win over Yugoslavia. That gave us momentum and a belief going into the knockout stages.”

Following an excellent performance against the Netherlands in the second round, Littbarski got injured at the end of West Germany’s quarter-final victory over Czechoslovakia and thought that might be his last-ever World Cup appearance.

“I wanted to play in the semi-final against England but [coach] Franz Beckenbauer told me he needed individuals who could fight,” remembers Littbarski. “Watching from the bench is more nerve-wracking. I panicked every time Gary Lineker got the ball. It was a terrific, evenly contested game. Once it went to penalties, however, I was confident we’d win.”

For the second time in a row, West Germany and Argentina contested the World Cup final. The night before the game Beckenbauer informed Littbarski that he’d be starting. “It was my last chance,” he says. “The key was stopping Maradona, which we managed, and we won 1-0. It wasn’t exciting, but we deserved the victory. I was second on stage to lift the trophy. What a feeling! Afterward, Chancellor Helmut Kohl came into the changing room, yet we were too busy celebrating to notice.”

A Move to Japan

After a perfect finale to his international career, Littbarski continued to ply his trade for FC Köln until 1993. Then former teammate, Yasuhiko Okudera, the first Japanese footballer to play in Europe, suggested a move to the J-League.

“I was reluctant at first as I didn’t know anything about Japan,” concedes Litttbarski. “I decided to go because Okudera’s very persuasive, the money was great, and I wasn’t delivering at FC Köln anymore. The plan was to give it around half a year. After one month I loved the place more than my own country. The traditions, the respect, the way people enjoyed the food, it just felt right.”

“Japanese football advanced rapidly during my time there … Initially, it was hectic and undisciplined”

Littbarski, whose second wife is Japanese, embraced the culture and worked hard learning the language. A hugely popular figure here, he played at JEF United and Brummell Sendai before going on to manage Yokohama FC and Avispa Fukuoka. “Japanese football advanced rapidly during my time there,” he says. “Initially it was hectic and undisciplined. Players even asked for my autograph during games. After a few years it was more organized and professional.

“The national team also made great strides. That said, getting to the level where they can challenge European and South American sides has proved difficult. Sometimes I feel the players put themselves under too much pressure. It’s hurting their chances.”

Despite easily qualifying for the 2018 World Cup, Vahid Halilhodžić was recently replaced as Japan manager by Akira Nishino following some insipid performances. The former Gamba Osaka boss must now try to steer the team through a group that includes Poland, Colombia and Senegal.

“Nishino’s a good choice,” opines Littbarski. “He knows the players well and can communicate with them directly which is important. The games will be tough, especially against a quick and powerful side like Poland, but they have a chance of getting through.”

As for the likely winners, no prizes for guessing his choice. “There are many capable sides, though if I had to pick one it would be Germany,” he concludes with a smile.