Looks like August in Shimokita is the month of the BBQ

This is a bit of a slow month for new stuff in Shimokita. It’s hard to imagine opening a restaurant in the middle of the fourth state of emergency, so we can cut the town some slack. That being said, there is some new Korean food, yakiniku and a handful of movies to check out this month. If you venture a bit further away from Shimokitazawa, you can also find a new exhibition at the Setagaya Art Museum.

A new Korean barbecue chain from Kyoto that specializes in samgyeopsal (pork belly) is opening in Shimokitazawa. If you want to indulge in deliciously fatty, sweet and salty pork belly wrapped in lettuce this is the place to be. The shop not only has delicious pork, but the lettuce is also specially bred and grown at a dedicated farm to ensure that it is the perfect taste and size to wrap up your delicious pork. Of course, you can also get a huge range of popular Korean barbecue sides like spicy kimchi or Korean cold noodles.

Jimbocho Meat Centre – High-Quality Yakiniku that Focuses on the Basics 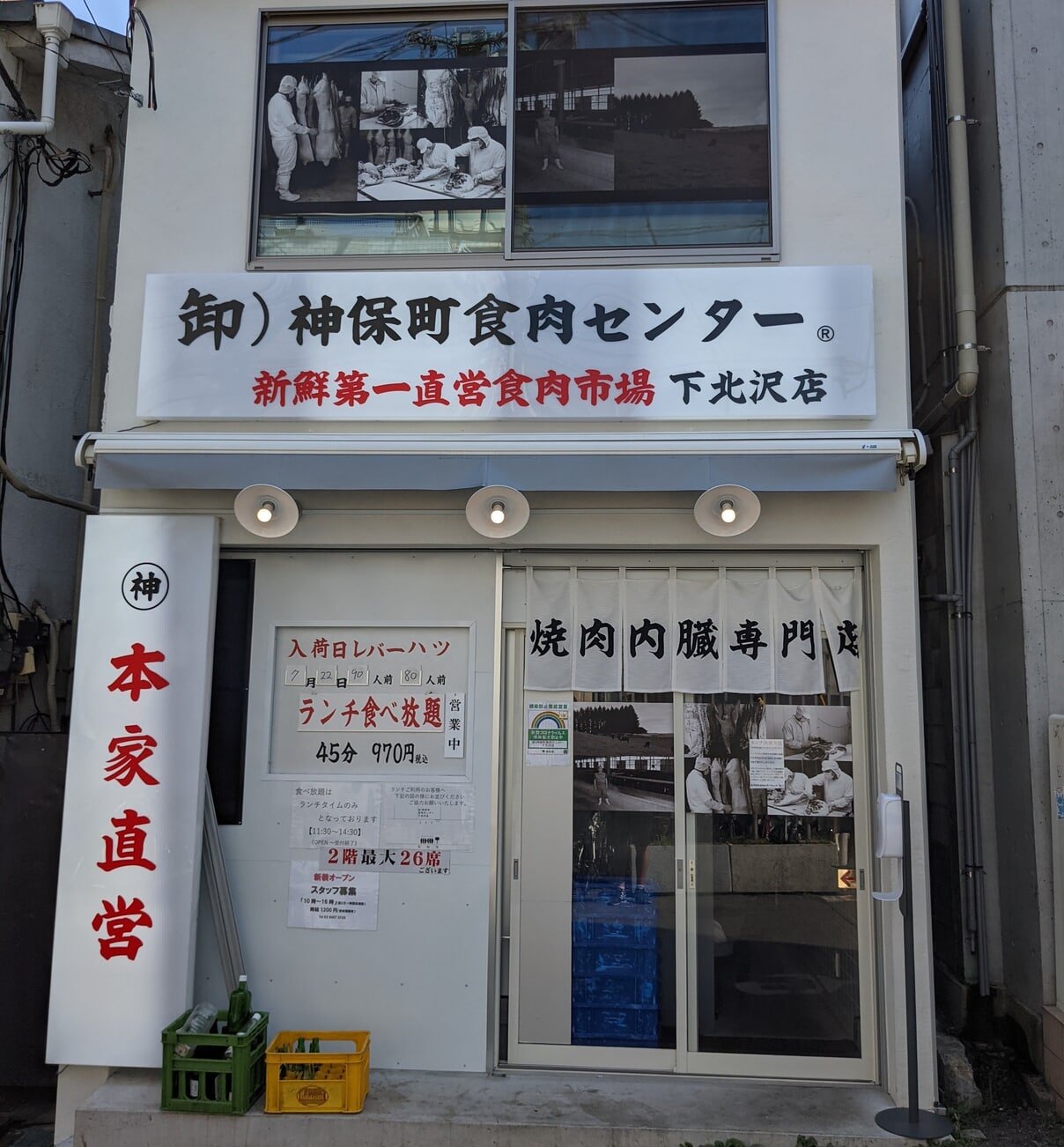 More barbecue, this time of the Japanese variety. Jimbocho Meat Centre (Jimbocho Shokuniku Senta) is a small chain of yakiniku restaurants in Tokyo. This new Shimokitazawa shop is their third and newest location. They specialize in Japanese beef and organ meat. The animals raised at the farm from where the meat is sourced are fed plums which is said to improve the flavor of the meat. The interior is as plain as the shop’s name, but this is because the focus is on the food. Stop by for some delicious and affordable yakiniku.

Petero no kaerimichi, (On the Way Back on the Slope of Petros) is a strange story about a girl who meets a man who calls himself God. Screening starts on August 14.

Shushushu no musume is a drama about a chikuwa-loving office worker who takes care of her father. The producers say to not reveal the identity of the main character on social media, so that adds some intrigue. Screening starts on August 21.

Hanataba mitai na koi o shita is a film about two strangers who meet as they miss the last train home at Meidaimae Station. Screening starts on August 21. The Setagaya Art Museum, near Kinuta Park, will be putting on an exhibition celebrating contemporary art in our era of globalization. The exhibition will have a focus on large works and will feature pieces by artists such as Robert Rauschenberg, David Nash and Jean-Michel Basquiat. 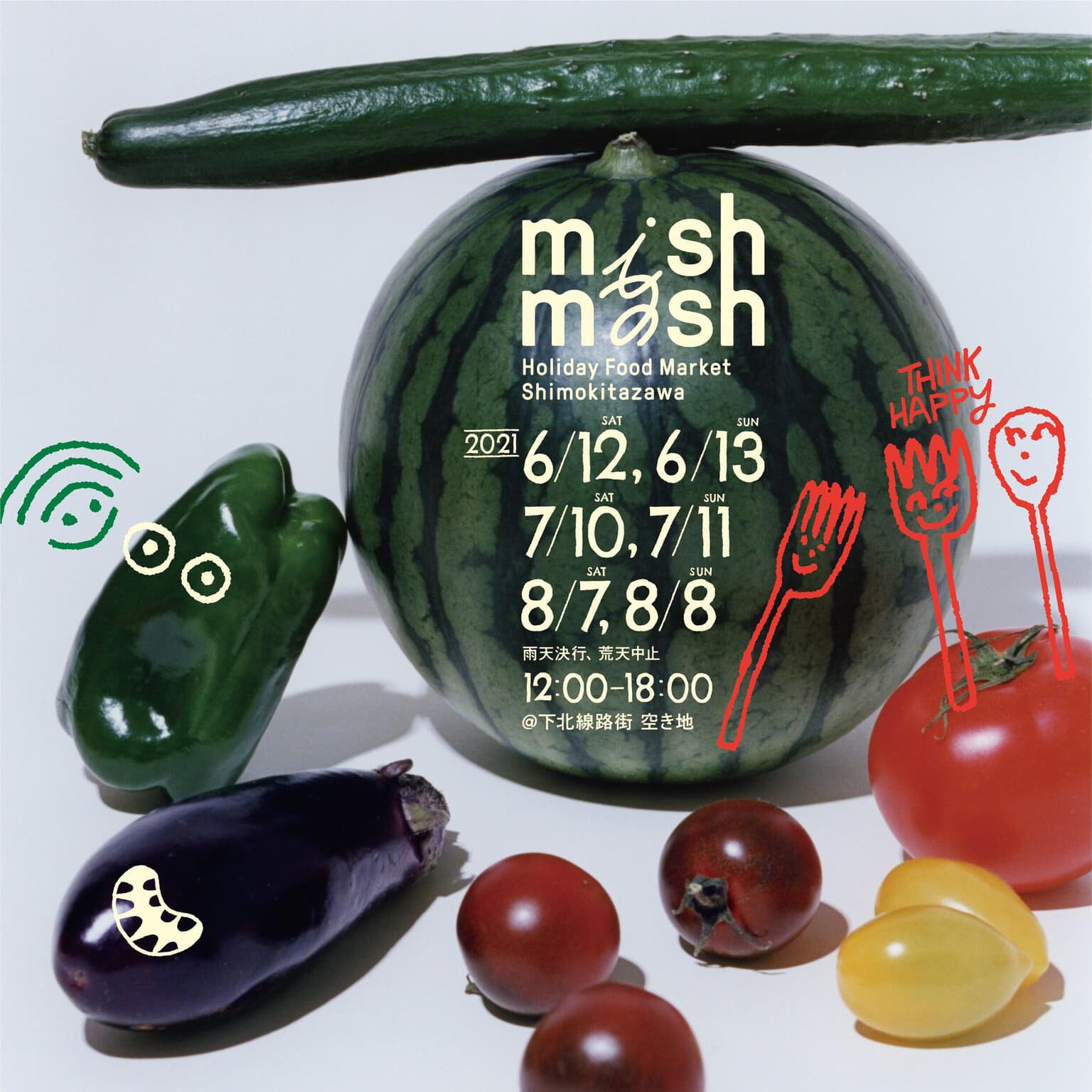 Mish Mash Food Market is a farmer’s market of sorts taking place just outside of Shimokitazawa station on weekends and holidays. The line-up of vendors often changes, but it’s always exciting. You can usually find fresh vegetables, bread, sauces, spices, wine and much more. Many of the vendors take pride in their organic produce, unmatched by mass-produced supermarket produce.

Where: Just outside the east exit of Shimokitazawa Station
When: The next one is scheduled for Aug 7 and 8 | 12pm—6pm

Want to know what else is new in town? Read our latest What’s New roundups.