While in Kamakura, there's no avoiding trying one of the many wagashi (Japanese confectionery sweets) speciality stores along the way 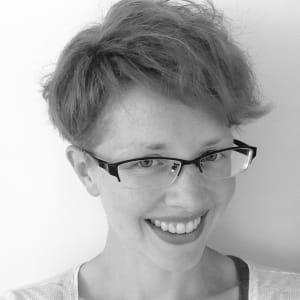 Often beautiful and delicate, always delectable, Japanese confectionery, called wagashi, have a knack for lifting your spirits as well as satisfying your sweet tooth — and they’re perfect paired with a day spent soaking up Japanese culture in Kamakura. Next time you find yourself in town, break up your visit with regular snacking sessions at the following shops that specialize in everything from simple street food to sophisticated fare fit for the finest of teahouses.

A mere 10-minute walk from Kamakura Station will have you stepping foot onto the vast grounds of Tsurugaoka Hachimangu, Kamakura’s biggest shrine. Between the station and Hachimangu, you’ll find shops aplenty peddling wagashi, both along Komachi Dori, the city’s famous shopping street, and Wakamiyaoji, the city’s main avenue and Hachimangu’s sando. Kamakura Naniwaya Taiyaki, located on a side street that runs between Komachi and Wakamiyaoji, specializes in taiyaki. The grilled sea-bream-shaped confection is a standard street food in Japan, but you’ll notice that Naniwaya’s taiyaki, with their thin, crispy crust and rich filling, are a little different from what you’re used to. That’s because these sweet treats are made completely by hand, from the batter to the anko (sweet bean paste).

As Kamakura Naniwaya is an offshoot of the originator of taiyaki, Azabu-Juban’s Naniwaya Sohonten, you know you’re getting an authentic version of the treat. In fact, you won’t even find any new-fangled flavors here — it’s all anko, all the time. It also sells inaka-shiruko, the shop’s take on the soup-like dessert made with anko and yakisoba.

In-store seating is limited, but there are benches along Wakamiyaoji perfect for a quick sit and a snack. The shop is usually closed on Mondays, but, as with every other shop mentioned from here on in, this is subject to change, particularly when national holidays come into play. Check Kamakura Naniwaya Taiyaki’s Twitter account for updates. Anyone who’s ever been to Kamakura will recognize the bright yellow bags bearing the image of the Hato Sable dove-shaped cookie. While the cookies are clearly not wagashi, the shop that makes Hato Sable, Toshimaya, produces a variety of traditional Japanese sweets.

Though there are several branch stores across Kamakura, the most impressive of the lot is the main shop, located partway down Wakamiyaoji. Large and spacious, the shop is hard to miss, especially when decorated for holidays like Oshogatsu and Tanabata.

As is standard in the world of wagashi, many treats are of a seasonal nature. A February visit might find you selecting a nerikiri (hand-shaped confection made with sweet bean paste and rice flour that reflects the season) inspired by robai (wintersweet) or ume (plum), while June will see you admiring sweets in the shape of hydrangeas.

The Hase area, home to Kotoku-in and Hase Dera among other temples and shrines, boasts a high density of wagashi shops ready to satisfy your need for a sugary treat. From the moment you leave the station, in fact, you’ll find yourself face-to-face with Japanese confections. This station-front shop is Surugaya Hase Eki-mae-ten, maker of dorayaki, a pancake sandwich of sorts with a variety of fillings.

Most of the dorayaki handmade at Surugaya have a traditional foundation—a generous daub of anko between two fluffy pancakes. From there, Surugaya gets a little wild, with toppings like butter, walnuts, and mochi. Seasonal offerings add ice cream and soft-serve to the mix, swap the anko for pumpkin paste or for shiro-an (white bean paste) served with strawberries or infused with cherry extract. Year-round, there are eight or nine varieties to choose from, leaving you spoiled for choice.

Surugaya Honten, the main shop, is located not far away on Yuigahama Dori. You’ll find other varieties of wagashi there, including the shop’s flagship confection, shio mame daifuku (mochi with black beans wrapped around a dollop of salted anko), mizu yokan (a softer version of yokan), manju (steamed buns), and colorful nerikiri.

Surugaya, both the Honten and Hase Eki-mae-ten shops, are closed Wednesdays. Should you find yourself a bit peckish after visiting Kotoku-in and the Kamakura Daibutsu, look no further than Takeya, located across the street a mere hop, skip, and a jump away. Tucked away from the road and slightly obscured by a curved staircase, the shop would likely melt into the background were it not for the photo-illustrated menu boards out front.

When it comes to options, though the shop is small, there’s plenty of variety. You’ll find several kinds of dango (rice-flour dumplings on a skewer), warabi mochi, imo yokan (sweet potato yokan), daifuku (mochi stuffed with anko) and suama (a sweetened rice flour-based confection) regularly on offer, as well as seasonal confections like dango smothered in a generous layer of sour plum-flavored shiro-an.

Takeya’s semi-concealed location is a boon on rainy days, however, as being set back from the rest of the building provides the shop with a covered shopfront seating area where several small benches have been set up. Purchase your treats, pour yourself a cup of complimentary tea, and sit back for a well-deserved break before heading out on the next leg of your Kamakura adventure. Takeya is closed Thursdays. A discussion of wagashi shops in the Hase area isn’t complete without mentioning Chikaramochiya. The purveyor of traditional Japanese confections has been serving up sweets to locals for approximately 300 years. Located on Hoshinoi Dori and just a short walk from Goryo Jinja, the shop is best known for its gongoro mochi made with freshly pounded glutinous rice and freshly made anko.

Though gongoro mochi is only available in boxes of 10 or 16, the shop has plenty of other options that can be purchased one serving at a time, including gyuhi (soft glutinous rice cakes), suama, manju, sembei (rice crackers) and candies like konpeito and ramune.

As Chikaramochiya is close to the beach, you may be tempted to take your wagashi down to the water’s edge to eat. Do so with care, the kites that call Kamakura home have no qualms slicing your fingers up to get at your snacks. Chikaramochiya is usually closed Wednesdays and the third Tuesday of each month. Down a side street not far from Hokai-ji and tucked away off the road is Misuzu, a confectionery known for its stunning nerikiri and other wagashi creations. Most of Misuzu’s business is done by reservation, and very few extra boxes are prepared for walk-ins. If you’re determined to walk away with a box of sweets, be sure to call several days in advance. Otherwise, it’s all about luck.

Wagashi are sold in boxes of six or so confections, and you can expect to pay around 2000 yen or more per box of sweets so stunning it’s almost a sin to eat them. Misuzu is closed on Tuesdays. Beyond shops, wagashi can be enjoyed at Jomyo-ji, Hokoku-ji, and Engaku-ji temples. When visiting Engaku-ji, pop by Butsunichian, where you can order wagashi as part of a matcha tea set, though be advised that you won’t get any choice as to what kind of wagashi you’re served.

Sweet tooth still not quite satisfied? Kamakura is home to many more shops specializing in one confection or another, like Wasabo Kamakura Sakura No Yumemiya and its Instagram-worthy dango on Komachi Dori and Kosuzu Warabi Mochi Kura and its pillowy warabi mochi on Yuigahama Dori and Wakamiyaoji. With so many options, it’s easy to sweeten your stay in Kamakura.