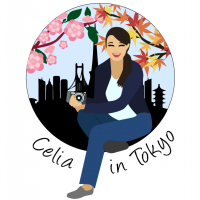 A city that is constantly pushing the architectural boundaries while staying true to traditional Japanese aesthetics, Tokyo is a playground for design lovers. From glass buildings to intricate patterns to multi-colored doorways, capturing the city’s most visually striking buildings has become a passion for both professional Instagrammers and casual users of the app. Here are ten of Tokyo’s most Instagram-worthy pieces of modern architecture.

The Tokyo International Forum is one of the most recognizable landmarks in Tokyo. Designed by Uruguayan-born architect Rafael Viñoy and completed in 1996, this immense complex near Tokyo Station is home to concert theatres, conference rooms, exhibition areas, restaurants and shops. Linking all of these different spaces is an enormous 210-meter-long, 60-meter-high lobby called the Glass Building. Made completely of glass and steel, the amazing architectural design is often likened to the hull of a ship that is about to sail off into the future. With its elegant curves and glass walkways that seem to float mid-air, the Forum is a photographer’s dream. Map. For more while in the area, check out our Marunouchi area guide.

A recent ‘it’ place that has captured the eye of some of the biggest names on Instagram, the Soho in Odaiba is a public office space unlike any other. Built in 2010, this 13-story building features an array of stylish and innovative workspaces that provide a place for businesses to seamlessly blend work and play. From the outside, the Soho is an unassuming, monochromatic cube. However, entering the lobby will make you feel like you’ve stumbled upon one of Tokyo’s hidden treasures. Best viewed from a mid-level balcony, the open-air hallways on each level feature an explosion of bold, vivid colors that captivates all who pass through. It’s easy to see why photographers go crazy over this place. Map

A standout among the high-end fashion stores in Aoyama, Prada’s six-story glass building was designed by Swiss architects Herzog & de Meuron and completed in 2003. Considered one of the most impressive works of architecture in Tokyo, the five-sided structure is made of flat and curved diamond-shaped glass panes that give the feel of an optical illusion. The transparent walls not only show off the store inside but reflect the neighboring buildings and passers-by in an intricate and ever-changing way. The unusual honeycomb-like pattern is even more photogenic at night when warm lighting shines from within the black frames. Map

One of the trendiest districts of Tokyo, Harajuku presents one of the most exciting pieces of architecture. Tokyu Plaza Omotesando Harajuku was completed in 2012, having been designed by Japanese architect Hiroshi Nakamura & NAP. Taking the escalators up through the tube entrance into the shopping complex will be the ride of your life. Covering the walls is a mass of triangular-shaped mirrors of all sizes that have been positioned at precise angles. The visual effect is a life-size kaleidoscope in constant motion reflecting the people, the city, the time of day and the season. No two visits are the same, and no two photographs are identical. Map

SunnyHills is like a mysterious forest in the midst of a concrete jungle. Created in 2013 specifically for the business hidden inside – a Taiwanese pineapple cake shop – the building façade was modeled on a bamboo basket. With this project, Japanese architect, Kengo Kuma, brought timber back into the city, a material that has long been excluded due to its risk factor in an earthquake-prone country. Bringing a modern twist to the traditional jigoku-gumi joinery system where wooden struts interlock without glue or nails, SunnyHills stops everyone in their tracks and draws them in for a closer look. Map

At a height of 634 meters, Tokyo Skytree is the tallest self-supporting tower in the world. Colored in a blue-tinged white, the tower blends in with the sky and clouds during the day, then after sunset, transforms into a gleaming colorful LED beacon. A giant among a vast skyline of high-rises, Tokyo Skytree not only provides an exceptional view from its observation decks, but the tower itself is a major source of architectural eye-candy. The vantage point from Jikken Bridge is one that Instagrammers can’t get enough of. On a still day, a perfect mirror reflection of the tower is visible straight down the middle of the canal, creating a stunning double Skytree effect. The only challenge is trying to fit the whole thing in the frame. Map

A facility that houses art exhibitions, the National Art Center is actually an intriguing work of art in itself. Designed by Japanese architect, Kisho Kurokawa, the 21-meter-high lobby is enclosed by a glass and steel curtain that undulates like ripples in a pond. This exceptionally impressive wall blocks UV rays while bringing in the surrounding greenery and flooding the atrium with soft, natural light. As the sun goes down, a fascinating grid of shadows is cast over the two inverted concrete cones and wooden floor, creating endless inspiration for photographers. Map. For more things to do in Roppongi, read this area guide.

One of the newest buildings on the block, Ginza Place was created in 2016 by Klein Dytham, an expat architect duo based in Tokyo. Sitting across from the iconic Seiko clock tower at Ginza’s main crossing, it houses Nissan and Sony showrooms, shops and restaurants. In a district known for its sophistication and contemporary architecture, Ginza Place delivers a mesmerizing façade inspired by sukashibori, a cut-out decoration method popular in Japanese crafts. The 5,315 aluminum panels resemble the checkers on a finish line flag, reflecting not only the fast-paced motion of the intersection below but the ever-evolving state of Tokyo city. Map. There’s much more to do in Ginza. See how you can make it a day trip here.

This iconic piece of Tokyo architecture is one of the few traces of the Metabolism movement left in the city. Contradicting the motto of design to easily destroy, the Nakagin Capsule Tower is today used as residential and office space. Though it’s demolition was considered for a long time back in the 2000s, it was estimated that the cost per each capsule was of around 6.2 million yen, making it much more expensive than if left erect. Thankfully, it wasn’t taking down and the tower is one of Shinbashi’s more nostalgic features. Map

This Tsutaya is one of Daikanyama‘s most recognizable buildings thanks to its unique exterior inspired by the brand’s logo. Located at T-Site, the bookstore is separated into two distinct spaces and houses everything from photography and fashion encyclopedias to the latest Japanese novels and magazines. It’s also home to a Starbucks as well as many outdoor tables to sit, read your book and enjoy the spring and summer weather. The neighborhood is rich in culture and delicious eateries, and, most importantly, lots of down owners. Map