5 Makeup Essentials to Transform into a Geisha

Makeup and beauty trends fluctuate with the season but the classic look of Japan's geisha stands the test of time – here are 5 geisha makeup essentials. 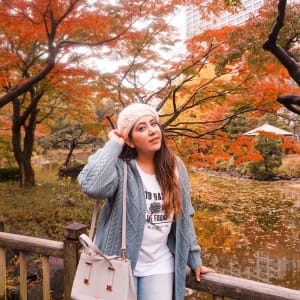 When you talk about makeup trends in Japan, it’s needless to say that the geisha culture has had an eternal influence on the perception of beauty even at the present time.

If you have ever wondered what goes behind the curtains to get the dreamy and flawless look of a geisha, we have got you covered as we spoke to Mame-san and Maru-san from Meet Geisha and Harun- san at Studio Nanairo about five makeup essentials that are part of a geisha’s beauty routine.

According to Mame san, “bintsuke-abura” (a type of oil or wax mixture) is the first essential step to their makeup, that not only creates a protective barrier between the skin and the makeup, but also serves as a great base primer to set the face powder, prevent pores from clogging and keep the face sweat-free. 2. Getting the foundation right

The next part of geisha’s makeup is “oshiroi” or the white face powder that has been synonymous with their identity in popular culture. The white powder (which used to be made from seashells but these days is made from starch or rice powder) is mixed with water to form a thick paste and is applied to the face and neck using a special wooden brush called “itahake” that is usually made from goat hair. Once the foundation paste is applied, it is set using a big round sponge that can definitely put those small powder puffs to shame. Historically, it’s known that geishas started painting their faces with white powder in the past as there was no electricity in Japan and candles were the main source of light during the tea ceremonies and events. Therefore, to make their faces look more bright in the dim light and to have prominent facial expressions during their performances; this porcelain look became an important and traditional aspect of a Geisha’s appearance.

While the media has made us believe that Kardashians perfected the art of contouring, geishas have been known to perfectly contour their faces since ages.

To add a hint of color to the face and make the features more vibrant, a pink or red colored highlighter known as ‘tonoko’ is used on the nose and corners of eyes, which is similar to the modern-age contouring.

Mare-san says that she puts tonoko around the eyes, as the look resembles the famous Japanese snow monkey.

While traditionally geishas used products that were made using elements from nature like safflower, rice powder and lead; there are a wide range of professional products available now – like a special line of cosmetics by Mitsuyoshi that is used at Studio Nanairo to transform their customers to look like a geisha.

To get a geisha’s expressive and striking eyes, a lot of attention is paid to get them right – as any wrong step here would mean re-doing the entire makeup.

First, ‘beni’ (a red pigment made of mineral oil and some are made of red bugs) is applied on the eyebrows for a subtle hint of color, which is then painted over with a black liner. A geisha’s eyebrows are neither too sharp nor too thick, and have a soft look. Beni is also applied on the eyelids covering from the inner corner to the outer corner, layered with a black eyeliner and sometimes a mascara to the eyelashes.

5. Finish with a lipstick

The multi-purpose ‘beni’ comes handy as a lipstick as well and is used more sparingly using a beni-hake (brush) for a crimson effect on the lips. While a maiko only paints her lower lip, a geisha paints both her lips but smaller than their natural shape to create an illusion of a flower bud. Haruna san says that the entire geisha makeup process takes about 30-40 minutes at their studio, whereas Mare-san can do the makeup routine in about 15 minutes as it has become a part of her lifestyle. At the end of the day, the makeup can be removed easily using a dissolving oil that takes about 5-10 minutes.

If doing this geisha makeup routine on your own isn’t your cup of tea, you can pay a visit to Studio Nanairo to transform into a geisha seamlessly and get your pictures clicked as a memorophilia.

But if you fancy meeting a real life geisha virtually, join a live streaming with Hakone Geisha at Meet Geisha wherein you would be able to watch the highlights of a day in the life of a geisha in an hour.