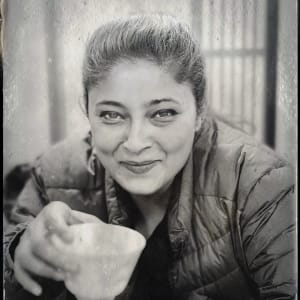 As the worldwide coronavirus pandemic continues to affect our lives and restrict our travel, many people still aren’t able to get out and discover Japan’s best travel destinations. Instead, live vicariously through these movies that introduce and highlight some of the most beautiful locations in Japan.

One of the final movies in the career of groundbreaking director Akira Kurosawa, this film is set in a small farm town of Kyushu near Nagasaki. A compelling but minimalistic narration follows the story of four teenagers as they visit their grandmother over summer at their ancestral rickety wooden house in the middle of the paddy. A constant background of buzzing cicadas, forest adventures, Buddhist ceremonies and an afternoon waterfall swim all make for the perfect farm break.

An achingly beautiful chemistry starts to take shape as the teenagers spend more time with their grandmother sharing humble meals, listening to her stories, gazing at the moon and strolling through the fields surrounded by the silent mountains. In the second half you see Nagasaki in the bright colors of youth in a post-World War II era as the teenagers take a trip to see the bombarding sites of Nagasaki and the school where their grandfather was a teacher while the blast happened.

Though the movie urges on a higher level that the wars are to blame – not the people in principle – it was considered a controversial movie at the time as the approach was perceived one-sided.

A delicately nuanced film that revolves around the friendship of a middle-aged actor and a young married girl who meet in a hotel in Tokyo. Almost entirely shot in Japan, the story juxtaposes the thrill of a night out in the loud and colorful entertainment districts of Tokyo to the calmness one experiences in being at a shrine.

A major commercial success, and winning two Academy Awards, the movie directed by Sofia Coppola, and starring Bill Murray and Scarlett Johansson, takes you through order and chaos of the modern Tokyo life. The mood of the film is set with the neon and graphic streets of Kabukicho in Shinjuku district. The movie shares beautiful imagery of Shibuya Scramble (filmed guerilla-style), Tokyo Tower and Rainbow Bridge.

The film showcases the serene side of the country as well when the actress travels to Kyoto by shinkansen and visits the famous Nanzenji temple and the Heian shrine. While Murray is shown playing golf in Kawaguchiko area with the most iconic views of Mount Fuji.

This bittersweet melodrama by highly acclaimed director Keisuke Kinoshita is about a lighthouse keeper and his wife and their travels to 10 different lighthouses across Japan’s coastline over a span of 25 years of marriage, starting from 1932.

The opening scenes are filmed at the famous Kannonzaki site of the country’s first lighthouse, where a statue of the films main stars now stands. The fascinating camerawork captures esthetically framed lighthouses, including the expansive shots of the Hajikizaki Lighthouse at Sado Island. The couple’s journey takes us through some of Japan’s most remote areas along the coast, and their at-times life-threatening situations help evoke the feeling of immense gratitude towards the lighthouse staff.

The heart of the film lies at the edge of the raging waves as they cut through the cliffs where the lighthouses stand tall making for a postcard collection.

An Academy Award-winning motion picture, and a must-watch movie by the internationally celebrated director Rob Marshall, that changed the face of tourism for Kyoto. Though not entirely filmed in Kyoto, the classic tale highlights Kiyomizu-dera temple, the Fushimi Inari shrine and the bamboo groves of Arashiyama.

The film is about the life of a 9-year-old girl who is sold by her father to a geisha house and her transformational journey into becoming the most celebrated geisha of her time. This movie introduced the concept of geisha to most of the Western world and at the same time celebrated the harmony of the unique Japanese ways of life.

The art of traditional green tea ceremony, beauty of the Zen gardens, the classical Buddhist temples, alongside the perfect backdrop of the Edo period town houses (machiya) in the historic Gion district, the waft of a burning incense and the sight of a bright vermilion torii gate all make for a quintessential Kyoto experience.

An Oscar-winning Japanese movie shot in the city of Sakata and surroundings in the Shonai region of Yamagata Prefecture in northern Japan. Like a well-crafted piece of art, this is a moving tale of balanced humor and subtle pathos showcasing beautiful cinematography.

The narration follows the life of a man who returns to his hometown after a failed career as a cellist and happens to work as a traditional mortician. The latter develops as he has to fight prejudices of people around him while he comes to appreciate his work. Initially considered a taboo subject, Departures brought distinguished Japanese director Yojiro Takita instant international recognition.

The Sakata building that served as the mortician’s office a well-known film location. However, the film’s most memorable scenes were shot in the wild fields of the Gakko river, set in the shadow of snow-covered Mount Chokai. Departures sweeps us to farmlands, old-fashioned woodfire bathhouses portraying a rural Japan which barely ever gets to the masses.

The article introduction was updated in Nov 2021.