Let’s Go to the Movies: A Travel Guide

Take a cinematic trip around Japan by following the footsteps of some of our favorite on-screen characters, and visiting some of the country’s most picturesque film locations.

Fans of Star Wars may be interested in the white rugged cliffs of the Horai Valley in the Rokko Mountains. Not far from Kobe, it’s one of the main locations of Akira Kurosawa’s adventure film The Hidden Fortress, which George Lucas said inspired parts of his own saga. Himeji Castle, the prefecture’s premier site, is shown in two Kurosawa flicks: Kagemusha and Ran, as well as the James Bond movie You Only Live Twice. Nearby at the top of Mount Shosha in Himeji lies Engyoji Temple where Nathan Algren (Tom Cruise) and Katsumoto (Ken Watanabe) had some of their conversations in The Last Samurai. During your stay in Hyogo, it’s worth taking a trip to the scenic highlands of Tonomine and Mineyama, both of which featured heavily in Tran Anh Hung’s adaption of Haruki Murakami’s bestselling novel Norwegian Wood.

Unsurprisingly Kyoto features in many domestic and international films. One of the most memorable scenes in Memoirs of a Geisha is of a young Chiyo running through Fushimi-Inari Taisha‘s vibrant orange torii gates, arguably the number one tourist spot in the region. Many people like to visit Heian Jingu to recreate one of the more reflective parts of Lost in Translation where Charlotte (Scarlett Johansson) walks around the shrine’s garden before skipping across the pond’s stone walkway. Legendary Japanese filmmaker Kenji Mizoguchi would often shoot his movies in Kyoto, including classics such as Sisters of the Gion and The Life of Oharu. He was particularly fond of Ninnaji Temple, famed for its late-blooming cherry trees that draw huge crowds every year. The shooting of jidaigeki (period drama) films can be observed at Toei Uzumasa Eigamura (Toei Kyoto Studio Park). 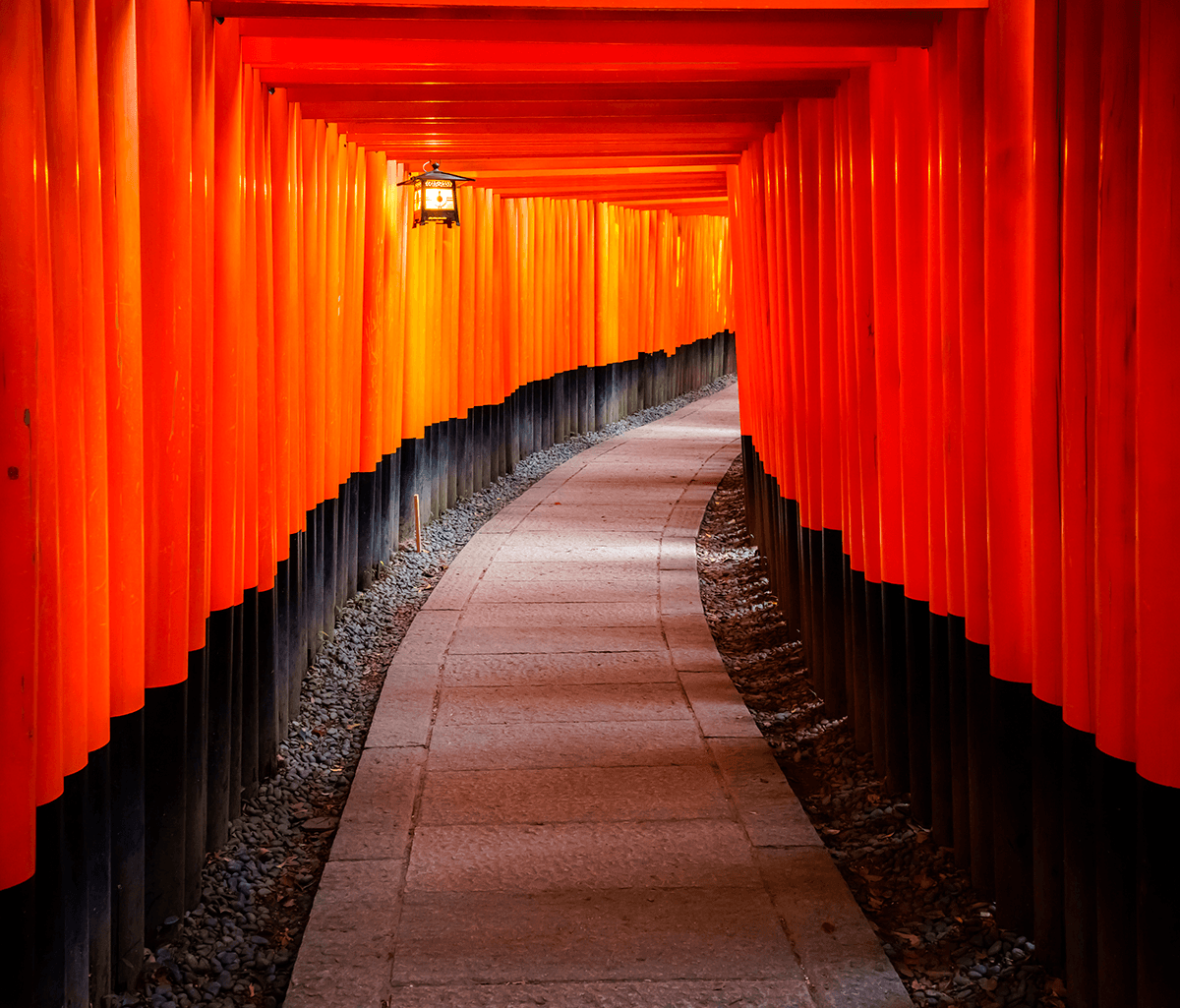 OK, so it may not be the actual filming location, but Yakushima (pictured at top) must be included as it provided the inspiration for Hayao Miyazaki’s masterpiece Princess Mononoke. A gripping tale exploring the impact of humanity’s greed on the environment, it’s no surprise that it’s set on this mysterious tropical island in Kagoshima Prefecture famed for its world-class hiking trails, haunting forests and enormous cedar trees, some of which are over 1,000 years old. Yakushima is a 30-minute flight or a three-hour ferry ride from Kagoshima City, another destination well worth visiting particularly to witness the active volcano, Sakurajima. The bay of Kagoshima can be seen in numerous movies including Hirokazu Koreeda’s tearjerker I Wish and Tora! Tora! Tora!, the Japanese-American historical drama that realistically portrayed the attack on Pearl Harbor in 1941.

External shots of Hashima Island, better known as Gunkanjima (Battleship Island) were used in the 2012 James Bond film Skyfall. One of 505 uninhabited islands in Nagasaki Prefecture, it’s an eerie, yet fascinating place that’s full of concrete buildings that were abandoned after Mitsubishi closed its mine there in 1974. Re-opened to the public 35 years later, it was recently approved as a UNESCO World Heritage site. Based on novels by Ryu Murakami and Shuichi Yoshida, Lee Sang-il’s movies 69 Sixty Nine and Akunin (Villain) were both shot in Nagasaki City. This was also the setting for Shusaku Endo’s book Silence, though Martin Scorsese’s recent big screen adaptation was filmed in Taiwan. The American director did visit many sites in the region that inspired the film such as the 26 Martyrs Monument and Unzen Jigoku (Unzen Hell), a hotspot of volcanic activity where Christians were tortured to death. The city of Furano is a favored location for many directors. Particularly striking in July when the lavender fields are in full bloom, it’s probably most well-known for the popular drama series Kita no Kuni Kara (later turned into a TV movie). Ikutora Station in Minami-Furano became a sightseeing spot in 1999 after it was used in the heartwarming tale Poppoya (Railroad Man) starring Ken Takakura. He also played the lead role in Yoji Yamada’s 1977 film The Yellow Handkerchief, set in the now destitute city of Yubari that went bankrupt in 2007. The number of Chinese tourists traveling to Hokkaido soared in 2009 thanks to Feng Xiaogang’s box-office smash If You Are the One. Locations that could be seen in the film included the UNESCO World Heritage site of Shiretoko, the wetlands of Kushiro and the city of Abashiri, famed for its prison and drift ice – which can be observed in the Okhotsk Sea during winter. 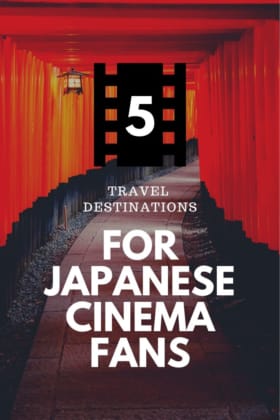