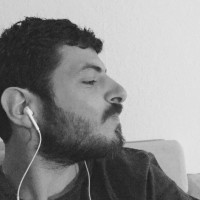 In the 65 years since the Godzilla first emerged from the ocean as a byproduct of the underwater nuclear testing in Ishiro Honda’s 1954 masterpiece Gojira, the giant lizard has become an icon of the atomic era.

Recognized by Guinness World Records as the longest-running film franchise, Godzilla has appeared in more than 30 films and a ridiculous number of video games, comic books and TV shows.

Young Spanish filmmaker Jonathan Bellés was inspired to create the documentary The Dawn of Kaiju Eiga, which explores the relationship between the atomic bomb and the birth of Godzilla and fellow kaiju eiga monsters like Mothra, Megalon and the bionic Mechagodzilla.

Bellés conducted interviews with more than 23 Japanese artists that have shaped the cultural icon for well over six decades, including Akira Takarada, star of Honda’s original film.

Bellés presented his documentary at an exclusive premiere at Instituto Cervantes Tokyo on April 2 and spoke with TW about the long-lasting appeal of Japan’s pioneering monster.

When did you start to be interested in Godzilla and kaiju eiga monsters?

I think it goes back to when I was eight years old and my mother’s best friend showed me Godzilla for the first time. I loved the monster and the visual aspect of it right away.

Since then, my interest has never faded and it became part of my life. I even decided to do my master’s thesis about Godzilla. My background is in fine arts, filmmaking and marketing, so I wanted to show that Godzilla is much more than an entertainment movie.

Why did you decide to film the documentary, The Dawn of Kaiju Eiga?

First of all, my idea was to show in a documentary that Godzilla is more than a man in a costume. I wanted to explore the relationship between kaiju eiga monsters and the atomic bomb, and how this culture is wired in Japanese society and in the Godzilla film industry since 1954.

I chose a documentary because it’s the closest to a book in an audiovisual format, and I wanted to include the real people involved in the creation of this icon during all these years. So finally in 2014 I decided to travel to Japan to start interviewing the protagonists.

What did your learn from working with Japanese movie legends like Akira Takarada, Haruo Nakajima, Kenpachiro Satsuma, Teruyoshi Nakano and Shinji Higuchi?

From Akira Takarada, one of the most iconic Godzilla’s actors, I learnt gallantry. He truly is a gentleman and his gestures are always kind. He is also full of energy for his age.

And from Kazuki Omori, a Japanese director and screenwriter, I learned that ‘not everything is as complicated as it seems.’ His approach to Godzilla was to create a movie that is like a rollercoaster, just for fun, without backhanded meaning. And that is fine too.

There is a new Godzilla movie coming out soon. Why is Godzilla still culturally relevant after all this years?

Godzilla is a reflection of Japanese society. The feeling that something bad – like an earthquake or tsunami – can happen is always there. And once it’s happening, like with Godzilla, there is not much to do about it.

After six decades, what is in your opinion the best – and worse – Godzilla movie ever made?

Probably the best movie is the Ishiro Honda film from 1954. It has a well-deserved cult movie status and even the most notable director of Japanese cinema, Akira Kurosawa, was a big fan of this movie.

Interestingly, both Kurosawa and Honda were colleagues in film school, but Honda was forced to drop out and fight in World War II. Honda’s experience adds depth to his version of Godzilla and features the element of nuclear threat.

Arguably, the worst version is the Hollywood’s 1998 movie of Emmerich. I would say that if I considered the movie as a Godzilla movie – which I don’t – in my opinion this movie is more like a Tyrannosaurus rex attacking a city than a Godzilla film.

The documentary premiere is at Instituto Cervantes in Tokyo – what is the next chance to watch it? Is it coming back to Tokyo anytime soon?

I’ve been working on this documentary for seven years. To me it’s great to premiere here in Tokyo and of course I would be glad to come back. After this showing, we will be doing a double showing at G Fest in Chicago, the largest Godzilla gathering and festival in the world.

What was the most interesting part about filming in Japan?

It was interesting to learn about the Japanese culture beyond the films. It was amazing to be able to come here and experience it. I visited Tokyo, Osaka, Hiroshima, etc. and I was able to visit the studios, meet the artists so my whole experience here has been amazing.

Why should people see The Dawn of Kaiju Eiga?

This is a documentary that shows the atomic era, the constant threat of a nuclear disaster. I learned that Godzilla is not as terrifying as it seems and that the monster itself is also a victim of the nuclear explosion. Therefore, the idea of Godzilla links Japanese history, culture and society in a particular way that makes you understand in depth Japan as a whole.