Kit Kat Japan can’t be accused of not thinking outside of the box when it comes to creative ideas for its flavors — even when they’re April Fools’ jokes. This year saw the birth of Kit Kat “sushi” in honor of the brand’s Ginza shop opening, as well as a yogurt-flavored bar to help raise funds for Iwaizumi, a town in Iwate Prefecture that was struck particularly hard by a typhoon last year.

This time, Kit Kat has recently launched two themed projects for our eating pleasure. One is a collaboration with one of Tokyo’s best known souvenir sweets and the other, something else entirely.

Kit Kat has partnered up with one of Tokyo’s most famous and most popular souvenir sweets brands, Tokyo Banana. This normally spongy soft banana-shaped treat with a creamy custard middle has been transformed into Kit Kat’s classic crunchy bar — but with a twist. Instead of two completely separate bars, the blocks combine into one almost-but-not-quite banana shaped bar. The bar features Tokyo Banana’s brand name as well as an image of the treat’s namesake. 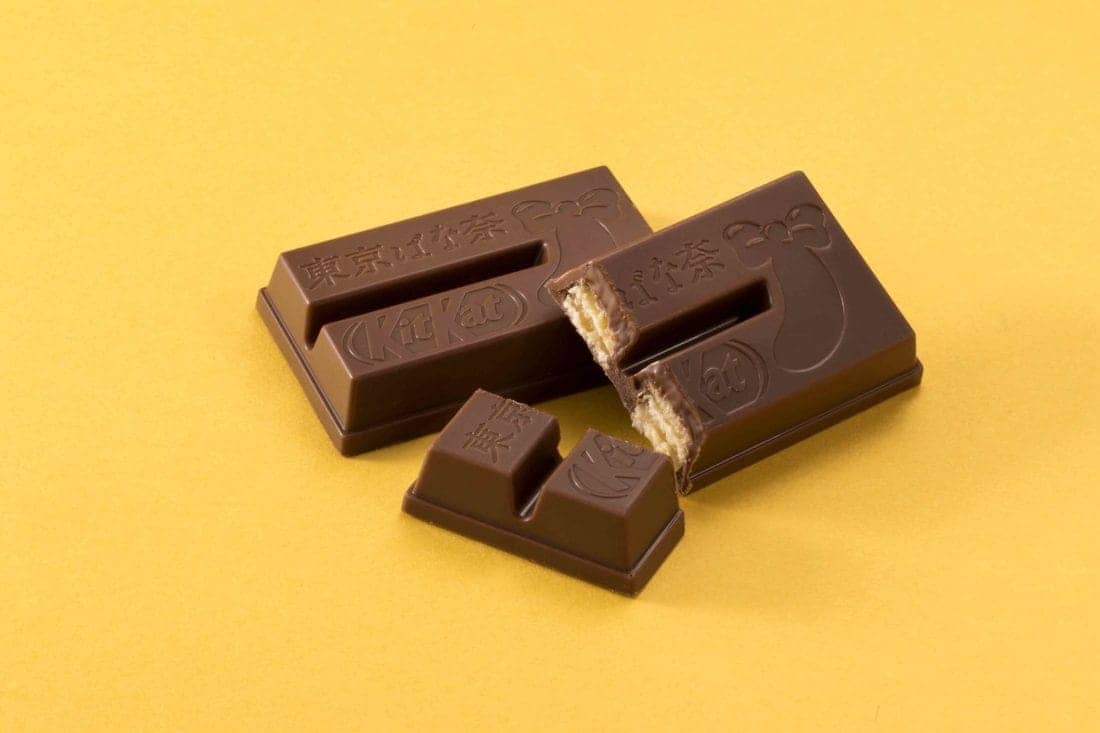 The Tokyo Banana Kit Kat box are on sale at Tokyo Okashi Land inside Tokyo Station. A box of eight will cost ¥650, while a box of 15 will set you back ¥1,200 (tax not included). The banana-inspired bars will be available at Kanto-based airports, major train stations and souvenir shops at service stations from January 10, 2018. If you have trouble finding a birthday present for the person who has everything, why not give an edible birthstone a try? Top patissier Yasumasa Takagi has worked together with Kit Kat Japan to create a signature flavor for every month of the year. The series started in November this year, with each new flavor/birthstone being released on the first of the associated month. Each birthstone box set comes with three Kit Kat wafers: one birthstone bar and two specially selected Kit Kat chocolate wafers that match that flavor. 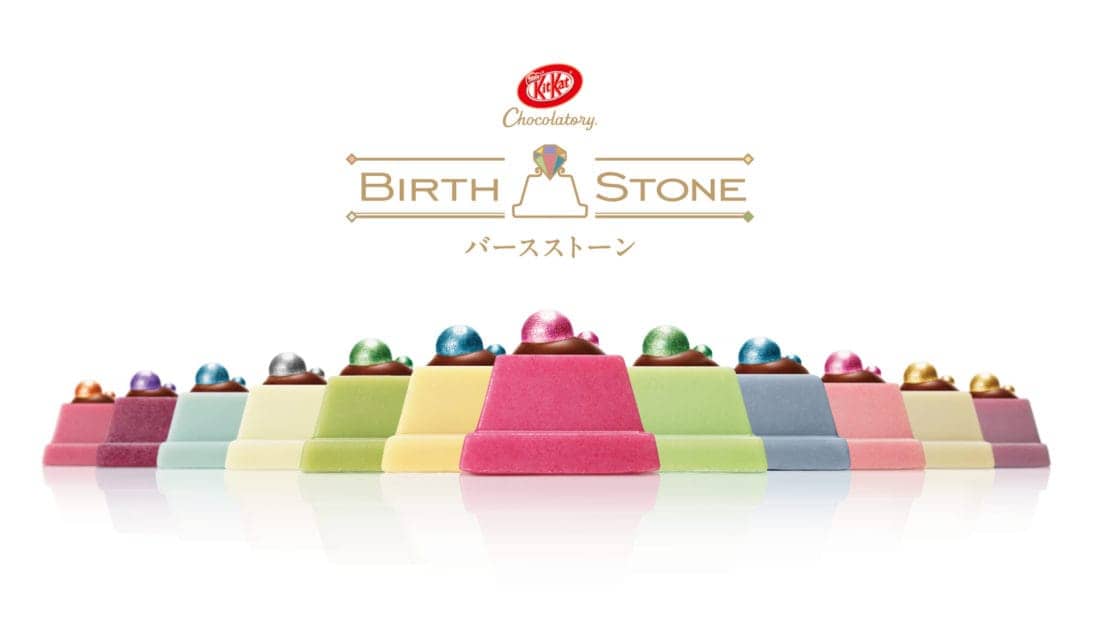 November’s birthstone is Topaz “flavor,” which is inspired by hints of chestnut and pairs well with Kit Kat’s Sublime series, which is why it is coupled with two Sublime bars. The set of three costs ¥1,485 and can be bought in Chocolatery stores across Tokyo or online, via the official website.

New monthly flavors will be released on the first of every month and will only be available for that month, so if you want one for your birthday, then you’d better make sure you go while it’s still available!

Do you go bananas for Kit Kat’s brand new flavors, or do you stick to the tried and tested favorites? Let us know!