Ise Shima: The Land of Gods and Leaders

Host to the foremost sacred location in Japan, Ise Jingu, and home to the most revered deity in the land, the sun goddess Amaterasu, Ise Shima in Mie Prefecture may from this year onwards be thought of as the land of leaders.

It was on the peninsula that heads of the world’s leading economies – Shinzo Abe, Barack Obama, Angela Merkel, among others – gathered for this year’s G7 Summit.

It’s easy to see why Ise Shima and its verdant islands and azure seas have become a play area for presidents and prime ministers, not to mention royalty. On land and in the sea, its lush flora and vibrant fauna has attracted visitors from home and abroad. The region’s illustrious culture—which include a plethora of rites and rituals, a myriad culinary offerings, and a million cultural expressions—are slated for certification by UNESCO.

All this is quite apart from its famously friendly locals, who are epitomized by the region’s famous ama pearl divers, a generation of women who have become cultural icons in their own right—their diving culture has been designated an “intangible folk cultural property.”

Actually, one of the rare pleasures when visiting Ise Shima is to enjoy lunch within an ama “hut” – a makeshift enclave where women divers traditionally take shelter from the elements. There, you can converse with the divers as they prepare a delicious meal of oysters, abalone, and seaweed, together with miso soup, rice, and tea. You can really taste the care and warmth with which the dishes are made. Chatting and dining with ama divers can be fun, as can the many boat tours on offer around the islands. With pickups a short shuttle bus ride from your resort, you can take in the small and large islands, as well as beautiful bays dotted with small-scale fishing operations, around Kashikojima, an island that was the site of the summit.

Back on land, you will be spoilt for choice by the sheer number of holy sites that make up Ise Jingu – there are 125 of them to admire. But the best thing about Ise Shima is the easygoing yet professional service culture, as well as modern offerings such as luxury hotels and resorts, ryokans and spas, museums and galleries. Free Wi-Fi internet access is readily available, even if English language capacity may sometimes be limited.

To get to Ise Shima, it is recommended that you take the Shinkansen to Osaka, Kyoto or Nagoya, and then transfer to the Kintetsu Limited Express trains. These bespoke luxury services are attractions in their own right, and include the premium express Shimakaze train, which offers fine dining, private cars (with Western or Japanese fittings), a cafe, salon, and stunning views.

For accommodation, few places fit the bill better than Shima Kanko Hotel. The resort has three buildings: The Classic, which has an aristocratic atmosphere; The Bay Suites; with a variety of elegantly decorated guest rooms; and, The Club, which pays homage to traditional design. 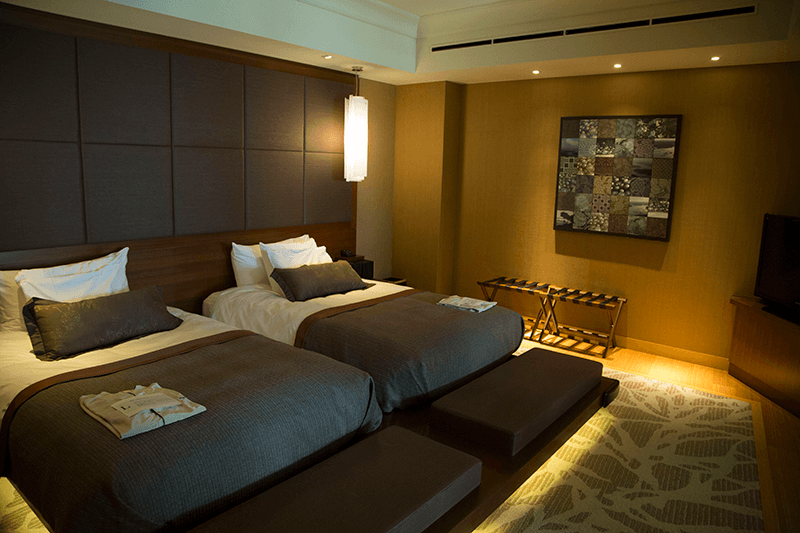 It is in these very rooms that royals, presidents, and prime ministers have sought solace in the unique serenity of Ise Shima, and now you can too.

–Words and pictures by John Amari