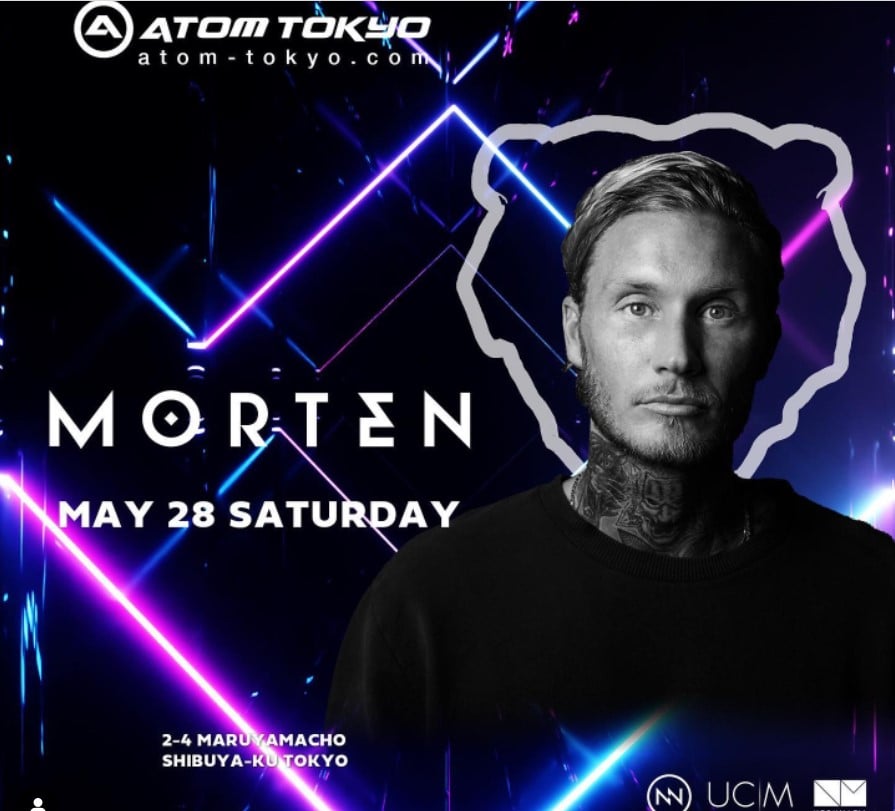 This summer MORTEN will be playing on stages such as EDC Vegas and Tomorrowland, along with his recently announced Future Rave Residency at Hï Ibiza alongside David Guetta. So, Come experience the take over by the sounds of Future Rave in Japan’s own ATOM Tokyo.