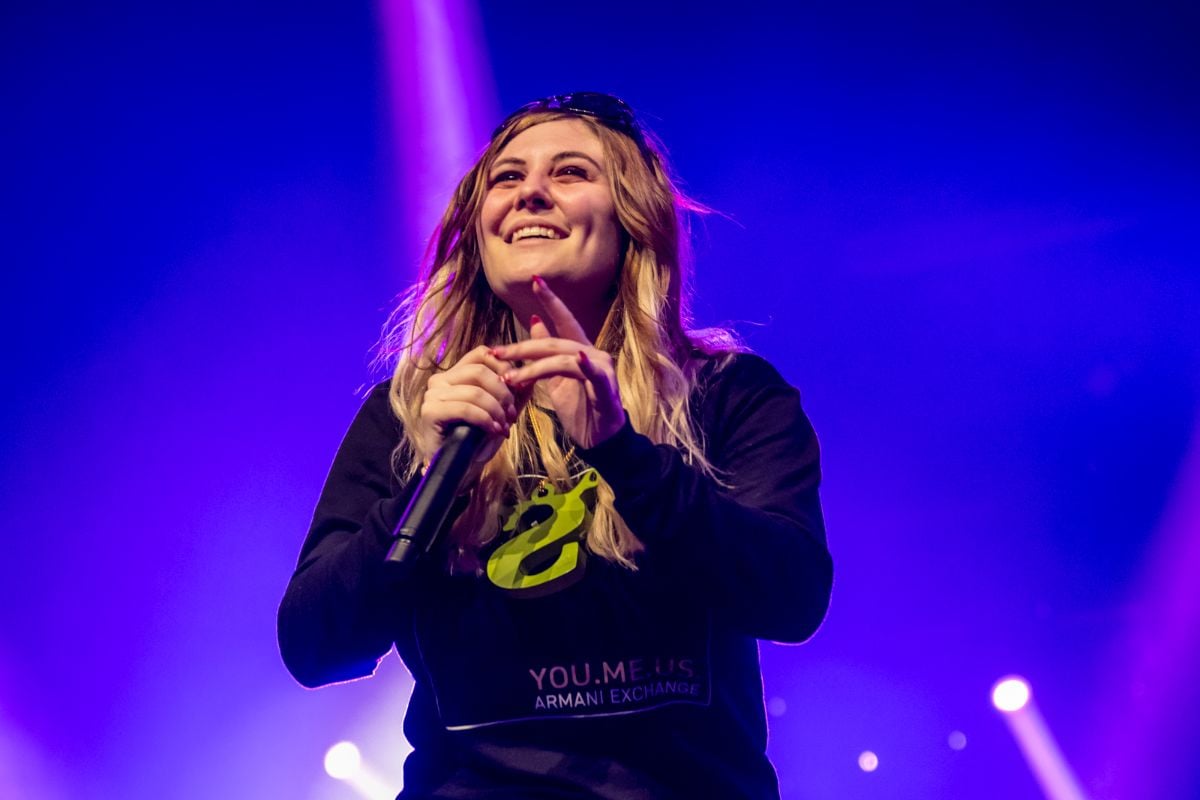 Demondice: “If you want to listen to a 20-something millennial losing it, then give my music a try”

Depending on the kind of circles you run in on the internet, the name Demondice Karen (Demondice or DDK for short) could already be a household one. This isn’t to say Demondice is niche. Her online persona is more of an open secret on the internet due to a somewhat mysterious background and eclectic mix of creative projects from animation to rapping and streaming, to live shows across the world. With close to a million followers across YouTube, Spotify, Twitch and Instagram, she is part of a growing number of personalities who are not artisans of one field, but rather possess a myriad of skills to entertain. Demondice started off as an artist, pursuing a field of comics and animation in her home country of the United States. Inspired by Japanese music from bands such as Fake Type, she decided to give rapping a go.

“I really liked drawing and I started watching animated music videos on YouTube, especially those from Japan,” she says. “This was what first exposed me to Japanese rap and pop music. In the west, I find that we have a very repetitive song structure compared to Japan where the unique melodies appealed to me.”

It was scary to start fresh on an entirely new skill, though she continued to work on it while she was still at college, releasing small musical projects while holding full-time jobs to save up for frequent trips to Japan.

Spending time in Japan before eventually moving here gave Demondice the opportunity to attend underground shows and connect with independent artists. The majority of her fanbase, however, is still international (albeit it is growing domestically), and living in Japan simply allows her to collaborate with artists she admires in a country that she loves. Creating Her Own Path

“Today’s artistic landscape is a competitive one,” she says. “You can be good at many different things or, you can stand out extremely well by being incredible at one thing. Some people can’t make videos, but they have an incredible voice, or they write the most fantastic and deep lyrics. For me, I just like doing many things. I don’t aim to be the best at what I do but I enjoy everything that I do. This is the best path for me.”

“Traditionally an artist would have to be signed with a label and it’s not a secret that profit margins are extremely low,” Demondice continues. “But technology has made it very possible to build a creative career by  going independent. You might not be breaking the internet but it’s achievable to make a living out of doing what you love on your own.”

What Music Does Demondice Make?

A typical Demondice track is very narrative driven. Some songs can also switch up in the style or theme depending on whether they have accompanying animation. Demondice, however, usually begins with the story. From there, she works closely with a composer and an arranger to develop the track. While the process is collaborative, she usually doesn’t ask for revisions after her initial direction as she wants her artists to have the creative freedom she also enjoys.

“The music that I make is really the sound of the craziness that is my own mind,” she says. “That’s all it’s ever been. In real life I’m very chilled, but there’s so much happening inside my head and music is a great outlet for me to let it flow. I always tell people, if you want to listen to the best rapper, go listen to Kendrick Lamar. But if you want to listen to a 20-something millennial losing it, then give my music a try.” Demondice usually represents herself through her drawings of a demon girl with horns and her mouth taped shut. However, she does show her face in occasional social media posts and when streaming on Twitch.

“Anonymity online can be a double-edged sword,” she says. “For the artist, there is a rejection of ego, and it allows people to focus more on the music, plus the added air of mystery. But as recent events have shown, it can be incredibly stressful to have fans constantly searching for you and what you look like, while you try to keep your identity hidden. I feel like by revealing my face, I’ve taken that power away from them.”

As someone who is active in both the virtual and live event space, Demondice’s prediction for the future is that it will be a mix of both. There will always be communities that value a more analog experience and who want to have that physical shared experience, but the growth of virtual events is fascinating and more accessible for audiences spread across the globe.

“Having internet friends is so commonplace these days, as it’s a quick and efficient way to meet people with similar interests,” says Demondice. “Virtual concerts allow this demographic to have a shared experience and the technology is only going to get more and more sophisticated.” So, You Wanna Be an Online Sensation?

“Don’t let anybody stop you,” says Demondice, when asked about advice for budding artists. “Don’t let anyone say that you can’t make music the way that you want to. You’re not doing it for them, you’re doing it for you. Also, don’t take feedback from everyone. Not everybody has your best interests at heart. Some have clear biases. Go to people you respect and who will give you honest feedback that you need to hear.”

As 2022 comes to a close, Demondice is thinking about rebranding. This is a yearly exercise to switch up her look and create the vibe for the new year. There are also creative projects in the works featuring collaborations with artists of all fields plus more live shows and meet-and-greets. The new year is set to be an exciting one. To borrow words from the rap queen herself, it’ll be a cycle of fans “wanting, getting, wanting.”