A First Look at the Anime Adaptation of Chainsaw Man

The last few years have seen an unprecedented explosion of popularity for titles like Demon Slayer and Attack on Titan, garnering fans from all corners of the world. Since then, anime and manga fans have been hot on the trail for a new title to break the industry all over again. The time is now, as a new challenger has reared its whirring head. Enter Chainsaw Man, a dark fantasy shonen title, on the cusp of its worldwide anime release.

Who (or What) is Chainsaw Man?

The story is written by Tatsuki Fujimoto, whose critically acclaimed works include Fire Punch, Look Back and Goodbye, Eri. The main protagonist is Denji, a teenage boy who’s lived a life of poverty ever since his parents passed away. He largely fends for himself by exterminating devils with the aid of his part-dog, part-chainsaw pet, Pochita.

In a twist of fate, Denji signs a contract with Pochita, causing the two to fuse and giving him the power to transform parts of his body — including his head — into chainsaws. Denji then goes on to join the Public Devil Hunters, a government agency in charge of protecting civilian life from the threats of devils.

The series presents itself as devil-hunting adventure story. While there are some trope-y characters, the bulk feel fresh. Their relationship and synergy are what make the story interesting. There are also unexpected twists and turns that will keep readers page-turning (and viewers binging) well into the night.

Despite a fairly shonen-esque backstory filled with supernatural powers, the themes embedded within Chainsaw Man are more rooted in relatable dark, modern-day struggles. One of the early scenes in the first episode sees Denji and Pochita camped up inside his derelict house. Both hungry, Denji lies on the mattress and begins to describe a fantasy of eating shokupan with jam and playing video games while on a date with a girl.

Not only is it Denji’s last moment of innocence, but we can sense his deep sense of desperation. As one follows the story, Denji himself is revealed to be a bit of a wildcard. While he is an inherently good person, having been deprived of so many things for so long, his decisions are often basic and animalistic as he is unable to see the bigger picture.

As is also typical of most shonen, the majority of Chainsaw Man’s cast are youth tasked with a responsibility far greater than that of any adult. Both young and mature readers will relate to the feeling of helplessness when the devils overpower their hosts, but also enjoy a new world context in which the young characters are the key decision-makers. As the story unfolds, the insanity grows, but there is a method to Fujimoto’s madness so long as you’re invested enough to keep reading.

At the time of writing, 105 chapters of Chainsaw Man have been released on Weekly Shonen Jump and Shonen Jump+ online. There currently also exist 12 tankobon volumes as of this month, which contain all chapters except for 104 and 105. The tankobon covers feature lurid highlighter-esque colors that take the edge off what would otherwise be a bloody and horrific shot. The art style within the manga is bloody and gory. Some sections will have you reeling but you’re just as quick to laugh at loud at the ridiculousness happening in the next panel. 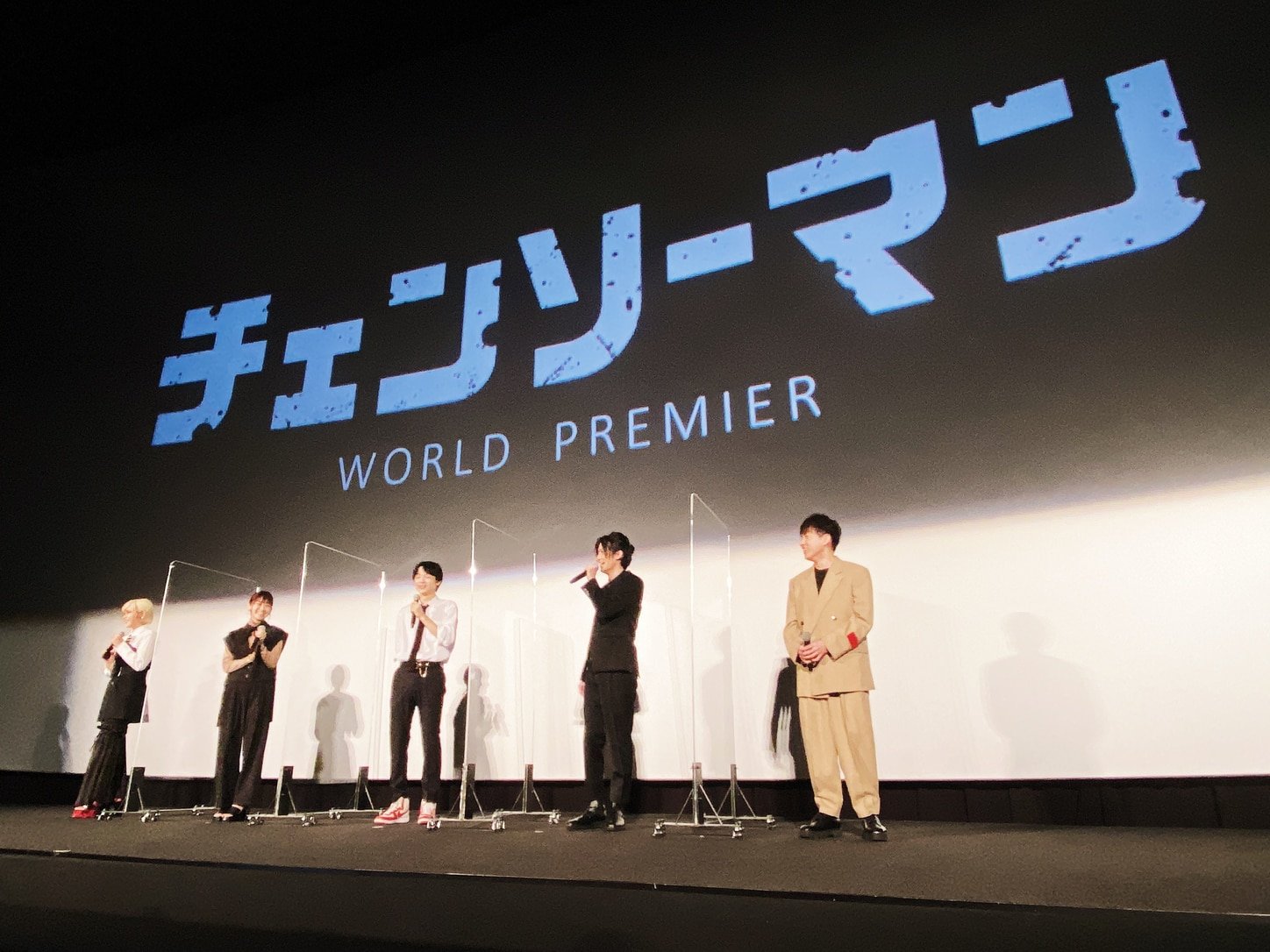 Onwards to the Anime

A sneak peek into the anime earlier this month revealed strong, vivid colors and fast-paced action, truly in the same spirit as the manga. Produced by MAPPA (whose work includes Kakegurui, Attack on Titan and Jujutsu Kaisen), there is a certain dynamism to that keeps the anime adaptation of Chainsaw Man feeling full of life even if death seems to be the main plot device. The series is backed by stellar voice actors including Ai Fairouz (Jolyne Kujoh in Jojo’s Bizarre Adventure Part 6), Shogo Sakata (Surma in Attack on Titan) and Tomori Kusunoki (Neiru in Wonder Egg Priority).

The first season of Chainsaw Man is set to have 12 episodes and features a stellar opening track titled “Kickback” by Kenshi Yonezu. But what sets it apart from other anime is that each episode is said to have its own unique ending song. These songs range in mood, melody and genre with chart-topping artists such as Zutomayo and Vaundy.