Chicano culture has reached a broader public thanks to the internet

Junichi Shimodaira was one of the first to take up an interest in Chicano culture in Japan in the 1980s. Just a decade before, during the Chicano revolution, Mexican Americans had taken “Chicano,” a term that had been used as a racial slur against them and turned it into one they identified with proudly. In fact, it would go on to epitomize their culture. In the years that followed, people in Japan began sharing stories of customized cars they saw cruising in Los Angeles, distinctive customized vehicles known as “lowriders,” which would later be printed out in magazines and shown in movies, standing out to young folks like Shimodaira.

In 1987, Shimodaira quit his corporate job and flew to LA with one goal in mind: to see a real lowrider for the first time. It was a life-changing experience. Upon his return, he tells me, a custom car event called Mooneyes Street Car Nationals was held for the first time in Yokohama. Custom car enthusiasts from around the country gathered and got to share their passion, a pivotal moment that got things rolling for Chicano culture in Japan, which remains popular today. 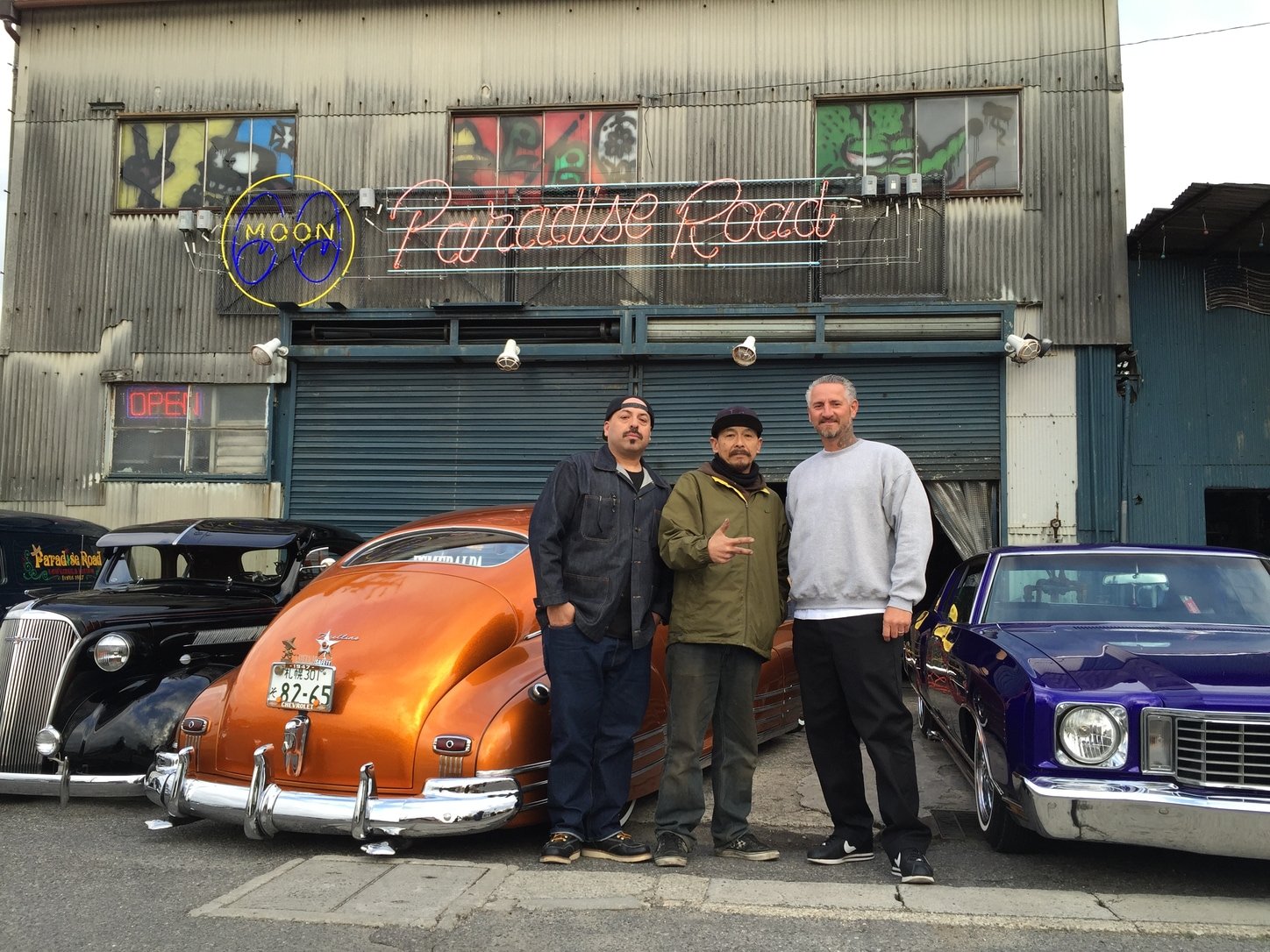 In that same year, Shimodaira opened a store called Paradise Road in his hometown of Nagoya, Japan’s automotive mecca. Initially dedicated to selling American goods, his store developed into one of the most famous lowrider workshops in the country, with some of his cars achieving international recognition.

“The interest in Chicano fashion and lifestyle took off in the 1980s and reached a high point in the mid-1990s,” he tells me. It didn’t stop there.

Another surge in popularity came in the mid-2000s when Japanese clubs started playing Chicano rap says DJ PaCo. The Japanese DJ was first dazzled by Chicano fashion and cars featured in movies he watched as a child, but music seems to have been what struck the biggest chord. Mixing Chicano hits and playing his sets at parties has been his career for over a decade. He released dozens of CDs and played at innumerable events and parties.

“To the best of my ability, I would like to continue promoting the many charms of this culture,” he says. Beyond the DJ booth, people are listening. “I’ll never forget the shock I felt when I listened to Chicano Life 2, a mix CD by DJ Santana, for the first time,” says a man based in Hiroshima who goes by the online alias of McG2theK (@kotastagram13).

He uses his TikTok account with a title that roughly translates as “The guy who loves Chicano culture” to share music, cars, fashion and news on all things Chicano with his more than 7,000 followers. For the past 10 years, he’s had an active role in the local Chicano scene in Hiroshima, alongside his youth idol, DJ Santana.

The pulsating rhythm and bilingual lyrics have not only an audience but also a new source, in Japan. Inspired by Chicano rapper JV, a Japanese artist who goes by the name of MoNa a.k.a Sad Girl decided to move to Kanto from her hometown of Kyoto in 2008 to pursue her musical career as a Chicano rapper. She sings in Japanese, English and Spanish, but isn’t copying the looks or rhythms from abroad. Instead, she’s crafting a new form of expression that both enriches the Chicano music scene in Japan and overseas. It has led to fans all over the world commenting on her videos.

Chicano culture has reached a broader public thanks to the internet, but with more exposure also comes more problems. According to Shimodaira, some people online simply see the culture as a business. Also, while DJ PaCo admits that social media has helped increase interest, he points out misconceptions and misinformation are making their way, too.

Still, McG2theK finds a glimmer of hope in the midst of the virtual noise: “I get questions about Chicano fashion and music from people in the 20s — I think there might be a Chicano culture boom being born again with the new generation,” he tells me.

He is optimistic that the interest in the culture will continue to thrive and expand in the years to come. The hashtag for ‘Chicano’ in Japanese has eight million views on TikTok. But the elusive question still remains, what is it about Chicano that captivates Japanese people so much? California, where many of the salient Chicano expressions developed over the past decades, is the state with the biggest Japanese-American population, so maybe there is a geographical reason, in the same way as Japanese cultural expressions also found their second home in LA.

When asked why Chicano is popular in Japan, both DJ PaCo and Shimodaira agree it’s not about Mexico or about America: it’s an alluring quality unique to the hybrid nature of Chicano and imprinted in all its resulting art forms, from lowriders in the ’80s to TikTok videos today, that people relate to and appreciate, not only in Japan but around the world.