With almost 56,000 convenience stores in Japan today, it’s hard to believe everything started with a single shop. With their familiar logos shining their lights on every street corner and many places in between, it’s also hard to believe that this first effort didn’t even have a big franchise behind it. And with convenience stores shifting over ¥10 trillion per year, it seems unimaginable that the concept wasn’t a rousing success from the get-go.

The very first Japanese convenience store, which opened in 1969, is barely known today. We can only be sure about what it wasn’t. It didn’t carry any of those logos that guide us through the night today, it didn’t sell spam-filled onigiri or microwaveable yakisoba sandwiches and you couldn’t pay your health insurance or your Uniqlo online order at the counter — all things a modern convenience store customer now takes for granted. 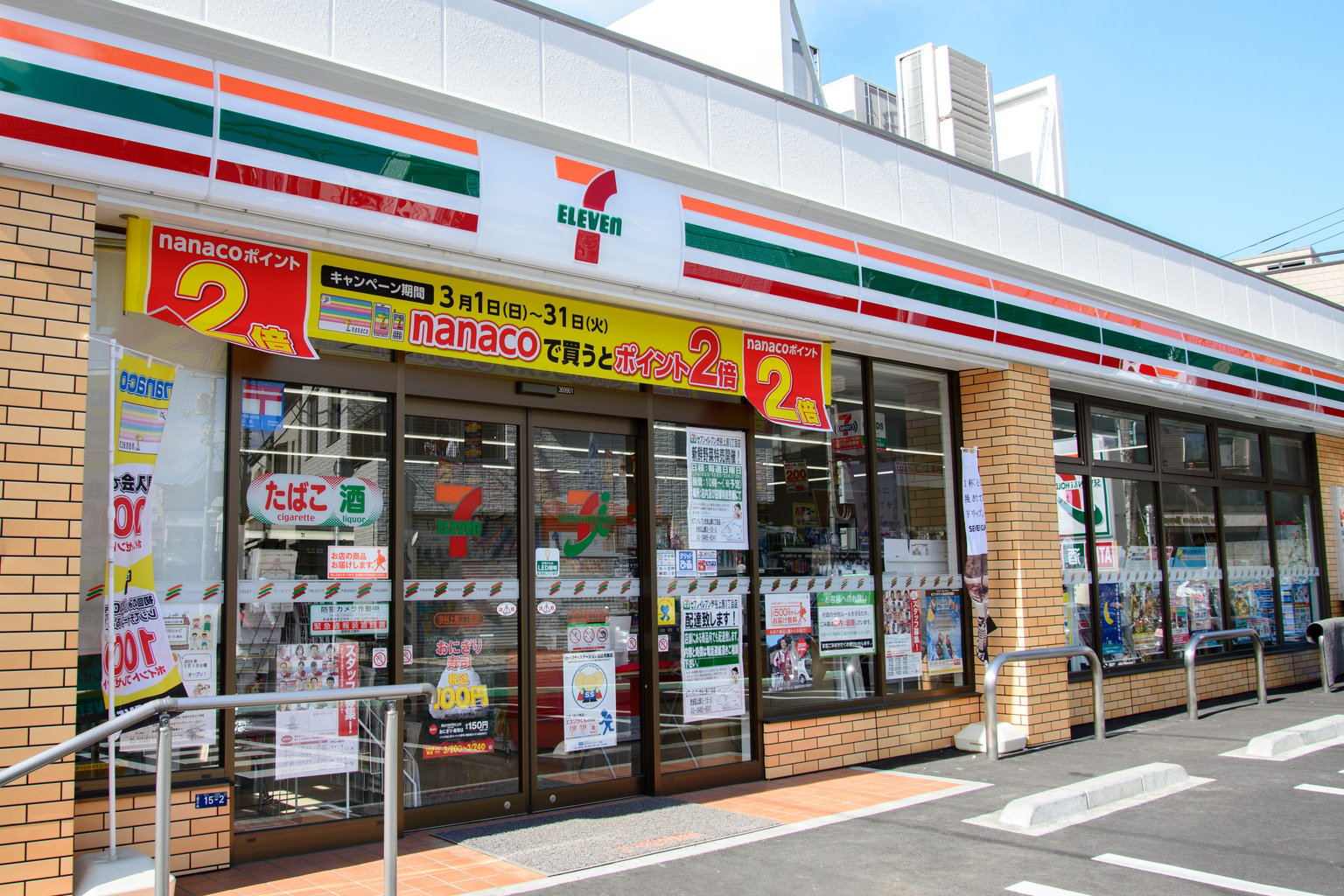 The Beginning of the Convenient World as We Know it

The history of what we nowadays consider a Japanese convenience store, konbini for short, began in the early 1970s. Japanese department store chain Ito-Yokado bought franchise rights for the American brands of 7-Eleven convenience stores and Denny’s family restaurants (another contemporary Japanese mainstay far removed from its US roots). Building smaller shops in residential neighborhoods helped the company branch out into areas where laws kept it from building bigger outlets.

Alas, what was convenient to Americans wasn’t too attractive to the Japanese. While Ito-Yokado expanded aggressively, primarily by taking over existing businesses, customers took to the new concept slowly.

That began to change when the onigiri entered the scene. Where there were usually hot dogs at the register, onigiri took over in 1978. The traditional rice snack dating back to the Heian Era (794 to 1185) was easy to prepare and could be sold cheaply. It conveyed a sense of homey familiarity to local customers, yet it offered the potential for constant innovation with its endless variations of fillings, wrappings and shapes.

Over time, the konbini onigiri caught on. Initially hawking five or six a day, the average 7-Eleven store sells about 200 these days. Which flavor dominates those sales is a well-kept secret, but the famous tuna-mayonnaise filling introduced in 1983 might give the more conservative salmon a run for its money. Legend has it, the child of an employee came up with the recipe. Making the Konbini Ever More Japanese

The onigiri’s success hinged not only on its tastiness but also on fast delivery. 7-Eleven Japan radically upgraded its inventory system over time, reducing the turnaround between store order and delivery from one week to 24 hours. This paved the way for further Japanification of the konbini product. Selling the winter staple of oden as well as yakitori and other ready-to-eat chicken products at the counter became standard.

The innovative Japanese convenience stores were thriving, even offering banking, postal and other non-retail services. Their sorry American counterparts, however, were doing worse and worse.

So, Ito-Yokado bought 7-Eleven in 1991. The franchisee bought the franchiser by acquiring a majority in shares. What seemed an unshakable all-American brand effectively became a Japanese company. It went into an international acquisition frenzy lasting several years, resulting in the organization’s rebranding as “7 and i Holdings” in 2005. In Japan, it also owns the Sogo and Seibu department stores. Lawson Got (More than) Milk

Almost 50 years after its first appearance on Japanese soil, 7-Eleven is far from the only konbini game in town. If you want to survive as a convenience store franchise, however, you better find a unique selling point to set your brand apart. Otherwise, you will be bought by FamilyMart, like discontinued chains ampm and Sunkus. (Ironically, FamilyMart itself was bought by garish knick-knack store chain Don Quijote in 2020 but maintained its branding).

While 7-Eleven is known for its tuna-mayo onigiri and FamilyMart wouldn’t be FamilyMart without fried Fami-Chicken, Lawson carves out a niche with leaner and somewhat healthier food options under their Natural Lawson banner.

Selling products that can be a bit pricier and hopefully of higher quality has become Lawson’s strategy. The brand suffered an infamous incident in 2002, giving a whole new meaning to the term ‘finger food,’ when a woman in Sendai found a severed fingertip in a Lawson rice ball, originally belonging to an onigiri plant worker (the fingertip, not the rice ball). Like 7-Eleven, Lawson, the second-biggest player on the market, originated in the US —and also became an entirely Japanese-owned operation. So much so that there are no longer any Lawson stores left in the US (a Hawaiian mini-revival in 2012 was short-lived), while they are still going strong in Japan. The company logo, though, with its western-movie font and depiction of a vintage milk can, still hints at its very American heritage. The original Mr. Lawson was a milk farmer from Ohio who opened his first shop in 1939 to sell his dairy products directly to customers, cutting out needless middlemen.

So, 7-Eleven is the most successful of the konbini chains in Japan, closely followed by Lawson and FamilyMart. But which one is the most popular? The answer is none of the above. According to an extensive survey from the NPO Japan Productivity Center (JPC), the Japanese are most fond of Seicomart.

In Hokkaido, Seicomart is king — both in terms of business success and customer satisfaction. Most items are manufactured under their own label Secoma, using local ingredients to create products you won’t find anywhere else, except in lovely Saitama. Saitama is the only place outside of Japan’s northernmost prefecture to have a couple of Seicomart stores.

Seicomart is also known for having a big heart for foreigners (and their money), offering currency exchange and the kind of imported junk food that every non-Japanese craves sooner or later. In recent years, the convenience store boom has slowed down a little bit. Market saturation and competition from online shopping and food delivery services are taking their toll. Moreover, certain age-old practices are being questioned. For instance, does every shop everywhere have to be open 24 hours a day?

Still, as an ever-evolving institution, the konbini seems too big to fail by now. The Japanese affectionately call them reizoko no kawari (meaning substitute fridges). Although that’s hardly the only thing they substitute. These days, you can even get documents concerning your tax payments and residency from machines at convenience stores. No need to pick a number and grab a seat at your municipal office anymore. And while you are typing in your passcodes, you might as well munch on a tuna-mayo onigiri.