It's not just coffee, he also serves art and brings out smiles 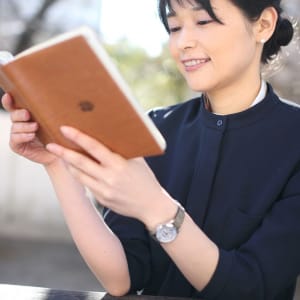 It was just a couple of minutes until foamed milk mountains turned into a Shiba Inu dog reading a Tokyo Weekender magazine. “Here you go,” said Kohei Matsuno, turning around the cup to show me the face of the cute, smiling dog with pink cheeks. Matsuno holds a small stick designed for making takoyaki, but for him it’s a pen for drawing delicate lines with chocolate syrup.

The feeling that comes after the initial excitement may be the same for everyone: A huge hesitation to destroy the 3D art so you can drink the latte. Thankfully, the foamy craftsmanship is steady enough to stay in shape at least until you take a flurry of photos and Instagram it.

The café is quite lively in contrast to the outside atmosphere, which feels a bit gloomy. This area used to be lively with mostly foreign tourists, now barred from entering because of the pandemic. “It’s so cute.” Mostly female voices fill the room. Then camera sounds follow, sometimes accompanied by dogs barking, who are models of the latte art their owners ordered from Matsuno. Matsuno offers custom-made 2D or 3D latte art designs. You just show him a photo of whatever you want on your latte, your favorite fictional characters, animals, or even a portrait of someone you love. “Recently, many people ask for the K-Pop band BTS,” he tells us.

His artwork makes people smile but also cry sometimes. “One day, a woman showed me a photo of a cat and burst into tears when she saw the latte art cat I made,” Matsuno recalls. “She said her family’s pet cat had just passed away.”

It’s fun just to watch Matsuno crafting latte art behind the counter. He moves his hands with masterful speed, looking at the fluffy white sculpture with piercing eyes. Surprisingly, he does all this while chatting with customers. The topic is usually the design they’ve ordered. “Customers pay for the time to have fun here and I think the performance is part of that,” he says. A Failure Becomes an Opportunity

Matsuno started out at a high-end Italian restaurant in Osaka as he aspired to become a chef. The first task assigned to him was serving coffee. “Pouring a latte art heart requires a lot of technique and it wasn’t easy for me,” he remembers.

One day, Matsuno failed to create a heart pattern and turned the awkward shape on a whim into an animated character from the much-loved Japanese manga series Sazae-san. “I’ve always liked drawing pictures, although nobody praised me for it,” he says.

The “failed” latte, however, brought a smile to the customer he served. It was the start of his journey to delight more people with his own latte art.

Matsuno began posting his works of latte art online, while working in a couple of cafés in Osaka and Tokyo. People on social media liked his artwork and job offers began pouring in, including an invitation to a TV show. He collaborated with companies in their PR campaigns and co-authored a latte art book written in English.

The self-taught latte artist also went all the way to Kuwait to perform in a local Costa Coffee shop. “Some Kuwaitis ordered Japanese anime characters such as Captain Tsubasa or Chibi Maruko-chan, and others wanted their self-portraits,” he said. Hatcoffee’s takeoff was rather shaky as the pandemic began within a year of its opening in 2019. “We had to temporarily close before seeing how many customers was our average,” Matsuno says. “So, I can’t even say whether the number of customers has gone back to a ‘normal’ level.”

Matsuno remains very positive, however, unveiling his plan to open a new shop in May this year. The location will be just one minute on foot from Asakusa Station. “It’s going to be a take-out stand,” he says.

By the time foreign tourists come back, the Asakusa streets might be full of people holding paper cups with 3D characters on the top. Matsuno’s art is indeed perfect for to-go lattes, as shown by the Shiba Inu dog on my cup, which remained steady and adorable while I took my time talking to the latte art master.