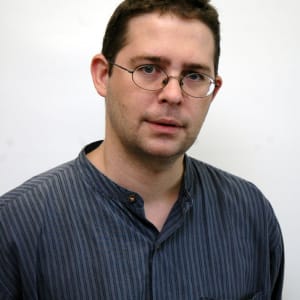 From a limited, largely domestic market a couple of decades ago, Japan’s winter sports scene has exploded in global outdoor activity consciousness. Today, connoisseurs of the global skiing and snowboarding community know that some of the best conditions, winter sports facilities and après-ski fun are to be had in the mountain resorts of Japan.

The powder snow in many of the resorts is so good that it has its own name: ski buffs refer to it as “Japow!” Throw in some breathtaking accommodation options, superb cuisine, a distinctive culture and all the convenience of Japan, and the result is the perfect destination for a winter vacation.

These are some of our favorite winter sports venues in Japan.

Widely regarded as the best of the best, the slopes of Niseko get as much as 16 meters of pristine powder every year and an entire community dedicated to enjoying that snow has evolved at the base of 1,308-meter Mount Niseko Annupuri. The most popular ski resort in Hokkaido – Lady Gaga is rumored to have a pad in the town when she wants to take to the slopes – the mountain offers dozens of routes for all levels of ability, as well as a selection of off-piste opportunities.

Niseko is also renowned for some of the most luxurious accommodation in all of Japan – picture yourself, for example, sitting in the private hot spring on the deck of the seven-bedroom penthouse of the HakuVillas property with twinkling lights of the town spread out before you. And then your personal butler arrives with more champagne.

Niseko also has an energetic nightlife scene and continues to develop, with new chairlifts opening this season and a number of new high-end hotels, including the Higashiyama Niseko Village, welcoming visitors.

At the very northern tip of Japan’s main island of Honshu, the Aomori Spring Ski Resort covers the northern slope of Mount Iwaki, an extinct volcano that soars to a height of 1,624 meters above the Tsugaru Plain.

The resort has 14 ski trails through pristine beech forests, with the longest run coming in at 3.5 km. The gondola to the very top of the runs offers breathtaking views, while the resort has also set up floodlights for night skiing on a number of trails. Another attraction is the ski-in, ski-out cafés and restaurants located on the mountain.

The Zao Onsen Ski Resort is the largest winter sports destination in the Tohoku region of northern Japan, with 14 areas across Mount Jizo, a spectacular 1,661-meter peak in Yamagata Prefecture. The resort has 57 runs of differing complexity, the longest of which extends over nine km, and a network of 41 lifts. There are also seven schools offering instruction for people new to winter sports or anyone who might want to improve their skills.

Zao is particularly famous for the “snow monsters” that inhabit its upper slopes, with heavy snow tending to collect on the branches of the native pine trees, transforming them into the shapes of grotesque, other-worldly creatures.

As the name suggests, Zao also has a selection of onsen (hot springs) in which to relax at the end of the day.

Naeba Ski Resort is one of the most popular resorts in Japan, due in part to its relatively close proximity to Tokyo and a winter sports season that is extended thanks to the liberal use of snow-making machines. Covering the eastern flanks of Niigata Prefecture’s 1,789-meter Mount Takenoko, the routes converge on the 1,216-room Naeba Prince Hotel. Naeba’s slopes have hosted alpine World Cup races on four occasions, most recently in 2020, and the snow park to the south of the town has jumps, rails, boxes and banked slalom courses for powder fans to practice their skills.

Visitors can enjoy 21 trails, with the maximum run length being a whopping 4,000-meter course. The maximum pitch in the valley is a challenging 32 degrees and facilities are in place for night skiing. The 5.5-km Dragondola, the longest gondola in Japan, also connects Naeba with the neighboring Kagura Ski Resort.

In years gone by, Yuzawa was effectively cut off from the rest of Japan by heavy snow every winter. Today, with road and bullet train connections to Tokyo and beyond, the town revels in its reputation as the heart of snow country. Less than two hours from Tokyo by Shinkansen, the 15 Gala Yuzawa Snow Resort courses and nine lifts crisscross the slopes of 1,181-meter Mount Takatsukura. Routes are available for all levels of skiing and snowboarding ability, while visitors are also able to explore the area in a snowmobile sleigh tour, go snowshoeing, sledding or snow tubing on dedicated courses.

Gala Yuzawa also has some excellent hot spring bathing options, ideal for getting the kinks out of muscles tired from a long day on the slopes.

Sitting in the mountains of northwest Nagano Prefecture, Hakuba Valley is known around the world for its high-quality snow and more than 130 ski runs across 129 km of ski runs at nine resorts the length of the picturesque valley. Hakuba was the host of the 1998 Winter Olympics, a testament to its strengths in the snow sports business, and consistently enjoys more than 11 meters of snow every winter.

The resorts do have a number of challenging runs, but there are plenty that are ideal for beginners and intermediate-level skiers and snowboarders. For the more adventurous, there is some world-class back-country skiing on offer.

The resorts in the valley can provide ski lessons for all age groups, as well as guides for off-piste adventures.

In the mountains of Nagano Prefecture, Nozawa Onsen was one of the first communities to offer winter sports when it opened its original ski runs more than 100 years ago. The resort covers nearly 300 hectares and hosted events in the 1998 Winter Olympic Games.

The resort has a range of skiing and snowboarding options for all abilities, along with ski schools for beginners, snowshoe tours and backcountry expeditions for the more advanced snow aficionados.

In addition to winter sports, Nozawa Onsen has hosted the distinctive Dosojin Fire Festival every January since 1863, with celebrations and gifts provided to the deity Dosojin, who is believed to protect these rural communities and ensure happy marriages and that local children grow up to be healthy.