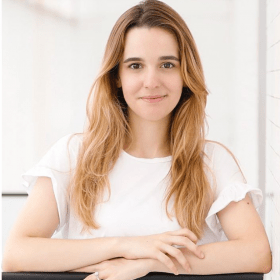 The closing ceremony of the Olympics took place a couple of weeks ago, but Tokyo 2020 isn’t over yet. Next up are the Paralympic Games, which will be held from August 24 to September 5. Five years ago in Rio, Japan didn’t win any golds and as a result finished 64th in the medal table. This time around, Japanese Paralympians are expected to even the score with several tipped to top the podium in their homeland. Here we look at some of those athletes working hard to reach the top.

Winning a single Grand Slam is every tennis player’s dream. Winning over 40 Grand Slams is extraordinary. Shingo Kunieda is the ace behind such a feat. The 37-year-old player has won everything from the US Open to government commendations, but the ultimate prize for him would be taking the gold in his home country. Kunieda is set to prove why he’s dubbed the best male player in wheelchair tennis history — and, given his record, you wouldn’t bet against him succeeding.

Yui Kamiji is Japan’s next Kunieda. She won this year’s Wimbledon Wheelchair Tennis Women’s Doubles and is ranked no. 2 in the world in singles. In 2019, she became the first Japanese to qualify for the Tokyo Paralympic Games and previously won bronze in singles and doubles in Rio 2016.

Two years ago, Kaede Maegawa was demotivated and set to abandon her athletic career after Tokyo 2020. Later, she decided to seek help. Fast forward to 2021, and the 23-year-old athlete and artist, who trains not only her body but also her mind, currently stands fourth in the world rankings in her category. And she has no intention of quitting anytime soon. An advocate for both physical and mental health, Maegawa is one of Japan’s most promising Paralympic competitors.

As a child, Akihiro Yamazaki got into baseball thanks to Jim Abbott, an American pitcher who played in Major League Baseball from 1989 to 1999. Like Yamazaki, Abbott had been born without his right hand, but that didn’t stop him from becoming a world-class sportsman. Following in his idol’s footsteps, Yamazaki became a professional para-baseball player. After a fruitful career, he switched to javelin throwing in 2015 to participate in the 2016 Paralympics. One year later, he broke the world record. He currently stands fifth in the world in his category.

Japan’s national wheelchair rugby team has gathered momentum on the road to Tokyo 2020. They won a bronze medal in Rio 2016 and took first place in the World Wheelchair Rugby Championships in 2018. Currently, they’re ranked third by the International Wheelchair Rugby Federation and are tipped to win a medal in Tokyo. Yukinobu Ike, veteran Paralympian and captain of the team, has the colossal task of leading them to victory.

Japan has won a whopping 179 Paralympic medals in Athletics throughout history. Three of those belong to Wakako Tsuchida. She’s been a Paralympian for over 20 years. She first took part in the Winter Paralympics and from Sydney 2000 onwards, competed as a summer Paralympian. She was the first athlete to win medals in both Summer and Winter Paralympic Games, collecting seven medals in total, three of them gold. This time, she will participate in two different categories, proving that her prowess still encompasses more than one field.

Junko Hirose is one of Japan’s most well-known Paralympians. As a child, she took an interest in judo after being inspired by a manga comic, but later abandoned the sport. Witnessing the female Paralympic Goalball team in action in London 2012, however, inspired her to become a professional judoka. Four years later, she became the first female Japanese medalist in Paralympic judo when she got a bronze medal in Rio.

With the dream of one day becoming a Paralympian, Naohide Yamaguchi began swimming as a child and hasn’t stopped since. In 2019, he established a new world record in 100m Breaststroke at the 2019 World Para Swimming Championships. He then broke that record again last year at an event in Japan. The 20-year-old athlete now aspires to win gold and go faster again, while also fulfilling his childhood dream.

In London 2012, the world stood in admiration as the Japanese female goalball team won the gold medal. Among the six players in the winning team was Eiko Kakehata, who has played for the Japanese National team for 10 years. After a devastating loss in the Rio 2016 semi-finals, the experienced athlete is hoping to stand on the podium again. The Japanese National Team took first place at the 2019 IBSA Goalball Asia-Pacific Championships and now they want to mirror that success — this time, on the global stage.

This will be para table tennis player Kanami Furukawa’s first Paralympic Games — a debut she’s been training over 10 hours a day for. Furukawa currently ranks fifth in her category according to the ITTF rankings. The 24-year-old athlete believes that building a strong mindset is the key to becoming a world-class athlete. “I don’t know what it’s going to feel like, but I know that the Paralympic Games are special. I’ll work on maintaining a strong mindset that won’t crumble under any kind of situation and I’ll be ready,” she said.

A little encouragement can go a long way. It was Sarina Satomi’s father who persuaded her to take up para-badminton player after she lost the ability to move her legs in an accident. Seeing her potential, veteran player Hiroshi Murayama then suggested she take part in her first international competition. She hasn’t looked back since. In 2019, Satomi became a world champion in women’s singles in the WH1 category. She won the sixth Japan Para-Badminton Championship Singles and is currently ranked number one in singles and doubles.

Four-time world record holder Tomoki Sato is one of Japan’s firm favorites for Tokyo 2020. He started his Paralympic career after watching London 2012 on TV. “It shattered my concept of people with impairments. At that time, I thought, ‘I want to do this,'” he said. Sato was a silver medalist in both the men’s 400 meters T52 and 1,500 meters T52 in Rio 2016. This year, he became a full-time athlete in preparation for Tokyo 2020.

The Tokyo 2020 Paralympics won’t have any spectators. However, you can watch online and cheer for the Japanese Paralympians.