When you think of maid cafés, you probably imagine cute Japanese girls in frilly French maid outfits being gawked at by tourists and cheered on by their loyal otaku clientele. You’re not wrong. However, beyond this outward image is a world full of drama worthy of reality TV. A world of strict hierarchy, impressive work ethics and both problematic and moving moments. We won’t be getting a ˆDesperate Maids TV show anytime soon, but we have a former maid spilling some maid café secrets for us.

How It All Started

A-chan, as she is affectionately known, was a maid at one of Tokyo’s most prestigious maid cafés (that will remain unnamed here).

She had never heard of maid cafés until watching the anime Kaichou wa Maid-sama, a series about a high-school girl working part-time at a maid café. At the time, A-chan didn’t even think maid cafés were real, let alone that she’d be working at one in the future. It was only after coming to Japan that she realized that maid cafés weren’t just a cute anime trope — they actually existed. During A-chan’s first visit to a maid café, she was amazed by the kawaii atmosphere and adorable outfits. It seemed like the perfect part-time job: fun, less strict about appearance and unique to Japan. A quick Google search for maid café jobs led her to fill out the online application form for one of the biggest maid cafés in Japan.

That’s where it all started. From then on A-chan went on to witness the maid café secrets that few people know about.

Because of the café’s prestige, the hiring process was far more intense than that of a normal part-time job. First, there was a group interview. One of the questions the girls were asked was why they wanted to be maids. A-chan’s reply was: “I want to do something that makes people smile.”

This remains a constant in A-chan’s life, even now. She thinks it was this answer that got her through the low acceptance rate of the interview, despite her knowing almost nothing about maid cafés before applying. The next stage was a seven-hour day of training. To prepare, they sent A-chan a six-page script of everything she had to say and do: from the moment a customer enters the café to when they leave. At the end of the training day, the trainees had to perform the script in front of the professional maids training them. This was far more than the simple, part-time serving drinks job she had been expecting. The environment was so stressful that A-chan witnessed a girl having a public panic attack.

After their audition, all the prospective maids were lined up. Then the names of those who had passed were announced in front of the whole group. A-chan was astounded to hear that she’d made it in.

2. Not All Maids Are Equal and There’s Blatant Discrimination

Behind the smiles and cheerful “Goshujin-sama!” of the maids, is a set of strict rules and complex hierarchies. 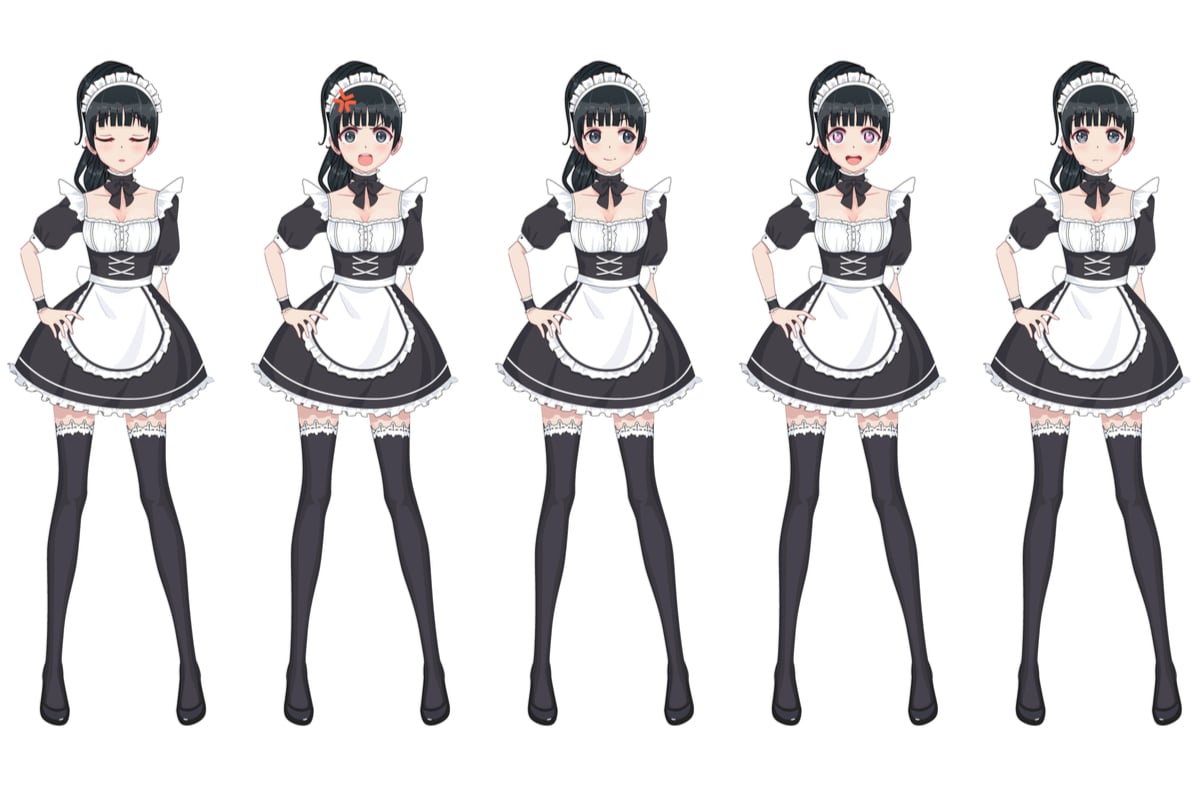 According to A-chan, at the bottom of the hierarchy were “maids of color” like herself.  During her time there she was the only one. The discrimination is unspoken but obvious — partially a reflection of the fact that maids of color are less popular with Japanese clients. Slightly above maids of color were the Caucasian foreign maids. Although foreign maids were not popular with the customer base, they were consistently hired as translators to help tourists.

The hierarchy was also reflected in the maids’ uniforms. Those just stating out were called “shinjin meido” (newbie maid). After working there for five months they ranked up to “minarai meido” (trainee maid). That title came with a slightly cuter uniform. After one year they would level up to the “sei meido” (senior maid) uniform, which was even frillier and came with a bow instead of a necktie. Above the “sei meido” were the so-called “premium maids.” These maids were the most popular. They got a special ribbon color and had a dedicated hair and makeup artist. The hierarchy doesn’t end there, though. The most popular of the premium maids were labeled super-premium maids. These maids were the equivalent of idols, with huge fanbases. Finally, ruling over the café was a single Queen Maid, the legendary maid, who had been the face of the café for over a decade.

This competitive environment and the idea that the girls were “the main goods” did have negative consequences for A-chan. She felt pressured by both the café and clients to change her appearance. Some customers would ask A-chan about her weight, exercise and eating habits. The café would then add to this scrutiny through the size of the maid uniforms. If a maid went up a size, the café would tell her to stop gaining weight. And if a maid was no longer able to fit the largest size available, she would have to leave. This, in particular, took its toll on A-chan’s mental health. She says it was a place where “you know that no matter what you do, you’ll never fit the beauty standard.” 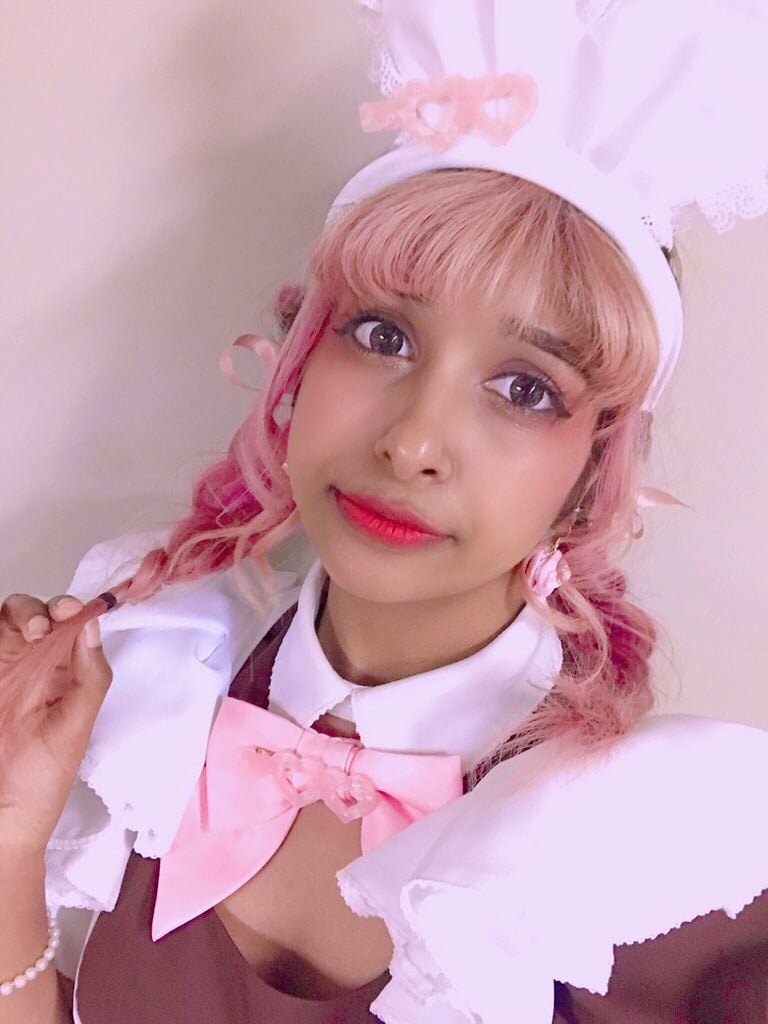 4. There Are Secret Forums and They’re Vicious

All this scrutiny and competition would spill over online. Some maids would secretly post hate comments about other maids. A-chan spoke about a secret 2chan forum where clients would write about the girls working at the café. Some of the comments made were sexually explicit. In part, it was reading this forum that made A-chan decide to leave the job. After seeing those comments, she couldn’t help but wonder which of her customers had written them.

5. The Clientele is Surprisingly Diverse

I asked A-chan what kind of customers she usually received, thinking I already knew the answer: tourists and single men. But her answer surprised me. The café, she said, had a range of regular customers of all ages and genders. There were, of course, many regular male customers, some of whom would spend large amounts of money to spend time with and purchase the goods of their preferred maid. However, there were also many regular female customers. Some of the longtime female customers would eventually end up working at the café as maids themselves.

The age range was equally diverse. There were regulars from kids to grandparents. Middle school students would save up their allowance to be able to come. Even families would visit. “Some regular customers would bring their baby, so their baby was growing up in […] pictures,” A-chan recalls.

One of A-chan’s most treasured memories from her time at the café was when she served a young girl with stage four leukemia who had come over with the Make-A-Wish foundation. A-chan helped interpret for the girl so that she could have the full maid café experience. After their visit, the girl’s father thanked A-chan for her help, saying that the girl didn’t have long to live, but that it had been the biggest dream in her life to visit the café. It was moments like that where A-chan was able to fulfill her wish of making people smile. It made working at a maid café worth it for her. She has now left that world but has since started a streaming channel where she’s able to use many of the skills she learned at the maid café. What’s more, she continues to make people smile.

An Evening at a Virtual Maid Café in Japan