New hotels, restaurants and limited-edition pastries to visit, see and eat this month

It’s quality over quantity in Ginza this month with the opening of a brand-new hotel, a slate of dinner menus and culinary celebrations, more teleworking locations to free yourself from the homebound grind, and a football-themed market where “customization” is the operative word.

New Places to See in Ginza On April 9, the classy Agora Tokyo Ginza hotel opened its doors for the first time. Just a two-minute stroll from Higashi-Ginza Station, the 97-room complex is replete with luxury suites, the Ichie Lounge tea house and a calming outdoor terrace free from the fast-paced city streets below. The interior design fuses modern Japanese minimalism and traditional wooden craftsmanship in a way that’s befitting of the Ginza neighborhood, which both celebrates Japan’s rich cultural heritage and is indicative of the cosmopolitan metropolis Tokyo has now become. Following brief renovations, Tokyu Plaza’s multipurpose rooftop, Kiriko Terrace, has been transformed to become more suited to the telework lifestyle popularized across Tokyo following the outbreak of Covid-19. To accommodate the influx of teleworkers, the floral bedecked seating area has been equipped with canopies and electrical outlets. You also won’t have to stray too far for lunch as seasonal take-out meals prepared in coordination with the complex’s varied array of restaurants are also on offer.

Furthermore, NewsPicks Ginza on Tokyu Plaza’s 7th floor has also started a new coworking service, alongside individual meeting room rentals. Reservations can be made in advance up to and including the day of the meeting. The ever-changing Ginza Sony Park complex launched the Ginza Football Market on April 16 in collaboration with Shukyu Magazine, a Japanese-language periodical that celebrates soccer and grassroots sporting culture. The market’s concept is to extoll the virtues of soccer through the mediums of fashion, art and music – especially while many football enthusiasts around Japan are unable to attend live matches as the pandemic lingers on.

During the event, which lasts until May 16, fashion items, football kits and editions of Shukyu Magazine will be on sale around the market. There will also be a workshop where visitors can customize their own t-shirts and kits with original designs and emblems. Additionally, sports journalist and coach Tetsuo Nakanishi will hold an online live broadcast of his “Virtual Soccer Class” (in Japanese only) for aspiring young footballers.

Things to Eat in Ginza Help the environment while enjoying a tasty, luxurious meal. Armani/Ristorante partnered with Food Loss Bank to bring patrons a unique menu using ingredients that are in some way undesired, but no less delicious. In fact, their individualities are what makes the menu so appetizing. Expect a taste of white asparagus with saffron bearnaise sauce, spaghetti containing the scent of the sea, and red sea bream.

As Giorgio Armani himself has said, “I believe that environmental issues should be close to everyone’s heart, now more than ever. There is no way we can ignore the fact that the future of the younger generations depends on our choices.” From April 22 at Cucina Del Nabucco, a suave Italian eatery, guests can indulge in a special 5th-anniversary dinner course. The limited-time-only menu, which straddles Cucino Del Nabucco’s 5th birthday on April 29 and runs all through Golden Week and until May 9, will feature an assortment of the restaurant’s signature dishes.

Cucina del Nabucco is renowned for its gourmet Italian fare, freshly-made cheeses and decadent pasta kneaded in-house. All of these and more make appearances in the anniversary menu, which includes a shrimp, ricotta and caviar amuse bouche; wheat pasta with grilled swordfish; seasonal antipasto with zucchini fritters; and a prime beef fillet. Reservations are recommended. 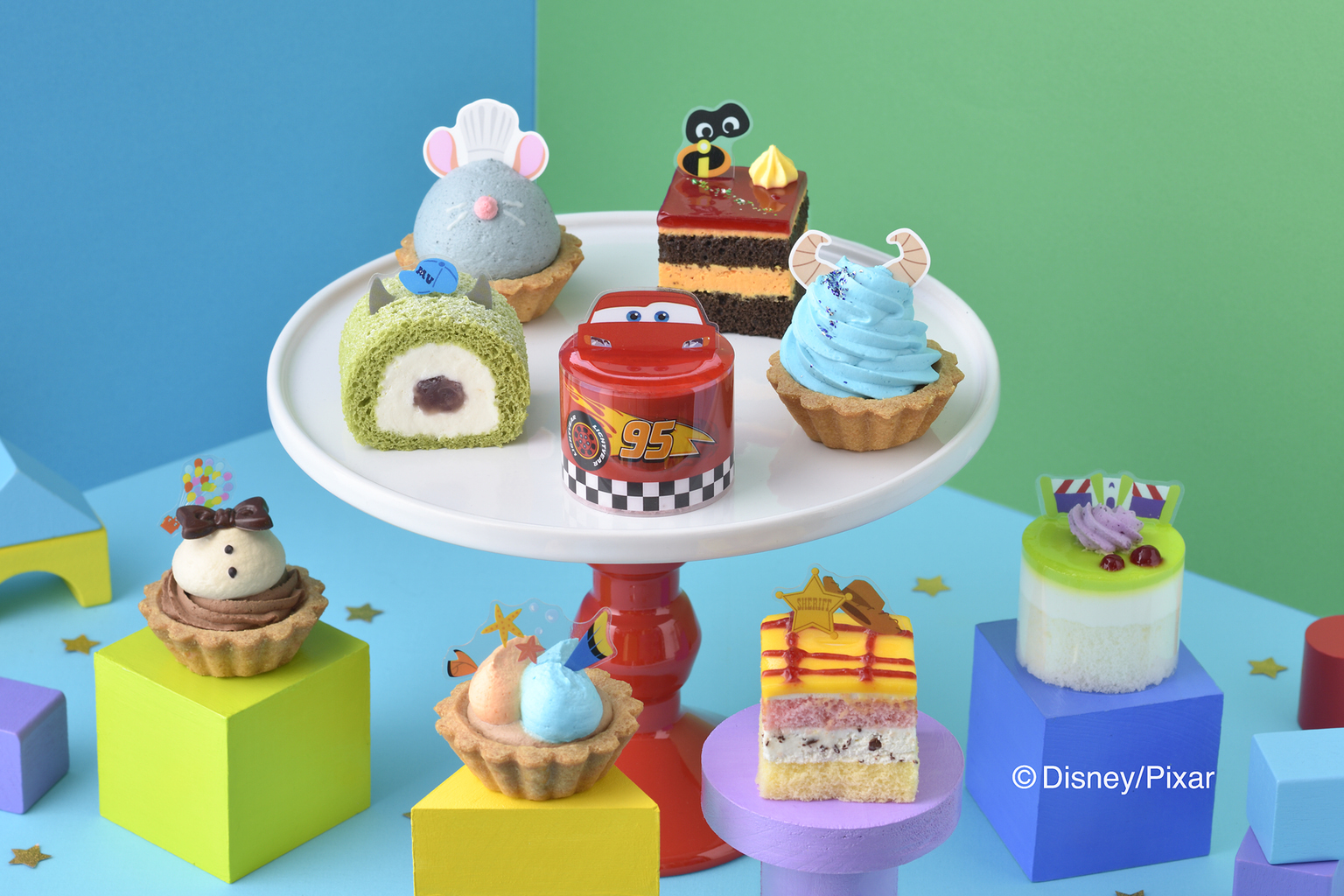 To celebrate the upcoming Golden Week holidays, Ginza Cozy Corner has unveiled what is sure to be one of its most popular sweets collections to date. Inspired by a range of 3D Disney films, from Monsters, Inc. to Cars to Ratatouille, the Pixar Collection features 9 different character cupcakes and an assortment of cookies based on six different Pixar icons.

The Pixar Collection’s official release date is April 23; however, the actual release date may differ from store to store. More information can be found on the official Ginza Cozy Corner website.