A Quiet Challenge: New Mori Art Museum Director Mami Kataoka On Taking Charge of One of Tokyo’s Leading Institutions Amid a Pandemic

Poised, learned and slyly coy, Kataoka looks back at a "rollercoaster" year while addressing the future of art in Tokyo and the need for museums

In September 2019, just months before assuming her role as the new director of Mori Art Museum (MAM), Mami Kataoka sat with 4,000 professionals at the International Council of Museums annual conference in Kyoto to discuss the future of museums. The theme was “redefining the museum.” Kataoka had gone to the conference prepped with two questions that had long been on her mind: “Why are we doing this?” and “Do we still need museums?” Despite hosting constructive ideas, the conference ended without offering a concrete formula for change. Kataoka returned to Tokyo somewhat uneasy — “In my mind,” she recalls, “this [museums] could end anytime if we continue to have these questions.” 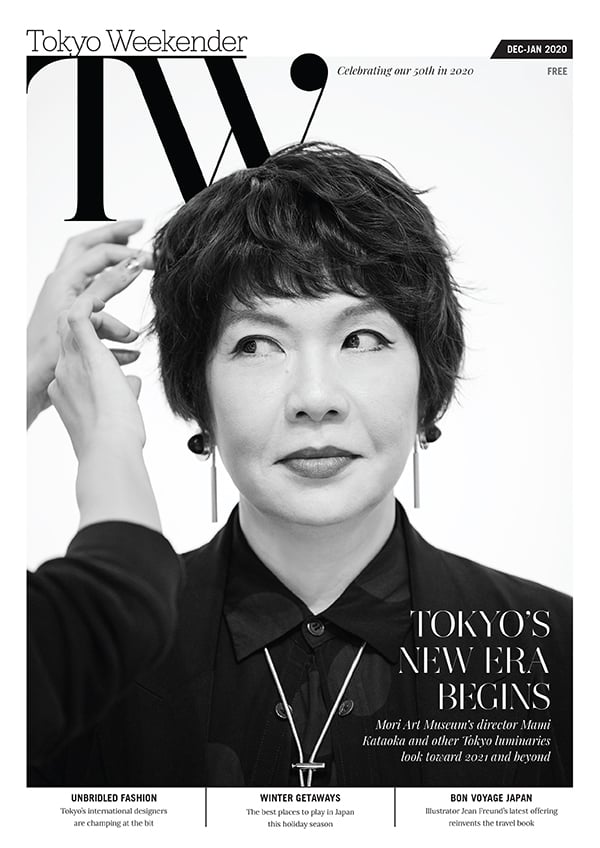 In January 2020, Kataoka, who worked in various positions at MAM for the past 18 years, became the new director, a post she succeeded from Fumio Nanjo upon his retirement. Two months later, the museum closed its doors for the first time in its nearly two decades of history. The world was in the midst of an unprecedented pandemic that would forever change the fundamental way of how we live and function in society.

By then, it wasn’t only Kataoka asking it; it was the whole world: “Do we still need museums?”

“What a year!” Kataoka exhales deeply as she greets me at her office at Mori Art Museum one morning in early October. This is her first interview for the day. She has another one in a few hours, a script deadline later in the day and more meetings than she can fit in her schedule. “We have started task management to keep deadlines of all deadlines,” she jokes, the museum publicist nodding.

Mori Art Museum closed almost immediately after Covid-19 began spreading in Japan. It was a necessary safety precaution, but it wasn’t an easy decision to make. At the time, the museum was just about to launch its exhibition STARS: Six Contemporary Artists from Japan to the World, the blockbuster featuring some of the biggest names in Japan’s contemporary art scene, including Takashi Murakami and Yayoi Kusama. For Kataoka, who had been involved with its planning since 2017, it was to be one of the greatest moments for the museum. We all know what happened next.

“Do we still need museums?”

“We had to change all exhibition programs, postpone STARS and the fall exhibition too, call all artists and lenders and … it was a roller coaster.” Once that was handled, there was no time to rest — the museum had to focus on its next crisis management task: staying connected to people. It launched its first “digital museum” MAM Digital, only to become painfully aware that they weren’t ready. “We had almost nothing to include,” Kataoka shrugs her shoulders.

The team uploaded online talks and film screenings to their website, built up their archives, launched virtual walks inside the museum, added subtitles in different languages and recorded exclusive interviews and curators’ reviews. They increased their social media presence and launched their first Instagram live streamings in Japanese and English. “We had people watching from Mexico, Tel Aviv and other places,” Kataoka recalls, “thanking us for our content. [We realized that] we have to use the Internet well to stay connected with our international audience.” Life in quarantine also sped up projects that Kataoka was secretly planning. Among them was the “Artist Cookbook,” a project the museum introduced on social media during the early stages of the pandemic. Inspired by Allan Kaprow’s “Happenings” from the 1960s, “Artist Cookbook” was a visual diary that introduced “mundane things we do as art” in the form of comfort dishes cooked by artists from around the world.

Not long after it was launched, the “Artist Cookbook” became one of MAM’s most engaging content on its social media accounts, winning the museum not only praise from international fans but also a new potential business: a publishing firm in Japan approached Kataoka to discuss publishing the book.

A light ahead of the tunnel was beginning to take shape.

A time for change

After a five-month hiatus, Mori Art Museum reopened at the end of July, and finally launched STARS. To mark the occasion, the museum held a press conference inviting all six participating artists – five of whom attended – all standing two meters apart from each other.

“After we opened STARS, it became obvious that people really enjoyed experiencing art physically,” Kataoka says. The limited number of visitors to the museum, which MAM immediately introduced as a policy after its reopening, provided for a more intimate experience, a rare experience for Tokyoites used to city crowds. “Many people said it’s important to have less people at the museum to fully enjoy the experience. They said that they’d really like us to continue doing this (even after the pandemic).”

As a leader of a private institution, Kataoka must find a way to simultaneously please visitors and ensure that the museum makes a profit. “It’s still a struggle,” Kataoka admits. “We’ll have to find a way to coexist with digital and physical sustainability of the museum. But there will surely be an area where digital will play the stronger role.” To test their grounds, the museum launched MAM Digital Premium, a paid program that delivers high-quality, exclusive content. With documentary-style video interviews with Nara Yoshimoto and Lee Ufan, two of the shining stars from STARS, and extensive gallery talks by museum curators, MAM Digital Premium is already going bold in the digital realm, with more to come in December 2020 onwards.

Yet, 2020 taught Kataoka that “digital will never replace physical museums.” Kataoka believes the solution is a hybrid system of sustainability — one that is built on fundamental beliefs and values. “Diversity is the central part of my ideas,” she says. It’s something that goes back to her roots of being raised as a daughter of a Christian priest in central Japan, a rather extraordinary childhood in a country with less than 2 million Christians. “(As a child) I was always going between the ideal world where people should be equal, and the reality in our society where they were not. I want to make my time here at the museum reflect on how contemporary art can be part of the global discussion. It’s a big challenge. It’s a quiet challenge.”

The next exhibition on Kataoka’s agenda, set for launch in April 2021, is Another Energy: Power to Continue Challenging — 16 Women Artists from around the World, showcasing the works of female artists aged 71-105. “Art history, which paved the way for the international art world, was predominant by white men. We wanted to focus on non-white, non-male (artists) and more from the non-Western world. Overlooked artists have now been undiscovered. Once you start looking, there are so many of them,” Kataoka smiles.

Which is why we need museums perhaps now more than ever. 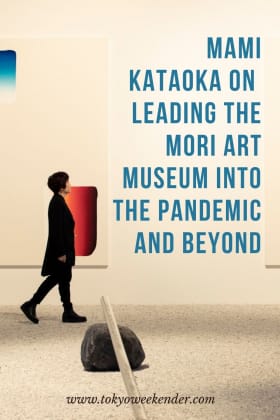