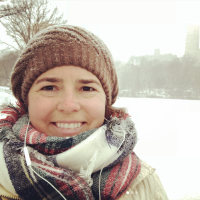 Dipping the weasel hair into a jar, he carefully coated the bristles in jet black liquid. Rotating, then swiping, and repeating, the artist maneuvered the tip until satisfied. In movements clearly honed over decades, he removed the brush and set to work. With graceful yet efficient strokes, his hand, barely gripping the bamboo handle, navigated the page.

Watching him work was like witnessing the creation of ancient scrolls, as complex formations and elegant characters took shape. In just seconds a blank sheet transformed into an intricate work of art, enveloped in symbols and a distinct red stamp, representative of the Kyoto temple in which we stood: Kiyomizu Dera.

With the dominance of Shinto and Buddhism in Japan, places of worship, running from exceptionally massive temples to local shrines, exist across the country; and, exploring them proves one of the most interesting ways to spend your time. In some you can enjoy tea. In others you might sit in the garden. A few even permit overnights, bringing you fully into the world of the monks who’ve made them home.

Temples and shrines also, as luck would have it, offer locals and visitors alike the perfect memento – the “goshuincho,” or “honorable red-stamp notebook.” Added to at each place of worship, the book grows with every site you visit. In this way, it becomes both a detailed work of art and an invaluable scrapbook, capturing one’s explorations of Japan. Here’s how it works. Upon arrival at your first temple or shrine, buy the book itself. They are not always prominently displayed so ask around and choose the one that grabs your attention. Beautiful unto themselves, these books could stand alone as a worthwhile purchase but, of course, reach their full potential once filled.

With your newly acquired book in hand, find a monk or, more often, a window in which an individual or two sit waiting. Some will, in real time, calligraphy the temple’s name and your visitation date. Others have slips of pre-made characters they slip in. Either way, you’ll walk away with a page covered in detailed characters, on top of which has been placed a red stamp. This, akin to a family seal, is unique to each place of worship. As your goshuincho notebook expands so too will your recognition of and appreciation for these red stamps, which harken back to ancient pilgrimages. Whether journeying to natural sites, such as Mount Fuji, or specific shrines like Kyoto’s golden pavilion Kinkaku-ji, for centuries the Japanese have traveled to important religious sites. What started as single visits transformed into longer journeys, during which individuals would make multiple stops, visiting, for example, the 88 Holy Sites of Shikoku or the 33 sites of Saigoku.

In order to track the locations visited while on one of these epic travels, the pilgrims created a notebook. As far back as 750 AD, temple priests signed such pages as proof of visitation. If these individuals were away, travelers received a stamp. While initially a “back-up” option, they have transformed into important symbols of travel, now noticeable beyond temples, in places like subway stations, rest stops, aquariums and museums. When visiting a particularly busy site, expect to be handed a number, similar to a crowded deli. Leave your book and explore, returning in time to collect the finished product. When it comes to payment, some temples charge a set amount for the service. Others ask for a donation, which you should make in recognition of their craft and their place of worship. For those who don’t read or speak Japanese, keep a list of the temple names in back of the book. This will help you remember which painting represents which site.

From Fushimi Inari in Kyoto to Senso-ji in Tokyo, and even further afield, you can compile quite an extensive goshuincho, and one that is completely unique to you. Because of the order you visited each temple, the monk who crafted it and the design of your book itself, no other individual will have exactly the same, giving you a piece of art to be cherished for years to come. And if you go back, be sure to bring it along, as it remains a living document to which you can add for as long as you travel to or live in Japan.