Originally the home of a feudal lord, for years Hamarikyu Gardens on the coast of Tokyo Bay served as a relaxing retreat for the Imperial Family. Open to the public since 1946, this traditional garden hosts an ultra-modern festival this weekend. The end of the Obon season in Tokyo sees a litany of events ranging from traditional matsuri festivals to music concerts to art exhibitions. Travel back to the Edo period at the scenic and historic Hamarikyu Gardens during the Hamarikyu Oedo Culture and Festival and celebrate the comprehensive works of renowned Japanese fashion designer Junko Koshino. Enjoy a variety of performances including martial arts and rakugo (traditional storytelling), in addition to classic Japanese foods (including items from Fukushima Prefecture to help raise funds for reconstruction of the area). at night, it will be livened by a yukata festival that combines Japanese DJs and Japanese drum performances. Celebrate one year to go until the start of the Tokyo 2020 Paralympic Games, in Shin Toyosu at this high-tech, interactive summer festival. Experience the Paralympic sports in various ways, including full-scale competitive events including a wheelchair basketball game, high-tech games and attractions, demonstrations by a para-athletes and a sky lantern launch carrying a special message. There will also be several gourmet food trucks offering dishes made from market-fresh seafood and produce directly from Toyosu Market. 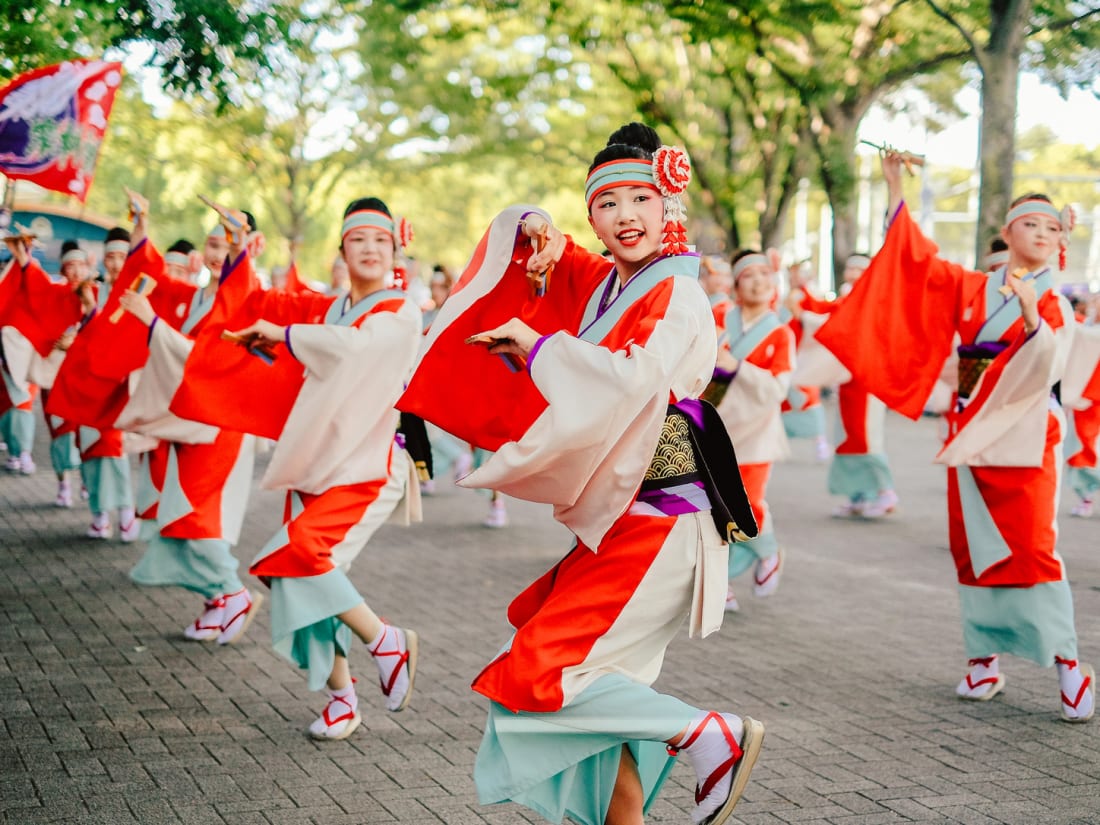 Tsugaru shamisen player and composer Momokusu Iwata performs a concert in Kitaotsuka on August 24. A native of Osaka, Iwata discovered the sound of Tsugaru shamisen at age 9 while watching an animation, “Naruto.” In 2017, the Tokyo University of the Arts graduate won the Tsugaru Shamisen World Championship, held in Aomori Prefecture. Today, the groundbreaking musician plays not only traditional folk songs, but also classic, jazz, rock, pops and dance music. An exhibition of cute cats featuring photography, art and more. As the name suggests this event is celebrating our feline friends through special exhibitions taking place nationwide. The Tokyo exhibition held at Hikarie’s 9th Floor Hall showcases charming kitty photography from all over Japan and even cats from around the world, visitors can also enjoy cat-themed arts and crafts including wood carvings, felt work and paper cutting and of course you can expect a bounty of cat and kitten related merchandise on sale. The purrfect exhibition for anyone and everyone who is just crazy about cats.

Curator’s Cube in Nishishinbashi presents LA-based sculptor Maria Moyer’s latest exhibition, “Field Notes.” Moyer employs traditional hand-building techniques as she wants to leave traces of her touch, however clumsy and imperfect. Coined “clayze” instead of glaze, she shapes the glaze by hand to give it a nudge in the direction she wants it to melt. The stoneware surface treatment is called “terra sigilatta,” which uses slip then cracks in to capillaries during firing and making a topographical statement.

Just about the biggest party in Tokyo, Koenji’s annual street dance festival (August 24–25) crams the Koenji neighborhood to capacity for a weekend of raucous revelry. Around 10,000 Awa dancers and countless more members of the public descend upon the neighborhood to take in the parades that snake through nine different routes along the narrow, atmospheric streets. A Blast of Disney Hits

The Tony and Emmy Award-winning Broadway show combines extraordinary brass and percussion visual performance with the magic of Disney music in Blast! The Music of Disney. This acclaimed Broadway production has been wowing fans across the globe since 2003 and returns once more to Japan to delight audiences with their latest show featuring unique arrangements of classic Disney songs from The Lion King, Little Mermaid, Beauty & the Beast, Mary Poppins, Aladdin and more. No Limits Photography Exhibition in Harajuku

Zuko5 is a group consisting of four people – a freelance stylist, a barber, a portrait photographer and a soba chef ー who express their free ideas by capturing powerful images. Since 2012, the group has strived to keep their passion and curiosity ー something that used to seem so natural before ー from slipping out of their hands. They know no limits in their photography, as they often break the fourth wall, and are not shy to use body paint and lightsabers. Ensembles Tokyo is a participatory music festival which anyone can take part in. Directed by musician Otomo Yoshihide, the event aims for everyone to create a musical collaboration, regardless of background and musical standpoint. Marking it’s fifth event, this year will include a Bon matsuri dance with live music and singing, featuring eclectic guests such as enka singer Kiyoko Suizenji, Kuricorder Quartet and Chieko Ito, formerly of the Strange Kinoko Dance Company. Listen to Otomo’s new festival songs and get ready to join in with the special Bon dance. This traditional Japanese summer festival blends perfectly with its neighborhood’s cool and stylish atmosphere. Well-known for its delicious edible offerings, Azabu-Juban’s summer festival is known as Noryo Matsuri. “Noryo” can be roughly translated as “a cool summer night,” which is probably not the case in the peak of August heat, but at least there will be plenty of refreshments and shaved ice on hand. Music Circus prides itself on being based in Osaka. While everyone else looks to Tokyo, MC is a pioneer in creating a festival that distances itself from the capital. Music Circus also wants to create more than just a festival; they want to create an experience. Festgoers can enjoy dancing, jetpack flying, Instagram-snapping, and whatever else they want at this two-day beachside dance revolution. The famous German festival is traveled throughout Tokyo Bay this summer, not only celebrating beer but the event’s roots, which was meant to honor the wedding of Ludwig I of Bavaria and Therese of Saxe-Hildburghausen back in the 1800s. Today, it’s recognized as one of the most celebrated festivals in the world. Escape to Germany and indulge in sausages and beer tastings under the Tokyo sun.