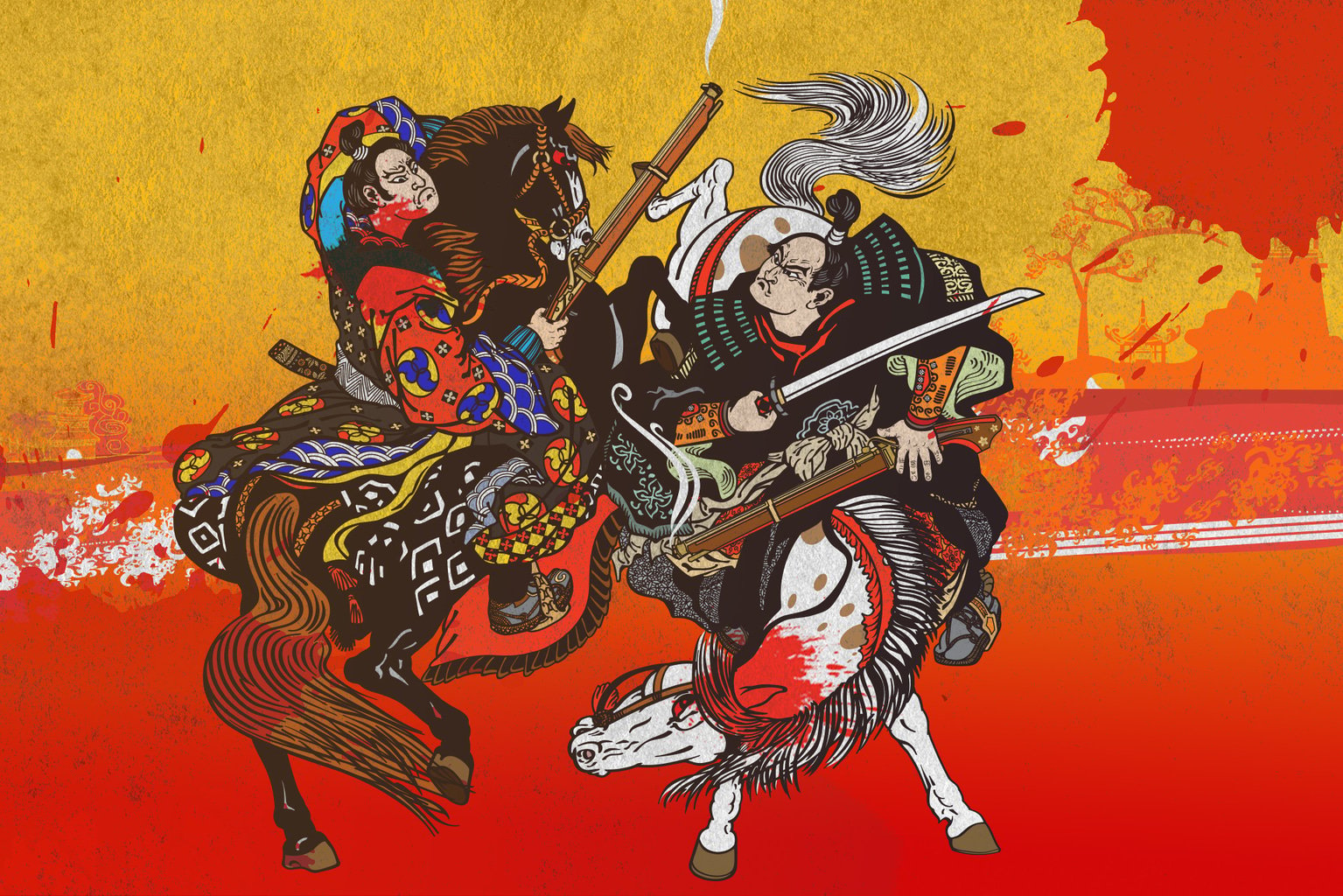 How The Samurai Took Up The Gun and Never Let Go

In late June 2019, a fisherman in Fukuoka accidentally hooked a rusted matchlock musket possibly dating as far back as the 16th century. With the help of some eagle-eyed sleuths who read about the discovery on Twitter, the internet soon found the possible name of the rifle’s manufacturer and the samurai family that most likely ordered it, raising the important question: Hold on, samurai families were ordering and owning firearms 500 years ago?

Firearms actually have a long and fascinating history in Japan, having been part of samurai history almost as long as the katana. In fact, both can sort of trace their origin to the time of the Mongol invasion of Japan. Taking place in 1274 and 1281, the invasion forced Japan to redesign their swords to deal with the tough leather armor of the Mongol soldiers, which eventually lead to the development of the katana we know today. More importantly, it also introduced Japan to the power of gunpowder in battle as the Mongols attacked Japanese forces with ceramic grenades, exploding arrows and possibly simple tube-like guns called teppo (“iron cannon”). However, those weapons were still too primitive to be mass produced for combat. That’s when the Portuguese showed up.

In 1543, a Chinese ship with Portuguese sailors on board was forced to harbor on the Japanese island of Tanegashima, marking one of the first official contacts between Japanese people and Europeans. The lord of the island bought two Portugal-made arquebus muskets from the sailors. Within the next decade, Japan copied their design and produced over 300,000 tanegashima or hinawaju (“matchlock gun”) muskets of their own, which were quickly adopted by the samurai.

It could take many years to properly train a combat archer, while operating a matchlock gun could be learned much faster.

However, guns didn’t immediately change the nature of Japanese warfare. Although very sophisticated for their time, arquebuses had short effective ranges and were susceptible to rainy weather. Plus, the long loading time made them inferior to the power of an experienced archer. But the key word here is “experienced.” It could take many years to properly train a combat archer, while operating a matchlock gun could be learned much faster, which contributed to the tanegashima’s popularity among foot soldiers. Still, a lot of samurai commanders at the time preferred to win battles by laying sieges to fortifications, disrupting supply lines or fomenting dissent among their opponent’s followers, etc. Firearms didn’t really have an effect on those tactics. That’s when Oda Nobunaga showed up.

One of the most famous feudal lords and military commanders in history, Nobunaga saw the potential presented by firearms early on, ordering 500 of them for his troops in 1549. After developing new techniques like more coordinated marching, loading, and reloading formations, firearms proved to be effective weapons during the Battle of Anegawa and the Battle of Nagashino. Their power grew so rapidly that Takeda Shingen, one of the most famous warriors in Japanese history, said in 1567 that “Hereafter, the guns will be the most important arms.” He was a little wrong on that point.

After the 1600 Battle of Sekigahara, Tokugawa Ieyasu succeeded in unifying Japan and started an era of two and a half centuries of peace known as the Edo period. During it, guns were still manufactured and used by the samurai, but primarily for hunting. It was also a time when the samurai focused more on traditional Japanese arts, with more attention being given to katanas than muskets. That’s when Commodore Perry showed up.

The arrival of the U.S. Navy and the forced opening of Japan in 1854 kick-started a new golden age of firearms in the country. More sophisticated guns, rifles and pistols arrived in Japan and were once again adopted by the samurai who used it until the very end. Literally. The Battle of Shiroyama was one of the last stands of samurai against the new Japanese government, the fictional version of which you might remember from the movie The Last Samurai. However, what the movie got wrong (among many other things) is that the samurai led by Saigo Takamori (Katsumoto in the movie) weren’t averse to firearms. In fact, they themselves employed a limited number of muskets and artillery.

The point is that, from the advent of the warrior class to the time of its demise, Japanese samurai embraced the gun. It’s not what we today associate with them, but it’s very much a part of their history and identity.