Brands with more than a century’s history aren’t usually found on the backstreets of Harajuku. Ura-Hara, as the area is more commonly known, is usually the playground for experimental up-and-coming street fashion labels. But British vintage leather jacket firm Lewis Leathers, established in 1892, is the newest addition to the neighborhood.

Situated right at the end of Harajuku Street, near the Meiji Dori Diesel space, the store is a virtual love letter to the brand’s obsessive Japanese fans who have been buying leather jackets from the company’s original store in London’s Great Portland Street and later the current Whitfield Street location for decades. Lewis Leathers, in a strange quirk of fate, has been part of, or instrumental in the aesthetic of several key 20th century fashion movements including 60s rockers and 70s punks. Famous fans of the brand include Paul McCartney, The Sex Pistols, The Clash, Ewan McGregor and Kate Moss.

The label originally started, however, as a gentlemen’s tailor and later designed aviator jackets for British wartime pilots and motorbike enthusiasts. In a recent interview with Weekender, Derek Harris, director of Lewis Leathers, explains: “The brand, after the war wasn’t just doing functional clothing, it was making clothing with style which attracted people who weren’t necessarily motorcyclists.”

“When I was seventeen I got into punk rock and I saw some of these guys in bands like The Clash and the Pistols wearing Lewis Leathers and it caught my eye,” he says. “It spoke to many kids from my generation. I think by wearing Lewis Leathers and shoes by George Cox from Northamptonshire it kept it British and there was a sense of history to the whole thing. My path crossed with Lewis Leathers again, years later, when I started working for a small Japan-based clothing company who were selling clothes to rock and rollers. And they wanted leather jackets. So I went off to Lewis Leathers and noticed that by then (the early 90s) the brand had moved on from the kind of things they were doing when I was younger. I didn’t really recognize the products.” 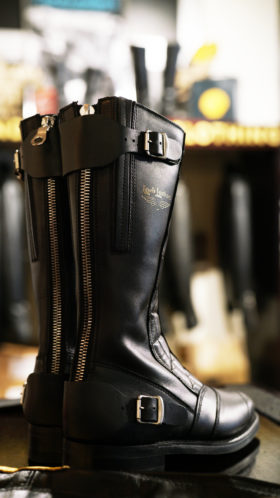 Harris then began his passion project which involved taking the brand back to its classic styles and engendering a “made in England” philosophy with jackets being made in London, boots in Northampton and gloves in the West Country. This passion and drive for authenticity was reinforced by a trip to Japan in 1991. “My Japanese friend explained to me about the whole denim boom in Japan and the authenticity of making a pair of Levis with the correct stitching from years like 1936 or 1942. So I could see that if this is what the consumer was demanding then if we could do the same with Lewis Leathers, with this Japanese-style attention to detail, then we would be fine. So that’s what I’ve tried to achieve.”

“We then attracted the attention of designer Junya Watanabe – we worked with him for six collections. And we’ve also worked with Rei Kawakubo from Comme des Garcons on and off since then. So that’s about 15 years now. We’re also collaborated with other Japanese brands like Hysteric Glamour, Neighborhood and United Arrows. The Japanese customer knows about good-looking clothing, well-tailored and something with a bit of history behind it. We have about 8-10 colors in our range of jackets because people want to be individuals. We also offer customization options to our customers.”

You can’t miss the beautifully designed store with its London-style signage and array of vintage motorcycles parked outside and inside the store. It’s ostensibly a homage to the company’s past and testament to its current popularity. 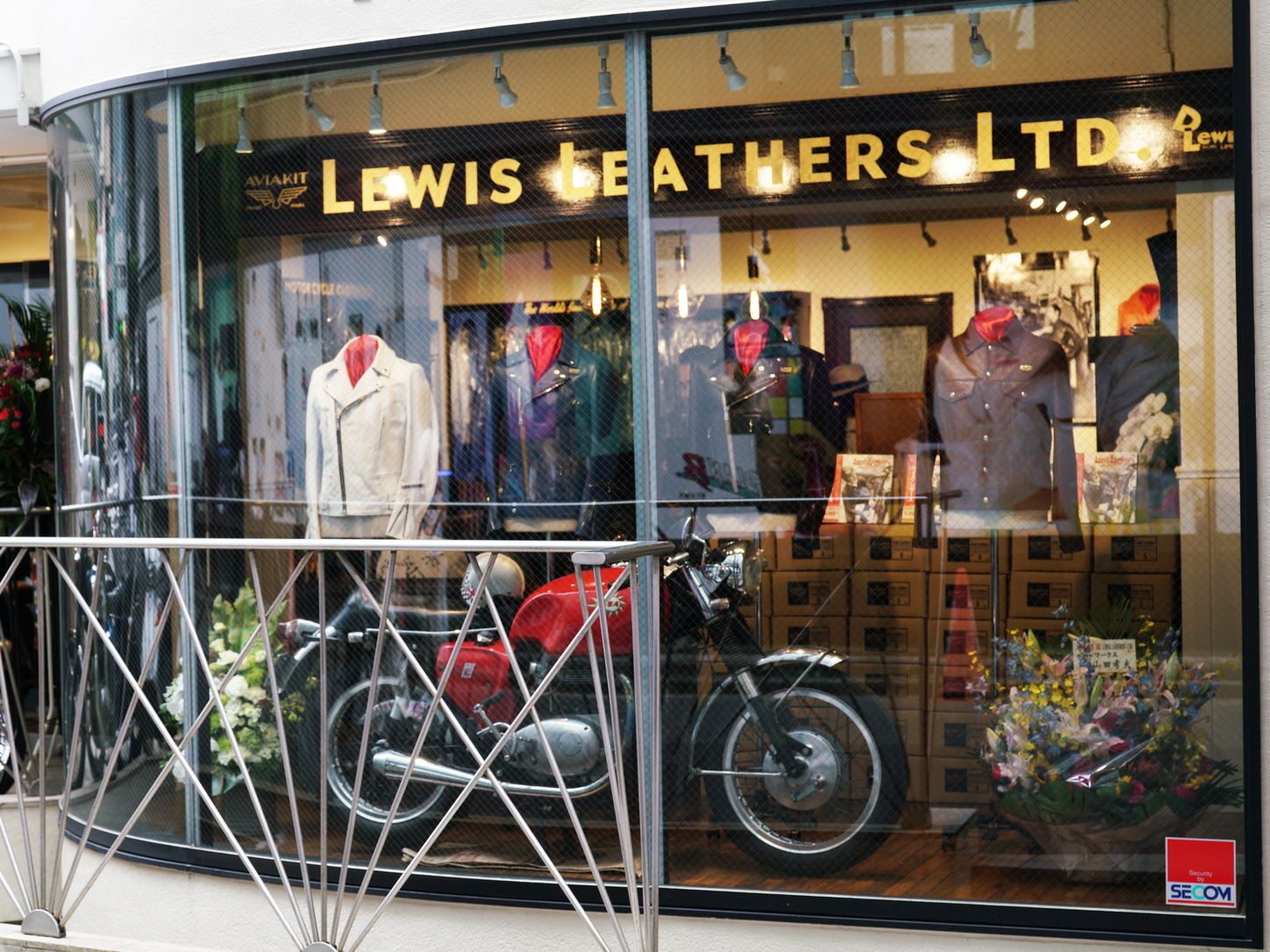