If you were asked to describe what being questioned by the police would be like, there are several words that would come to mind. “Inspirational” probably isn’t one of them.

But for Barry Lancet, long-time resident of Tokyo and author of the detective-thriller Japantown, optioned last year by J. J. Abrams’s production company, a three-hour grilling at the station was exactly what fired his imagination and provided him with two characters who would later populate his fictional world.

Lancet was only a few years into the more than 25 that he has now spent in Tokyo. He had literary ambitions, but he wasn’t sure what he wanted to be writing. He didn’t have much choice about heading down to the police station, and he wasn’t heading down there in an inspired frame of mind. The night before, he’d come home to an angry wife (and in-laws: they lived upstairs) who had gotten a call from the police asking for Lancet to come in the next morning, but didn’t say why.

They weren’t very forthcoming at first. A bulky, gruff policeman led him down a hallway, and shoved him into a room. Nearly 45 minutes later, a dapper, well-groomed officer with a full head of silver-grey hair came in and began the questioning. Lancet quickly realized that his “crime” was a minor one: he hadn’t gone to city hall to register a new visa. The crime might have been harmless, but Lancet quickly realized that he was in a tenuous position, and as the questions grew more personal, he had the sense that “if I didn’t answer these questions the way they’d wanted, they were going to throw me out of the country!” Eventually he started to look at the one-man “good cop, bad cop” routine with fascination, and he got a clear idea of what he could write about. The two policemen at the station that morning made their way into Japantown, and its sequel, Tokyo Kill, out this September.

“The standard advice is always ‘write what you know,’ but I don’t really like that. Because what if what you know is your day job, which bores the crap out of you?”

The series (several more books are planned) features Jim Brodie, a detective and antiques dealer based in San Francisco. In the first book, Brodie has to unravel the mystery behind the murder of a family living in San Francisco’s Japantown. The tightly wound narrative finds Brodie using his deep knowledge of Japanese culture and language to tease out the clues behind the killing, and protect his daughter, who becomes the murderer’s next target. Mixing high culture with the seedy shadow side of the societies of Japan and the US, Japantown found a rapt audience even before it hit the shelves: the novel was reprinted three times before it was released, and once more one week after publication. Abrams, the director, writer and producer behind the recent Star Trek reboots and the immensely popular TV series Lost, has plans to turn the books into a television series through his production company, Bad Robot.

But between the interrogation session at that police station and the overnight success of his first novel, there were two decades of work as an editor with the Japanese publishing house, Kodansha International. Lancet commissioned and organized book projects for projects such as high-end cookbooks, studies of Asian philosophy, and others; this experience is part of what gives his fictional hero his deep knowledge of Japanese culture. As he explains, the novel itself took a long time to write: he jotted down ideas while on daily commutes and weekends, but chose to stay away from editing fiction at his day job. It was the closing of Kodansha that gave him the push to give the writing a solid year, but his advice for any budding writer is to keep at their projects every day, “even if it’s for five minutes in any given day.”

Given the way that the publishing world has been changing over the past decades, Lancet warns that there is no secret formula for success in the literary marketplace, regardless of where your inspiration comes from: “The standard advice is always ‘write what you know,’ but I don’t really like that. Because what if what you know is your day job, which bores the crap out of you? If that’s the case, and that’s what you know, you don’t want to write that. So be aware of what’s going on, but you still have to do your own thing.” 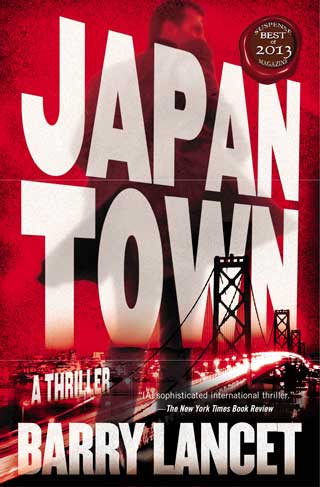 Out in paperback in September. Visit barrylancet.com to order a copy. 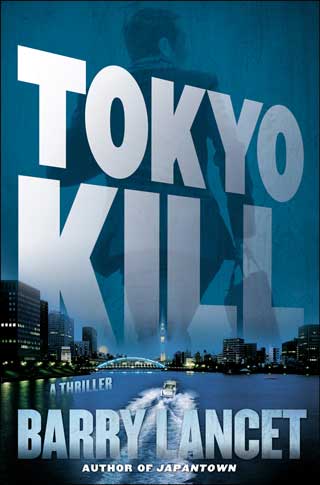 Available in hardback and as an ebook in September