Five of the coolest cars at the Tokyo Motor Show

It’s getting to be that time of year again, and you can feel it in the air. It’s something special that you can’t quite put your finger on, like something great is just around the corner. That’s right: the Tokyo Motor Show is almost here.

Starting this weekend at Tokyo Big Sight in Odaiba, you’ll be able to see some of the coolest designs and innovative technologies that that automotive world has to offer. While some people come to check out next years’ versions of the cars that you can already see around town and others come to look at the booth girls, what stands out the most are the concept cars. These are the models that might never make it to the streets, but they show just what car makers can come up with when they’re allowed to dream and be just a bit unrealistic. What’s more, these ideas frequently do make it into next-generation cars.

We took a peek at some of the models that will be on display for Tokyo Motor Show, and here are our picks for what we might be driving in the cities of the future—that is, until we all get our jetpacks. Stand out is what this car does, and standing up is how you drive it. This concept car doesn’t have a steering wheel; rather, the driver shifts his or her weight to move the vehicle, a bit like a Segway. The car’s connection to driver goes beyond just sensing a shift in weight, though. According to the automaker, the FV2 can read its driver’s emotions and suggest destinations. And you can change the color of the vehicle at will. The future’s not looking too bad . . . 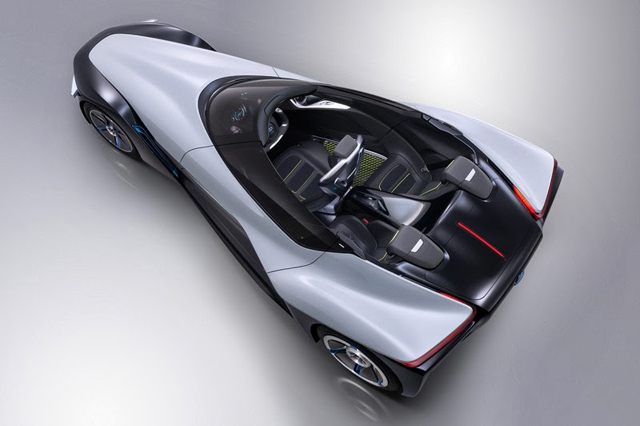 As innovative as this EV concept car looks (it just might work for a superhero’s commute), it’s possible that Nissan will be producing this car in the near future. Based on the design of the DeltaWing race car, the BladeGlider’s engine uses technology from Nissan’s all-electric Leaf, and it features in-wheel motors that deliver responsive handling and cut down on power usage. This plug-in hybrid model is going to be ready for the roads in the next year. According to BMW, the i8 offers the performance of a sports car with the fuel efficiency and emissions output of a compact. The clean lines on the i8 and the fact that you might be able to drive it next year could have you dreaming, but a base price of $120,000 might splash some cold water on your face. The LF-NX takes the idea of the SUV and moves it into the avant-garde, adding a 2.0-liter engine to give that modern design a bit more of a kick. With an aggressive, sleek profile and a front spoiler that provoked some strong opinions at the Frankfurt Auto Show, this model also sports a remote-touch interface and a touchpad that gives the driver complete control over the cabin environment. “Now wait,” you might say. “Aren’t all of the cars of the future supposed to be sleek and streamlined?” Well, it just might be that the future cities of Japan will still need the trusty kei-car. The kei-car, or light vehicle, is rarely found outside of Japan and also includes varieties bigger than a passenger car. It wouldn’t be too hard to imagine this blocky model taking building materials to a construction site somewhere, decades from now.

Keep an eye out for our feature on the Tokyo Motor Show in the December issue of the Weekender.