Lack of Lawyers is no Joke in Japan

Heard any good lawyer jokes lately? If you have, chances are they weren’t in Japanese. While English may have a fine tradition of lawyer jokes – every year brings new books and desk-calendars produced in their honour – there’s no equivalent custom in Japanese.

So why the dearth of lawyer jokes in Japan? It could be the simple fact that there are so few lawyers here. Last year, there were only 30,503 attorneys registered with the Japan Federation of Bar Associations, roughly one lawyer for every 4,160 people in Japan. The American Bar Association last year registered just over 1.2 million lawyers, which works out to one lawyer for every 250 people in the US. 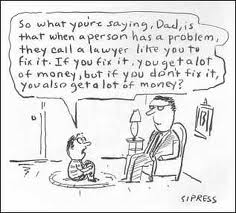 Lawyers may be thin on the ground in Japan, but there are more than there used to be. Japan made major reforms to its legal system in 2001, taking steps to speed up litigation, institute a jury-like system of citizen judges (the so-called lay judge system came in to effect in 2009), establish postgraduate law schools, and, most importantly, increase the number of people who pass the country’s national bar examination every year. Until 2006, the only way to become a practicing attorney in Japan was to first pass the national bar exam and then undertake eighteen months of post-exam training at the Legal Training and Research Institute of the Supreme Court of Japan.

Japan’s old bar exam, which anyone could sit as many times as they liked, had a remarkably low pass rate – about 2%. Between 1963 and 1990, only 4-500 examinees passed each year. The number of bar exam passers gradually increased throughout the 1990s, reaching about 1000 a year in the early 2000s.After the legal reforms of 2001, legal education in Japan changed dramatically. Previously, anyone who wanted to be a lawyer would, typically, get an undergraduate degree in law, and then try to pass the national bar exam. 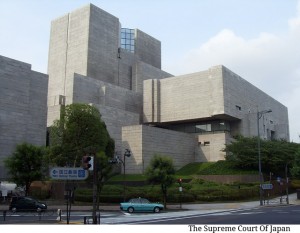 Since 2004, would-be lawyers have had to attend postgraduate law schools for two or three years before attempting to pass a revised bar exam. After the exam, they face a year of training at the Legal Training and Research Institute. The average pass rate for the new exam, at 33%, is much higher than the old figure. However, law school graduates now have only three chances to pass the test. If they fail after three attempts, they either have to return to law school, or simply make other career plans.

Last year, 2,023 people passed the national bar exam, graduating right into one of the toughest job markets for lawyers in Japan in recent memory. The global economic crisis, combined with a sudden increase in the number of new lawyers, has meant it is harder than ever for new lawyers to find work. To reduce unemployment among new lawyers, the Japan Federation of Bar Associations is now urging the government to “reduce the number of successful bar examination candidates to a significant extent from the current level.”

So, confusingly, Japan may only have a few lawyers compared to the US, but, due to recent legal reforms, it looks like it has a few too many.