Before Squid Game took the world by storm there was Alice in Borderland. Based on the manga of the same name by Hara Aso, the first season, which was released on Netflix in 2020, followed Ryohei Arisu, a 24-year-old video game expert and social outcast, as he entered the borderlands where he learned to survive in a dystopian Tokyo.

After two years of anticipation, the series and its beloved cast return for a second season, as they search for the one (or ones) behind the borderlands’ nefarious games. Tumbling Down the Rabbit Hole Again

Where we last left off, protagonist Arisu seemingly had his wish granted: to be transported into a new world following an unexpected display of fireworks in the sky above Shibuya. Together with his two best friends, the trio discovers Tokyo has become a battleground where players must fight to the literal death through a series of dangerous games, each represented by the number and type of a deck of playing cards.

Winning a game grants players an extension on their “visa” to stay in the borderlands. Losing at a game or having one’s visa expire results in instantaneous death. After the completion of Season 1’s beach arc, Arisu, Usagi, Chishiya and the remaining characters must now go head-to-head with the citizens of the borderlands and their leaders, the Kings, Queens and Jacks.

As revealed in the previous season, the games are categorized by card type with the number representing the difficulty. A Spade game is a test of physical capabilities such as strength and agility, while Clubs are group challenges. Diamonds will benefit intellectual thinkers and Hearts test emotional resilience as they often revolve around player betrayal. The stakes are raised in the new season as characters attempt to play face cards games, the ones with the highest difficulty of them all.

Of noteworthy mention are characters such as the King of Spades whose almost invincible-like quality will be a force to be reckoned with even for our athletic Usagi and Kuina. The King of Clubs, played by an implied nude Tomohisa Yamashita, also becomes a pivotal character development moment for Arisu with his team-oriented challenge riddled with philosophies of life. 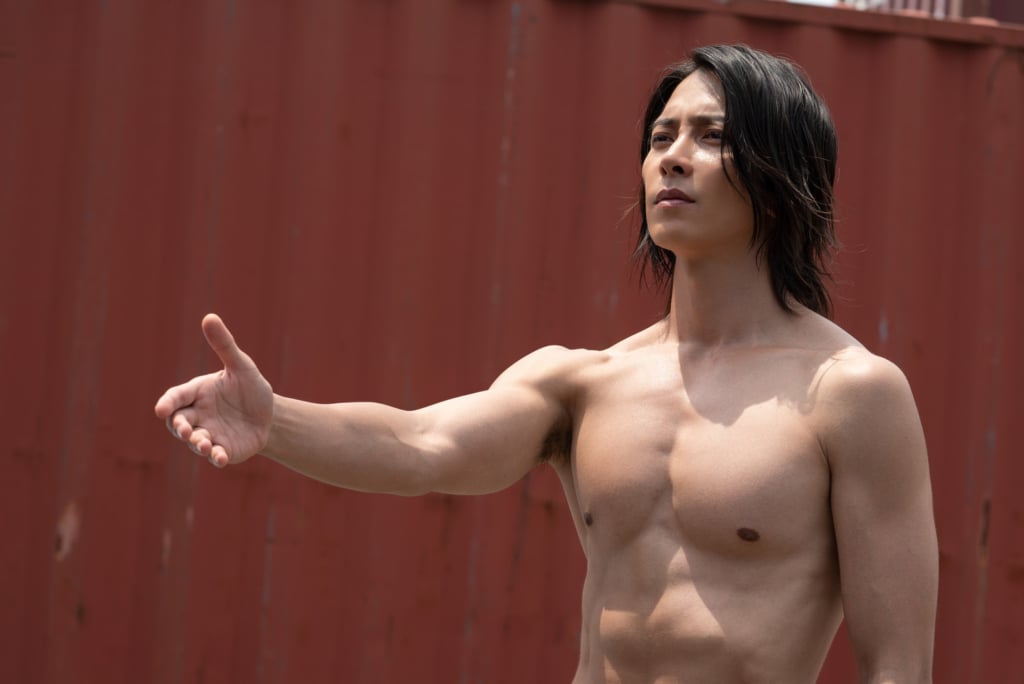 It’s no secret that Alice in Borderland sits as a reinterpretation of the Lewis Carroll classic Alice in Wonderland. Thematic parallels include the quest for knowledge, identity, self-discovery and nihilism. Some references are more on the nose than others, as characters in the show also embody archetypes from the novel. Arisu and Usagi as the main characters naturally represent Alice and the White Rabbit, while Chishiya with his intellect and smug disposition is inspired by the novel’s Cheshire Cat. Kuina’s blue-toned clothing and the constant fake cigarette she keeps in her mouth are reminiscent of the Hookah-Smoking Caterpillar. Her story as a transgender person also hints at the process of metamorphosis that the caterpillar goes through to become a butterfly.

Thematically, the crux of Alice in Borderland has always been about human life. The premise of the show strips away at laws, capitalism and the presence of any kind of order or hierarchy which forces players of the games to face each other and themselves in their rawest forms. The extreme conditions where they are constantly fighting for their lives and seeing the death of others around them push everyone to their limit.

It is in these moments that the characters and the viewers are able to ascertain what really is the thing each person values above all. Whether that’s human life, their own life, the ability to return home, or the desire to stay in the borderlands, these desires are brought to the fore through the circumstances they are in. The wider Tokyo landscape is thrown into complete disarray, including neighborhoods such as Shinjuku and Aoyama but especially Shibuya. There’s something intriguing about seeing the Shibuya we know and love drastically descend into an Orwellian nightmare.

Digital Frontier, the team behind the series’ design, has painstakingly kept it as realistic as possible, even including iconic businesses. As the story progresses, buildings not only get destroyed but are rapidly covered in flora overgrowth. This return to nature gives an ethereal, solar-punk vibe to Shibuya and a glimpse into what this normally bustling corner of Tokyo would look like in a desolate future. Spoiler-not-spoiler: The Queen of Hearts game and the final battle against Borderland citizens takes place at the iconic Shibuya Sky, of which its breathtaking panoramic view is only matched by the ominous foreshadowing of what’s to come for Arisu and the gang.

The first season of Alice in Borderland was released at the end of a year of strict rules and lockdowns, and where an empty Shibuya crossing was something locals and residents alike were resonating with — perhaps a bit too much.

If there are any lessons to be learned from Alice in Borderland, it’s the fleeting fragility of life and how we should seize the day and make the most of our time here on earth. A third season has yet to be confirmed but the final episode hints it could be on the cards.

Tao Tsuchiya Is Back in Borderland →