When the trailers for the anime movie Bubble were first released, they made heads spin, and not just because of the whirling, supersonic camera work. A parkour-focused story set in a partially submerged Tokyo surrounded by mysterious, physics-defying bubbles, and all directed by Tetsuro Araki who honed his skills in portraying midair, animated acrobatics with Attack on Titan? By all accounts, Bubble was shaping up to be one of the most exciting movies of 2022. But now that the film has been released (on April 28), what’s the final verdict? Does it live up to the hype? There is a lot to enjoy about Bubble like the sheer scale of its backgrounds. The camera doesn’t shy away from briefly forgetting about the characters and zooming out to give us gorgeous, spanning shots of a postapocalyptic Tokyo drowning in water and otherworldly bubbles. Lots of little tricks are used to really emphasize the massive scale of the disaster, making the derelict megapolis look menacing and oppressive and the perfect setting for “Tokyo Battlekour,” a parkour capture-the-flag game played by young people living illegally in the remains of the city.

The parkour scenes themselves are fun, fast, flashy, frenzied, and probably a lot of other adjectives that start with an F. But that’s really it. Everything else from the story to the characters is, somewhat ironically for a film about a giant flood, really not that deep. An Overexplained, Postapocalyptic Take on The Little Mermaid

This will be a slight spoiler but by the end of the movie, we don’t find out what the Bubble bubbles really were because that wasn’t the goal of the film. It was never about solving the mystery of the fall of Tokyo but rather about retelling the story of The Little Mermaid. Not the Disney adaptation. The Hans Christian Andersen original, which the movie explicitly spells out for us by having the female lead — a mysterious girl given the name Uta — become obsessed with the book. She continuously refers to herself as the mermaid from the story, and to the male protagonist — a parkour prodigy named Hibiki — as her “prince.” So if you know how Andersen’s story ends, you also already know how Bubble ends.

The Little Mermaid inspiration should have been obscured or updated somehow to keep us guessing. But instead, Bubble, for whatever reason, tries to construct a mystery around the initially mute Uta despite clearly and obviously showing exactly what she is when the character is first properly introduced. The fact that she looks like something an AI would come up with after being given the prompt “manic pixie anime dream girl” also works against the film. The Shallow Symbolism of Bubble

Throughout most of its runtime, Bubble introduces a lot of themes and ideas that sure seem like they’ll have something to do with the story: vortexes, the cyclical nature of life, water, sound, the disconnect between modern life and nature. All of these symbols are brought up constantly but, in the end, amount to nothing. They’re dazzling and colorful, though, so simply presenting them in their natural state without characters explaining what they’re supposed to mean definitely could have worked as long as the story had a more relaxed “sit back and enjoy the ride” style to it like Children of the Sea.

But that’s not Bubble. The movie is a constant parade of “telling, not showing” through clunky dialogue and forced exposition. And when it does show, it keeps things so explicit that it basically counts as telling. Problems with the Premise

The more you think about it, the clearer it becomes that the entire Little Mermaid premise of Bubble was fundamentally flawed. There are ways to fix it like by getting rid of the evil parkour team, keeping Uta more of a mystery, and focusing more on the environment with a “just vibes” approach. You know, a Little Mermaid for Gen Z sort of deal. But then you realize that that basically describes Ghibli’s Ponyo. And, really, if Araki only needed a setting for his parkour sequences (which, again, really are great) then there were a million different stories that could have served him better. 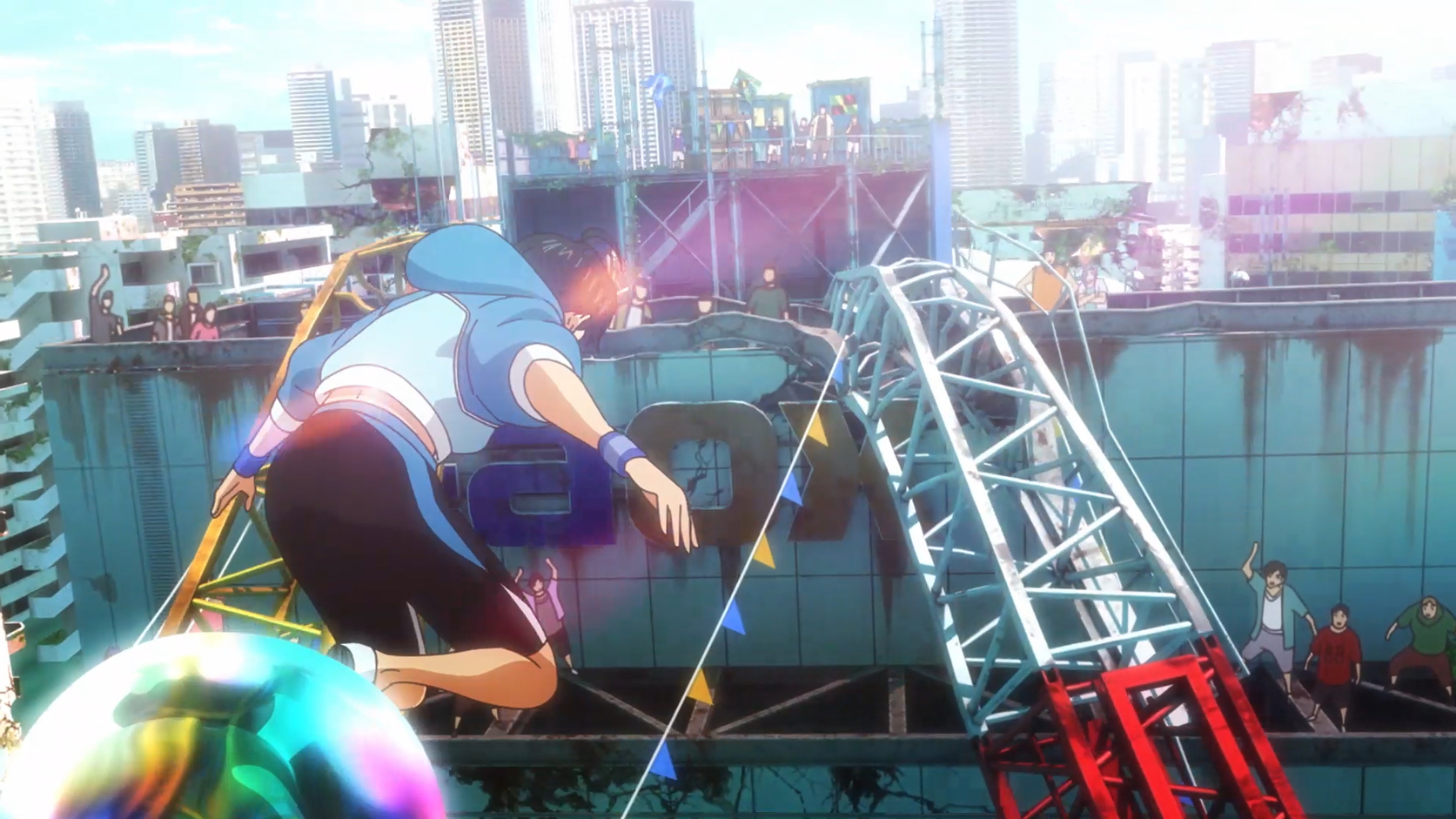 Still, since the movie is available on Netflix, there’s no harm in watching it if you have nothing better to do. The good parts are still good and the bad parts don’t particularly detract from them, and at just 100-minutes long, Bubble isn’t the worst use of your time. Maybe not the most stellar recommendation ever but neither was the movie.