A pioneer in the industry, he was also the first male Asian actor to be nominated for an Oscar

For 10 points, name a Hollywood movie with a male Asian lead? For 100 points, it can’t be a whacky comedy or a martial arts film. To win the game, say anything besides Crazy Rich Asians. Do you see the problem? AAPI (Asian Americans and Pacific Islanders) today make up seven percent of the total population of the US, yet the men in that group seem to have been relegated to just two types of roles in Hollywood: the funny guy or the bad-ass fighter. Maybe that’s not the worst pigeonhole to be in, but it is a pigeonhole nonetheless.

The weird thing, though, is it wasn’t always like this. Back during the silent film era, there used to be a Japanese actor who filled cinemas with the power of his rakish looks and smoldering charisma. His name was Sessue Hayakawa and he was one of Hollywood’s very first sex symbols. 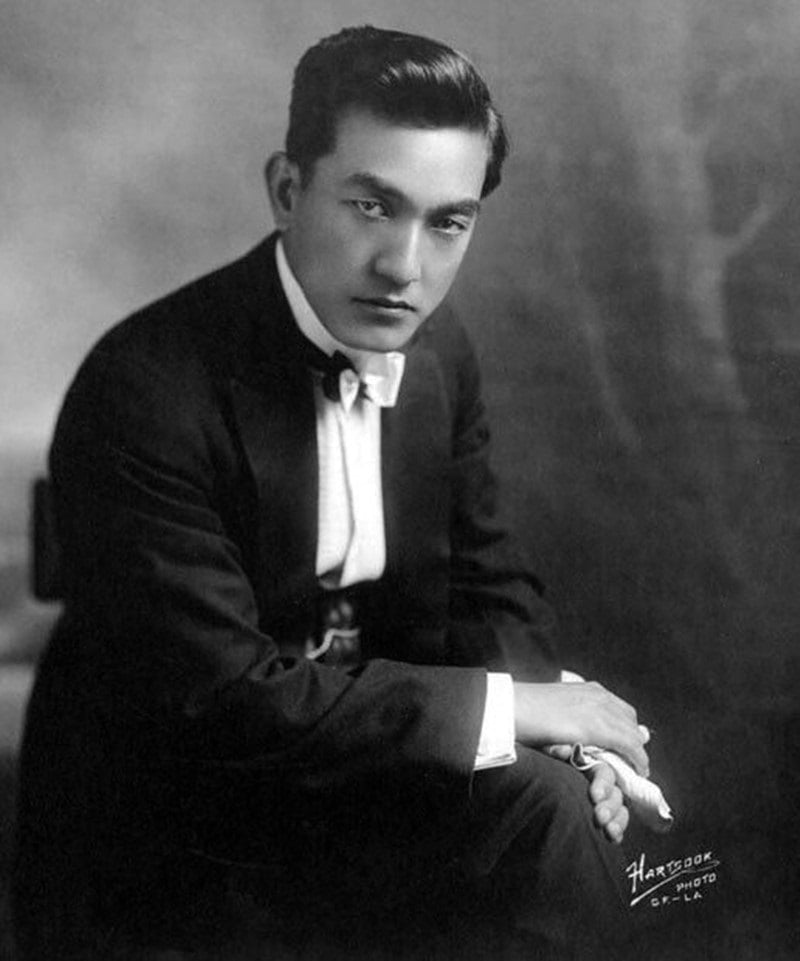 Born Kintaro Hayakawa in Chiba Prefecture in 1886, he later took on the stage name “Sesshu” (meaning “snowy bank” or “land”). That eventually got distorted in English into “Sessue.” There is a lot of myth and legend surrounding his early life, but what is certain is that during the early 1900s, he traveled to California. There, he was scouted by a Hollywood producer while appearing in a stage play.

After featuring in a number of movies, he was cast as one of the leads in the 1915 silent drama The Cheat, directed by legendary filmmaker Cecil B. DeMille. This made him the first Asian lead in Hollywood. Once the film premiered, women all over started throwing themselves at Hayakawa’s feet. Or, at least, they threw their coats at him.

When are we gonna get a movie about Silent Film hunk Sessue Hayakawa pic.twitter.com/FUDy9NpLCn

There is a story about how Hayakawa was exiting his limo for a movie premiere, when he visibly grimaced because there was a puddle in front of him. Dozens of female fans are said to have rushed to his aid, throwing their coats on the ground so that Hayakawa wouldn’t get his shoes wet. To understand this devotion, we have to take a closer look at The Cheat.

The Cheat: The Movie That Launched His Sex Symbol Status

The Cheat tells the story of a spoiled socialite (played by Fannie Ward) who meets a rich Japanese businessman (Hayakawa) and instantly feels attracted to him. She borrows a substantial amount of his money to cover up her charity embezzlement and in exchange she promises to sleep with him. However, due to her husband getting a sudden windfall, she’s able to pay the man back in cash. That was not what Hayakawa’s character was hoping for. Trying to take her by force, he ends up marking the woman as his property using a red-hot brand. She then ends up shooting him. While it may sound like a pretty dark thriller, it reportedly had the women in the audience swooning.

The story of The Cheat is not that different from modern movies, sharing some similarities with Indecent Proposal and Fifty Shades of Grey, in which the male lead attempts to assert his dominance over the woman. It’s quite a terrifying thing in the real world, but in the safe land of make-belief, it apparently revved up more than a few engines. This was all helped by the actor himself, as Hayakawa was an incredibly handsome man.

The Limits Imposed on an Asian Sex Symbol

Ironically, the rampant racism of the early 20th century added to his allure. Due to rising anti-Japanese sentiments (which were later codified into law), he wasn’t allowed to “get the girl” if the lead actress in the movie was white. He could flirt with her, at least. And that’s what he did as the romantic lead (and oftentimes villain) in the many movies he starred in early in his career. But he wasn’t allowed to seal the deal. In short, there was a forbidden fruit aspect to him that made women flock to the theaters in their droves. This arrangement not only turned Hayakawa into a Hollywood sex symbol, but also made him rich. Nevertheless, he quickly got tired of being typecast as the forbidden lover.

Now watching Anna May Wong and Sessue Hayakawa in Daughter of the Dragon (1931). pic.twitter.com/9q8xyJEytb

Hayakawa eventually started his own production studio that allowed him to make and star in movies that didn’t fetishize him or Japanese culture. One successful example was The Dragon Painter (1919). However, for a variety of reasons, Hayakawa left Hollywood soon after that. He was gone for almost three decades and upon his return in 1950, he mainly took on villainous roles. One of his most famous parts was again as a villain. He played Colonel Saito in The Bridge on the River Kwai (1957), a role that earned him an Oscar nomination.

By then, the era of the Asian romantic lead was over. This was most likely brought on by two things: the defeat and demilitarization of Japan after WW2 and the rise of communist China.

Some productions tried to fight this political pigeonholing of Asia. They gave us complex and non-stereotypical Asian characters like George Takei’s Hikaru Sulu in the original Star Trek. But roles like that were the exception. Even Hayakawa’s era wasn’t that peachy since a big part of his draw back then was the fetishization of his “exoticness.”

However, old Hollywood at least acknowledged that Asian men could be desirable, as opposed to modern movies that still largely desexualize the entire group. Things are getting better in that department, but we’re far from where we should be after well over a century of Asian actors appearing in Hollywood movies.

One day I need to come back to his star ⭐️ for cleaning up.

Stay in the know when it comes to Japanese films by reading these articles: