For our latest entry, we present a true Tokyo poet in love and lust with the city. Where other poets might swoon over temples and shrines, Joy Waller worships the love hotels of the metropolis. She sketches out scenes caught late at night or early in the morning, what goes on in the darkness and silence between the last train and the first train. She herself puts it best when talking about her book of poems “Pause :: Heartbeat” – “Love hotels, cups of coffee, street angels, seaweed, stray men, record players, cigarettes—all that stuff is a certain level of real, and I throw myself into it like an offering. ”

Pacing between sexcapades and solitude, Waller’s poems undress Tokyo from its neon glitz and show us the genuine disheveled parts of it too. 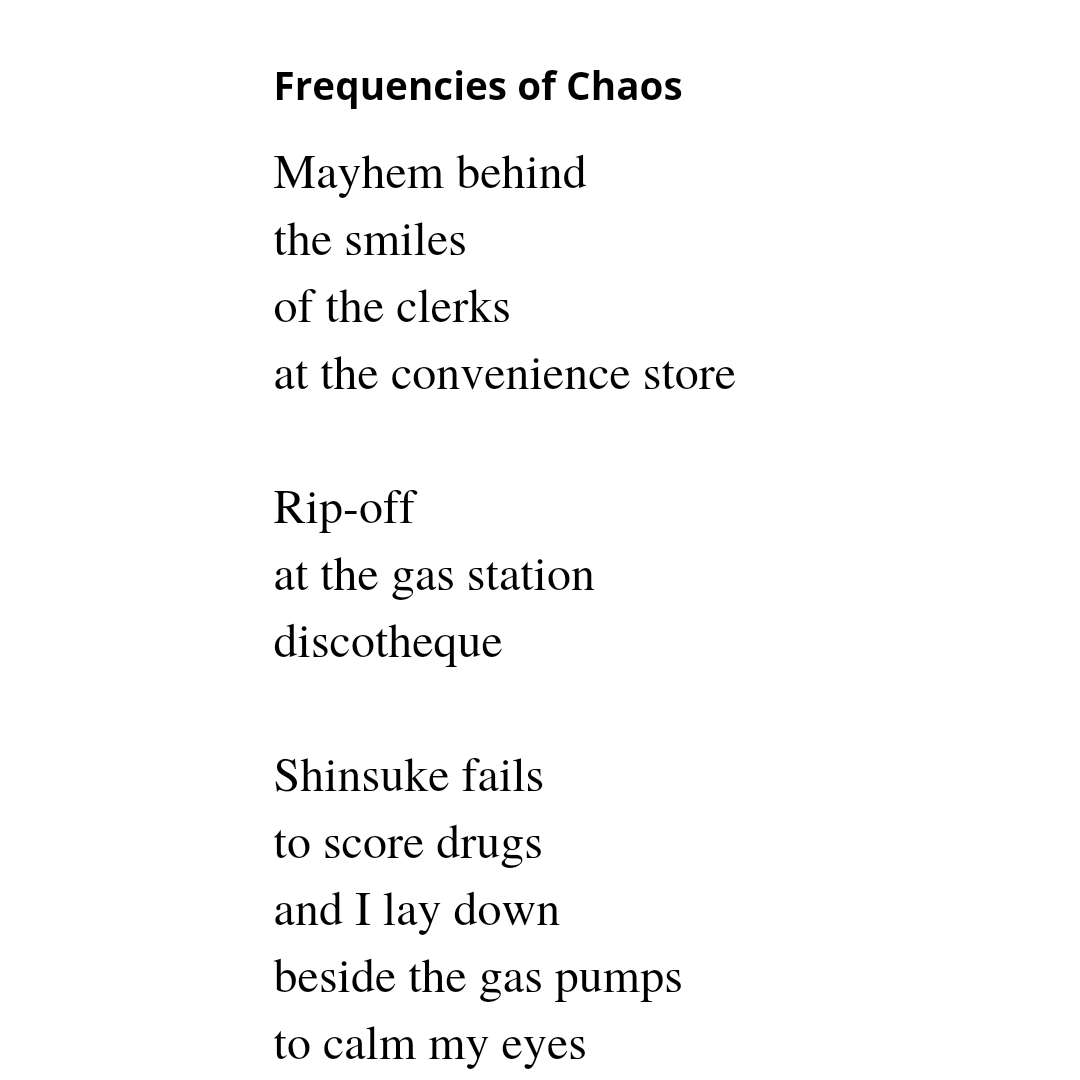 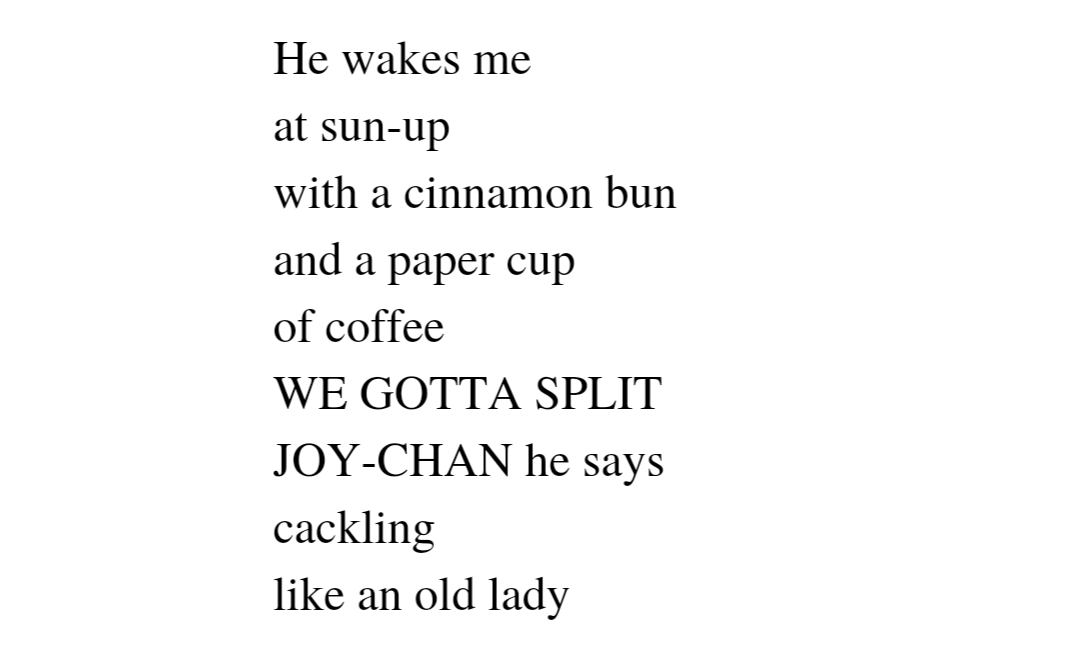 Waller’s poems feel like a key to a secret Tokyo club, that one underground you always suspect exists, but are not allowed to go in. Equally playful and poignant, they explore an array of emotion and thoughts, or a lack thereof. 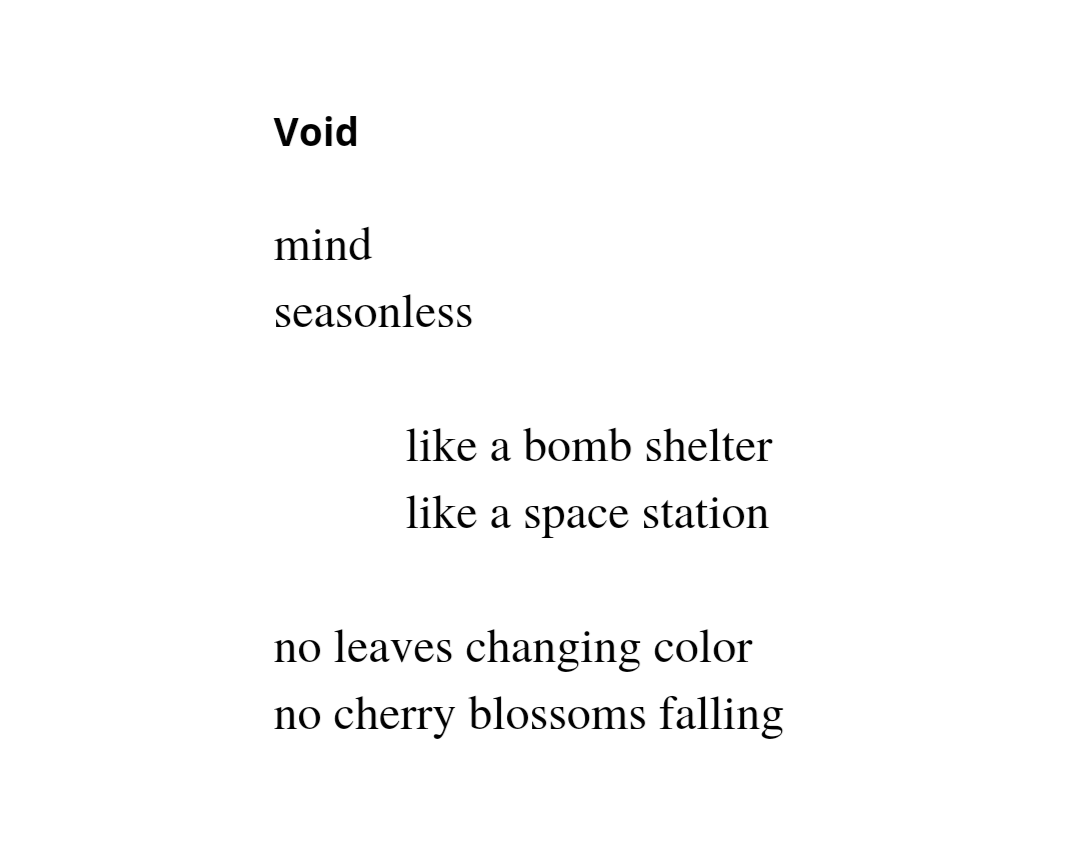 These poems are just a glimpse of her work, which also includes short stories and micro-fiction miniatures. Read on to find more about the poet herself as well as where to buy her poetry collection. 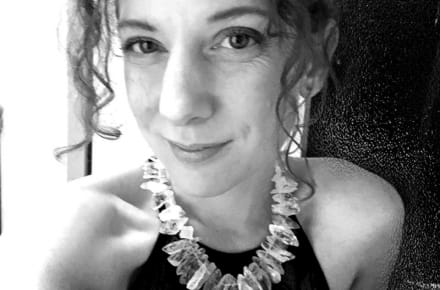 Joy Waller was raised in the mountains of British Columbia, Canada and spent her young adulthood on Vancouver Island. Her poetry collection, Pause :: Heartbeat, was released by ToPoJo Excursions in 2019 and you can get it here. She currently works in Tokyo as a writer and editor.