While the majority of foreigners with a permanent base in Japan have since returned, there is a subset of future arrivals still stranded in limbo abroad

In the spring of 2020, Japan caused quite a stir in the ranks of its foreign-resident community. On April 3, the administration (headed by then Prime Minister Shinzo Abe) imposed a ban on non-Japanese citizens returning to the country from well over 100 nations to quell the spread of Covid-19. The ban affected thousands of taxpaying, visa-holding members of society with families and livelihoods across the Japanese archipelago. This accounted for naught at the border, however, without the intangible key to open the door: Japanese blood.

After continued public outcry, an online petition which garnered more than 20,000 signatures and calls from international business lobby groups to overturn the ban, common sense eventually prevailed in September when the restrictions were loosened.

Yet while the majority of foreigners with a permanent base in Japan have since returned, there is a subset of future arrivals still stranded in limbo abroad.

Struggles in the Tertiary Education Sector

Japan’s tertiary education sector has long been bolstered by cross-border cooperation. This has been achieved through research grants, postdoctoral fellowships and the increasing popularity of Japanese language schools. You also have a foreign student population that more than doubled from 2010 to 2019. Despite this interdependent relationship, tertiary education was one of the hardest-hit sectors by the original border ban. For many, the struggles have extended throughout 2021.

One Kazakhstani Ph.D. student (who chose to remain anonymous) was set to join a prestigious academic institution in Japan last September yet is still unable to apply for a Certificate of Eligibility (COE) – a prerequisite for long-term visas. This person, who previously lived in Japan for several years, notes that holding a Kazakhstani passport is rarely a seamless pathway for acquiring a visa. “But this time, it’s a whole new level of bureaucratic bullshit,” they said and we’re quoting verbatim. “I mostly blame the Japanese government for the lack of transparency and chaotic changes in their border policy.” Sean Horgan, a Japanese-language student and visa-holder currently in the US, echoes this sentiment. He’s been trying to re-enter for the past year. In April, he wrote a letter to the Japanese Ambassador to the United States of America. in search of answers. He’s still waiting for a response.

“It doesn’t look like the government has established any plan or procedure about how or when they’ll let us back in,” says Horgan. “I think this lack of a plan is what frustrates most other foreigners in my shoes.”

Both opinions reflect a wider trend. Many of those in higher education spoke either off the record or under the guise of anonymity out of respect for their affiliated institutions and employers, who I’m told, have been largely supportive and helpful. The problem is the crackling radio silence of government communication.

Our lives are put on hold.

Radio Silence from MOFA and the Japanese Government

The Ministry of Foreign Affairs (MOFA) has been the primary disseminator of what limited information is publicly available. According to the MOFA website, the current border policy restricts first-time entry from 152 countries. The policy has waxed and waned unpredictably over the last 12 months. Borders opened up briefly last fall to new visa and COE applicants, but soon closed again at the end of December. This is a time when many consulates and embassies aren’t open for business and are unavailable to answer queries.

MOFA’s two current frameworks for entry into Japan are the “Resident Track” and the “Business Track”.  Both of these have, however, been indefinitely suspended for new arrivals.

It’s no surprise entry hopefuls have turned to alternative channels of information, such as the Return To Japan Support Group on Facebook. Established in July 2020, the 16,000-strong community was created to help stranded foreign nationals return and to keep members updated with the latest border and quarantine protocols. That this group remains the de facto source of information for many perhaps best highlights the indirect and scattershot nature of official government messaging. 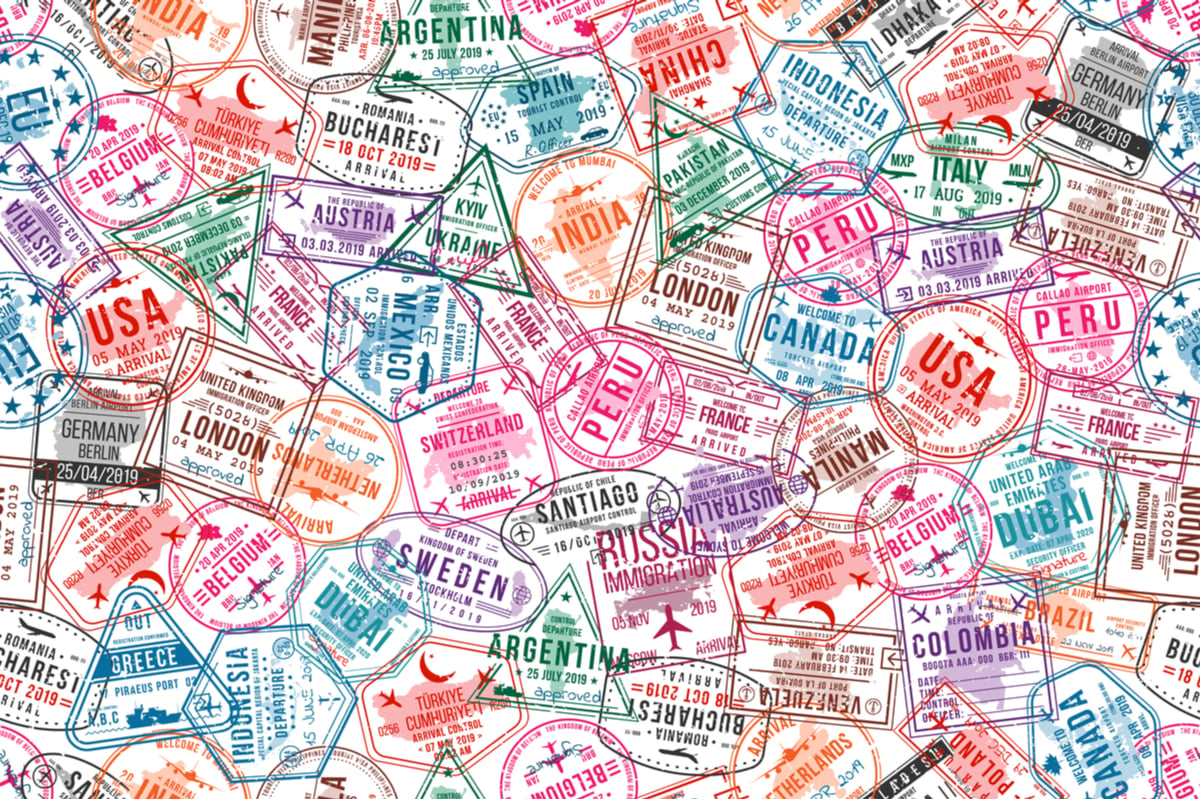 The Losing Battle for Foreigners

Unfortunately, the fight to ease restrictions on foreign visa applicants has the distinct air of a losing battle.

Davide Rossi, co-founder of Go! Go! Nihon, which helps Japanese-language students living and studying in Japan, started a petition asking the government to allow these students into the country. With Japan set to welcome 15,000 athletes for the Olympic and Paralympic Games, along with an undisclosed number of coaching staff and foreign press, Rossi’s frustrations are not unfounded.

“Language schools are struggling,” he says. “They have been severely affected because international students cannot enter. Some teachers, especially those who were part-time, have lost their jobs. The schools are getting empty and this will cause many of them to close.”

One postdoctoral scientist on a prized fellowship from the Japan Society has also run into difficulties. Since August, he’s been trying to acquire a COE for his wife, who still resides in India. The application has been continually snagged in the bureaucratic knots of ongoing border controls. This glacial process, which he describes as “very depressing”, forced him to address a heartfelt letter to the Ambassador of Japan to India with hopes that someone may sympathize with his cause.

The robotic response came in the form of two perfunctory lines presumably spat out on autoreply accompanied by directions to an outsourced visa management company’s website, where quite frankly, the information is unclear and poorly written. An example: “Three categories from the bottom of the left column are not subject to the application of COE so it doesn’t not matter if applicant have proxy or not.” Good luck deciphering that. Where Are the Gestures of Goodwill?

This is of course a complex issue. Japan is in the thrall of one of its most difficult periods since the pandemic began. Therefore, it could be argued that extra levels of caution are to be expected, even accepted. But there have been few gestures of goodwill and this has become a problem.

For most people moving to Japan isn’t done on a flight of whimsy. I spoke to people who had leased their apartments, sold their belongings and made all the necessary preparations to leave their home countries, only to have the Japanese carrot dangled in front of them on a stick. In some cases, for a year; in other cases, longer.

The seeds of bad blood are being sown through simple willful ignorance. One person tells me, “After seeing how isolationist, how anti-immigrant Japan is, especially in times of crisis, I am not sure I want to settle [there].”

Clearly, Japan retains its international allure; the continued rush to emigrate is evidence of that. This allure, however, is by no means unconditional. In order to maintain it, Japan must start addressing those still stranded abroad. The calls aren’t for immediate and unfettered lifting of all border controls; people just want to know where they stand and how to plan accordingly.