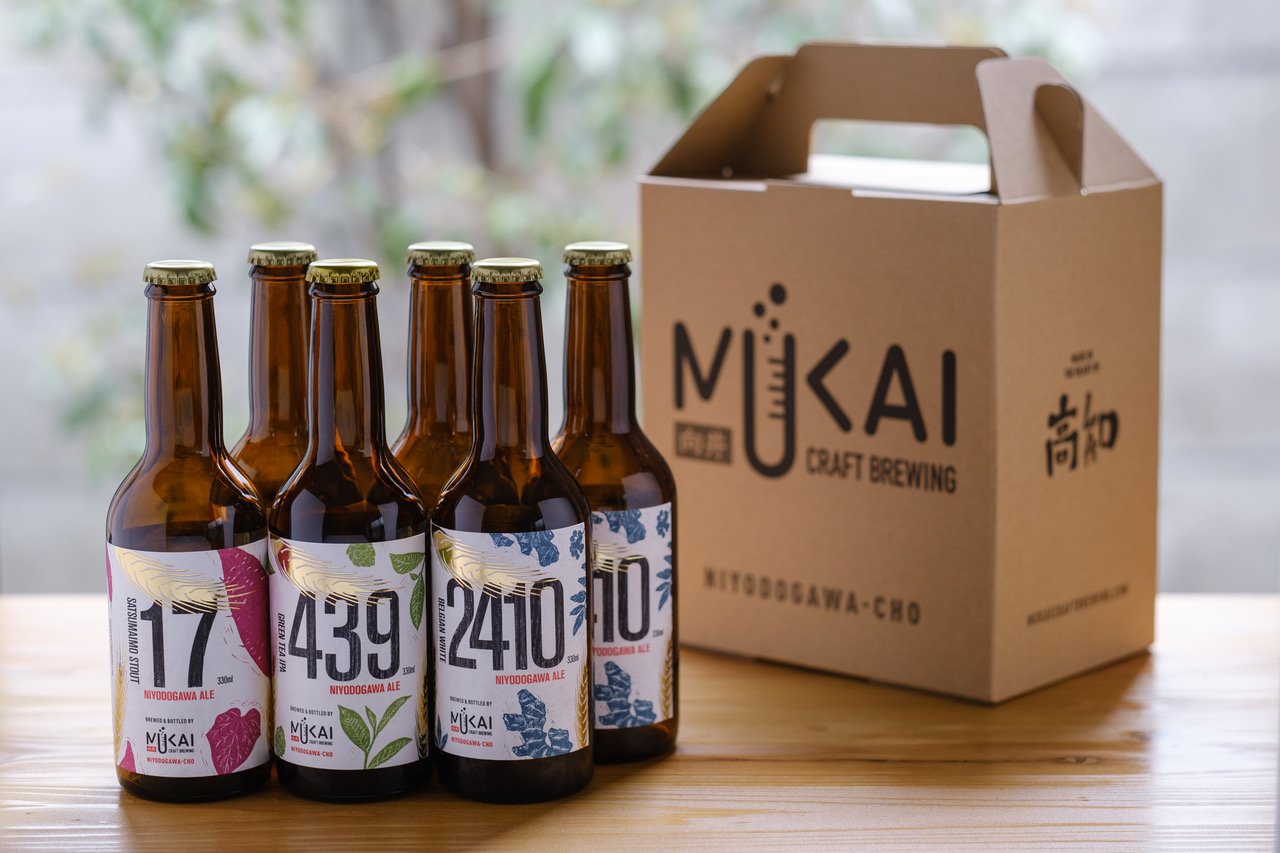 When Blue Brew Taproom opened in October 2020 in Kochi’s Niyodogawa-cho selling the artisanal beers of Mukai Craft Brewing, it marked a major milestone for Ken Mukai. It had taken Mukai 18 months – beginning when he moved from Los Angeles to Kochi in February 2019 – to build his brewery and develop his initial product line. And that was just one major step in what has turned out to be a lifelong labor of love sure to continue for many years to come.

Mukai’s is only the third craft brewery to be established in Kochi Prefecture. It is located deep in the Shikoku Mountains almost halfway between Matsuyama and Kochi city, not far from the headwaters of the Niyodo River. It’s also just a 10-minute drive upriver from Nakatsu Gorge, one of the most famous tourist destinations on the Niyodo River, famed for its clear, blue water.

The tale of how a California high school chemistry teacher who had long been a home brewer became a Kochi-based craft brewer is a portent of rural revitalization in 21st-century Japan. The Draw of Japan

When Mukai first came to Japan in the early 1990s as a JET teacher, his ethnic background was his only connection to Japan. A posting to a remote community in Shimane Prefecture was a cultural baptism by fire, but by the time Mukai returned to his native California two years later, he was hooked. Mukai found himself regularly drawn back to Japan, mostly returning during the summer breaks from school, often accompanying junior high school kids to a summer basketball exchange program. It was through that basketball connection that Mukai established the friendships with people in Kochi Prefecture that ultimately led to his decision to relocate.

As Mukai tells it, nearly five years ago, during one of his visits to Kochi, one of his friends said “Ken, you keep coming to Japan. Why don’t you just move here?“ That kicked off a conversation about how Mukai could cheaply rent one of the many empty buildings in rural Japan and leverage his passion for homebrewing into a craft brewery. A few months later, just as Mukai was settling into the new school year back in California, his friend phoned and said “I’ve found the perfect spot for you! Do you remember Niyodogawa-cho?” This was the point at which Mukai realized that his friend’s idea wasn’t just idle talk

“Of course, I could start a micro-brewery anywhere,” observes Mukai. “What really attracted me to the idea of opening a brewery here in Niyodogawa-cho was the opportunity to engage in community revitalization, especially in such a beautiful location with world-class water purity.” For the Love of Beer, and Community Revitalization

When Mukai finally got to see the proposed site and explore the details, it turned out that the building, which belonged to the local government, could not be renovated in the way he needed to convert it to a brewery. But by that time, the local government was so enamored of the idea of having a craft brewery in their town that they offered another site as well as some grant money to construct the kind of building required.

And so it was that Mukai decided to retire from his career as a high school teacher and relocate to Kochi. Mukai soon found himself facing a number of particular challenges thanks to the somewhat remote location. A building design was required. As much as possible Mukai wanted to use local materials and even local equipment. It took some time to figure out what equipment to use and its power demands.

Notwithstanding the support of the local government, there was still a lot of bureaucracy to be satisfied. Among the administrative challenges were incorporating the venture and getting a happoshu license, as well as ensuring the brewery layout met various health authority requirements.

Mukai also needed to learn how to scale up from his home brewing efforts. He visited some larger microbreweries in California before moving and has also found many Japanese craft brewers to be generous in sharing their time and experience. Even Kochi’s other two craft brewers are supportive, and he returns that favor when he can.

Mukai has been fortunate to acquire an intern who wants to learn brewing and eventually open his own brewery. Mukai has found his intern to be a huge help. “Before, I was doing nearly everything by myself. And,” he added, “having an intern allows me to teach again.” Since the pristine quality of the water in this area is one of the key factors that drew Mukai to this location — and is also a major tourist draw — he was particularly concerned to ensure that the brewery’s wastewater (breweries generate a lot of wastewater!) was suitably treated before being released into the Niyodo River. This is one area where Mukai’s previous career as a chemistry teacher particularly paid off.

Through a long series of experiments, Mukai determined that a wastewater system involving five 1,000-liter tanks “using various treatment methods including bacterial decomposition and ozonation…” produces effluent that is clear, has no smell, and has low biological oxygen demand (BOD). It also proved to be relatively economical, costing about 1.0% of a professionally installed system.

Mukai’s priority was an effective system, irrespective of cost. Says he, “It’s important to me that I do my part to keep the Niyodo River clean. I hope everyone who lives near this beautiful river feels the same.”

Mukai’s goal is to make beers that are delicious, well-balanced, and style specific, and to do so in a sustainable way that also contributes to his local community. Customer feedback so far tells him he’s hitting the mark.

He opened last fall with four beers, which are served in his taproom as well as on tap at local festivals and events. Bottled beer is soon to be available at a number of local establishments in the neighborhood of the brewery (he’s even had advance orders from as far away as Hiroshima), as well as via online orders. He’s already expanded the inventory to eight varieties, including a stout, Belgian white, German lager, coffee porter, and IPAs/New England IPAs. His long-term plan is to have five or six regular varieties that are constantly in production, including his signature Santa Monica Pale Ale, as well as up to a dozen seasonal varieties. “I only have 16 taps, so I won’t go beyond that many varieties at any one time.” says Mukai. 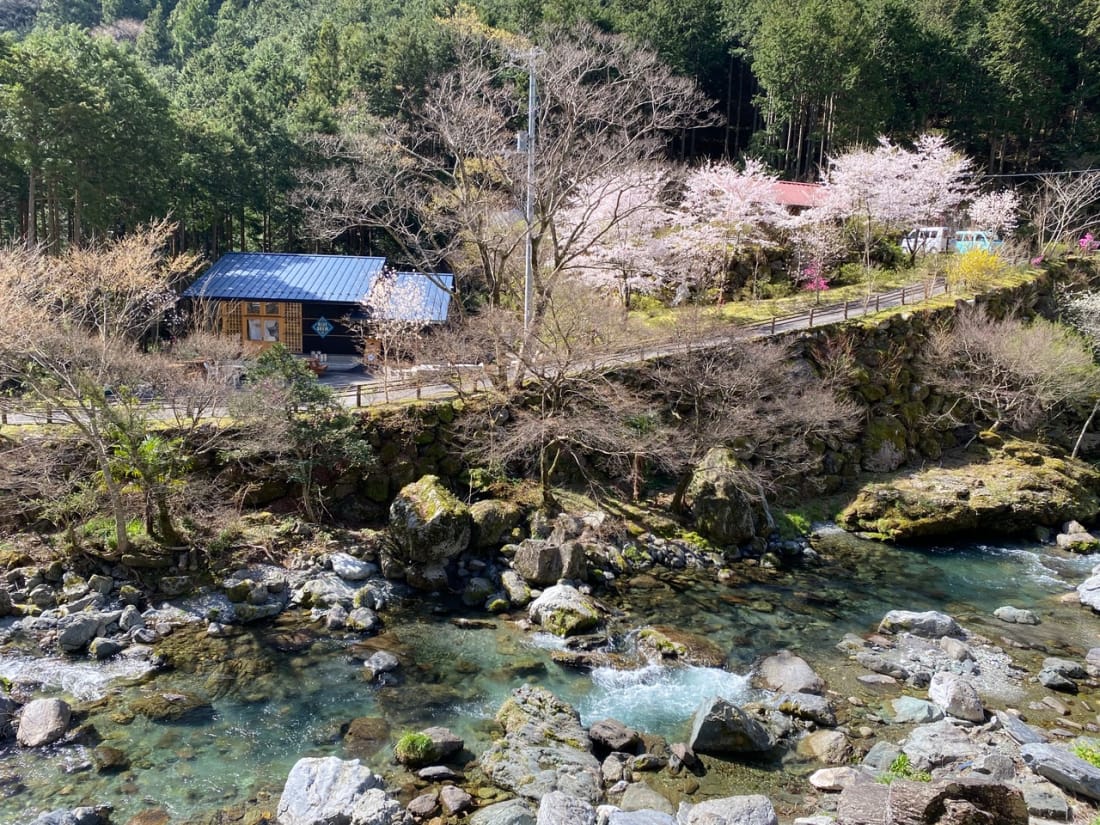 Creativity is implicit in craft brewing. Like many craft brewers, Mukai likes to use local ingredients whenever he can. Sometimes his neighbors have dropped by with some of their produce, urging him to try making a beer with it. Sansho, Satsuma imo, ginger and even local green tea have all found their way into his beers. He’s recently been introduced to a slightly minty local tea made from the bark of an indigenous bush called Kuromoji (Lindera umbrellata) and is already experimenting to produce another beer using it.

The taproom also offers a menu of food items to complement the beers. Mukai‘s wife, Masako, a former flight attendant originally from Tokyo, readily accepted the challenge of developing a homemade chili recipe that would satisfy Mukai‘s American tastebuds and also appeal to the Japanese palate. Pairing well with beer, chili dogs and chili and chips are popular menu items. The taproom also serves sliced meats and cheeses, pickles, corn chips and even Mukai‘s own smoked local trout (amego).

Blue Brew Taproom is becoming popular with visitors from Matsuyama and Kochi city and promises to become part of the tourist trail for anyone making a visit to the Niyodo River valley (one of Kochi’s top natural attractions) or hiking or biking in the Ishizuchi Mountains. And for those not quite ready to start traveling again, remember, online sales will be starting soon.