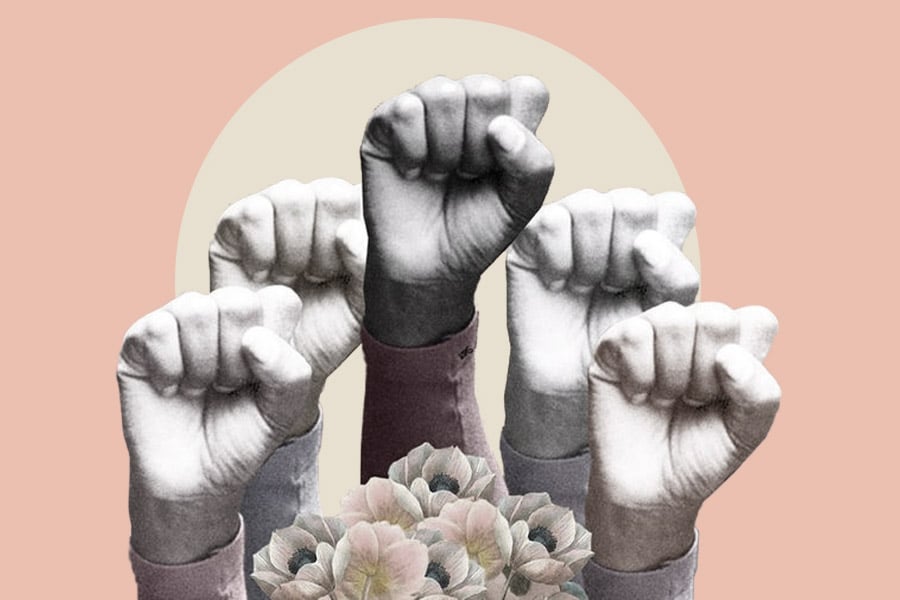 Japan's gender inequalities are always a hot topic, but here are some positive beacons of hope

Yoshiro Mori has resigned from his position as Tokyo Olympics organizing committee head for his recent sexist remarks. For successor, he appointed a man a year older than him, the former head of Japan’s basketball and soccer leagues. The International Olympic Committee (IOC) vetoed Mori’s appointment after protest from Olympics volunteers, women policymakers and the general public.

It is clear that if progressive figures, namely progressive women, are unable to access leadership positions, working conditions for women in all of Japan continue to languish. If the refusal to acknowledge women as contributors to “weighty” affairs (that is, those outside the rearing and basic management of most of our lives) occurs in such public dialogues, we can only imagine how, say, many “salarywomen” are treated in the office.

The first step to leaving this stasis, for the country’s women and its economy, could be to better heed the progressive women who do have platforms. Koike, as we know, is the governor of Tokyo. This is not to approve or denounce the Koike administration’s responses to Covid-19, but to praise some of her public behavior, namely the way she handled the Olympics debacle.

People speak of Mori as having represented a political and social status quo of conservative-minded, almost unshakeable male influence. It is said that Mori, a former prime minister, Rugby Union president, etc., had (has) much sway with both the IOC and Tokyo leadership, such that the committee capitulated to Tokyo’s wishes at times. Before his resignation, Koike had been set to attend a four-way meeting with Mori, the IOC president and the minister for the Tokyo Games. She refused to go, “as it wouldn’t send a positive message given the current situation.” After the meeting was postponed, PM Suga called for transparency in the selection of the successor, and the Tokyo Games organizing committee said it would form a panel of equal women and men members to handle the appointment.

Koike’s mild comments about Mori’s comments should not be boosted above the efforts of Olympics volunteers who quit their jobs in protest, but her simple refusal to accommodate the “status quo,” especially being a woman in a highly public position, sets an important precedent.

Even compared to the paltry 10 percent of female parliamentarians, women are only 5.3 percent of board members of Japan’s listed companies in the World Economic Forum’s 2020 Global Gender Gap Report. A many-sided issue, but one factor is the difficulty of entering the workforce as a parent – the parent still overwhelmingly expected to tend the home and raise the kids.

Joho founded TableCross Inc. in her third year at Rikkyo University. Her aim: to create a profitable and sustainable mode of philanthropy. Tablecross is a restaurant reservation app. When a restaurant reservation is made, the restaurant pays an advertising fee, and a portion of this money goes towards providing school lunches to children in need. The restaurant benefits too: Advertising fees do not need to be paid in advance of actual promotion. This commitment to a sustainable model – making Tablecross doable for all parties – extends to employment patterns. Believing that long hours are an outdated system, she makes to employ stay-at-home mothers and those who have flexible schedules.  The present male-dominated workforce is coeval with backbreaking and unsustainable schedules. For her, progress, profit and change need not be, cannot be, a single and frenzied, make-money-fast effort; they can be incorporated into our daily lives.

Matsui was the chief strategist and vice chair of Goldman Sachs Japan and a leader of “womenomics” research, which she introduced in 1999. “Womenomics” posits that some of Japan’s economic malaise – shrinking population, shrinking workforce – can be relieved by greater female participation in the workforce. She has embraced her position as a leading educator concerning women in the Japanese workplace.

Since the mid-’90s, female labor participation has greatly increased. But a majority of the jobs women are taking are part-time, and women in leadership positions, from the Diet to company executive boards, are rare. In response to this disparity, a problem that runs deeper than even hiring patterns and corporate parental policies, Matsui has shared many enlightening prescriptions. A few conclusions: Make reintegration into full-time jobs easier for new parents; make daycare more accessible; relieve gender wage gaps; reevaluate the excessive value placed on seniority in Japanese companies; and change binary attitudes towards gender. Osaka has gotten much attention over her three Grand Slam wins, not only for her excellence in sport but also for her advocacy. We think of her donning the names of George Floyd, Ahmaud Arbery, Tamir Rice and Breonna Taylor at the 2020 U.S. Open; her boycotting the Western & Southern Open semifinals in the wake of Jacob Blake’s shooting; her willingness to speak on systemic violence. As a blue-chip world athlete in the era after Colin Kaepernick’s exile from the NFL, it goes without saying that protest within these institutions is risky.

And there is the likely prospect, as a sportswoman of color, and particularly a Black sportswoman, of being misrepresented in the media. Often Osaka’s Black Haitian heritage is erased in media coverage in favor of underscoring her “Japanese-ness,” especially evident in the narratives surrounding the 2018 face-off between Serena Williams and Osaka. Demands to “choose a side” from media figures are ever-present, and Osaka’s vocal pursuit of self-authorship deserves praise.