The name Ikebukuro no doubt conjures up many images in the mind of Tokyoites. The big and brash area at the northern tip of the Yamanote loop line has a reputation as a slightly poorer cousin of Shinjuku and Shibuya with a somewhat varied shopping and dining scene, if inferior to its neighbors, and a reputation for debauched nightlife. It has been called the “Gateway to Saitama” because of its proximity and transport links to Tokyo’s suburbs and the dormitory towns that lie farther out. The Gateway to Saitama moniker has also not always been meant as a compliment and has been a veiled comment to the fact that Ikebukuro, in comparison with other of the major Tokyo hubs, is somewhat boring. While there have been a number of sights and attractions in Ikebukuro for a long time such as the Sunshine rooftop aquarium, the Ikebukuro Life Learning Center where visitors can try an earthquake simulator (in case you did not find the prospect of living in one of the world’s most seismically active cities enough to get your heart racing!) and the Tokyo Metropolitan Theatre, the area was still under represented when it came to Tokyo’s places to visit.

Now, however, the area is undergoing something of a Renaissance and recent years have seen the beginning of new construction projects shooting up along with a fantastic and under-appreciated restaurant, drinking and leisure scene that is beginning to develop a reputation to rival even those of its bigger neighbors in Shinjuku and Shibuya.

The opening of the new Q Plaza building in July 2019 with its new restaurants, cafés, game centers and state of the art IMAX cinema complex along with a wide variety of manga and subculture events (which includes the famed Otome Anime road which hosts a number of anime costume parades and Tokyo’s only official Evangelion store) has led to an ever increasing number of young Japanese heading to the area in the evenings and at weekends.

What To Do in Ikebukuro With new venues opening seemingly everyday, there are still relatively unknown spots that make Ikebukuro well worth a visit and are transforming the area from just another shopping precinct tied on to a major train station to a fascinating new center for entertainment. The brand new and positively gleaming Hareza tower, just a short walk across the road from East Ikebukuro’s other newest addition, the Q plaza, hosts perhaps one of the most unexpected and welcome surprises that Ikebukuro has to offer. Though never really considered as one of Tokyo’s premier spots to have an indulgent brunch with friends, this may be about to change. New York-based brunch stalwart EGG has opened their first Tokyo location in Ikebukuro. Specialising in all things egg, EGG offers a true taste of Manhattan with its speciality, Eggs Rothko, not to be missed. After brunch it’s just a short hop back to the Q Plaza where there are two new spots not to be missed. Espresso D Works is a cozy, modern café that serves excellent, freshly brewed espresso-based coffees. This Tokyo-based chain with locations in Ebisu and Shibuya has recently made Ikebukuro its third location and is well worth a visit

Where To Drink in Ikebukuro For those of you who fancy something to drink, Two Fingers craft beer is one of the newest craft beer haunts to spring up in the area with a variety of different taps to quench the thirst of even the most discerning of craft beer palates. The bar, set up by a couple (he’s from Australia and she’s from Japan) offers a friendly and intimate space to enjoy a variety of different beers from Japan and abroad and also to sample various types of craft gin. The location, in a quiet side street on the west side of Ikebukuro Station also offers a quiet getaway from the usual hustle and bustle of the area.

While Ikebukuro has long been considered something of a faceless shopping area with little else of remark to show, it is clear that the recent developments and efforts to regenerate the area are paying off and that Ikebukuro is fast becoming one of the city’s newest hubs for the Tokyo cool crowd. 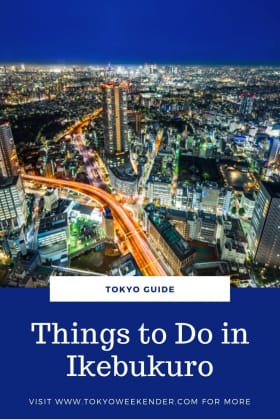 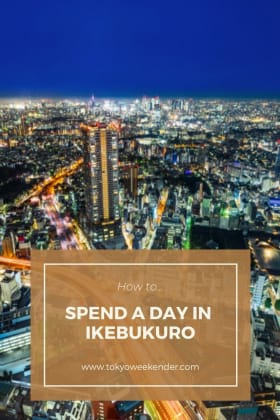