Shimane Prefecture: The Birthplace of Sake

The origins of Japan’s beloved beverage – sake – are said to lie in Shimane Prefecture where ancient myths and traditions flow as deeply as the freshwater streams that flow from the Chugoku Mountains and into the Sea of Japan. The area of Shimane is said to be the birthplace of sake. This widespread belief is based on myths about sake’s ties to Shimane’s Izumo region recorded in the Kojiki. The first mention of sake in the Kojiki, an early-8th century chronicle of Japanese legends and oral traditions based on historical accounts, says the god Susanoo used eight buckets of sake to slay the eight-headed serpent Yamata no Orochi at Izumo to save the village. It is also said that the gods gathered to brew sake and held a 180-day sake celebration called Sakamizuki, which is described in Izumo no kuni Fudoki (an ancient report on provincial culture). There is a local shrine at Izumo City called Saka Shrine because of these origins – and is dedicated to the god of sake. The main hall of Izumo Taisha Grand Shrine was built in 1744 and is designated as a national treasure. The height of the main hall is currently about 24 meters tall, but it is said that in ancient times it was twice as high – about 48 meters. Also, in the sacred dance hall, where wedding ceremonies and prayers are held, there is one of the largest shimenawa in Japan, measuring 13 meters long and weighing 5 tons. The shimenawa is meant to separate the sacred and secular realms. 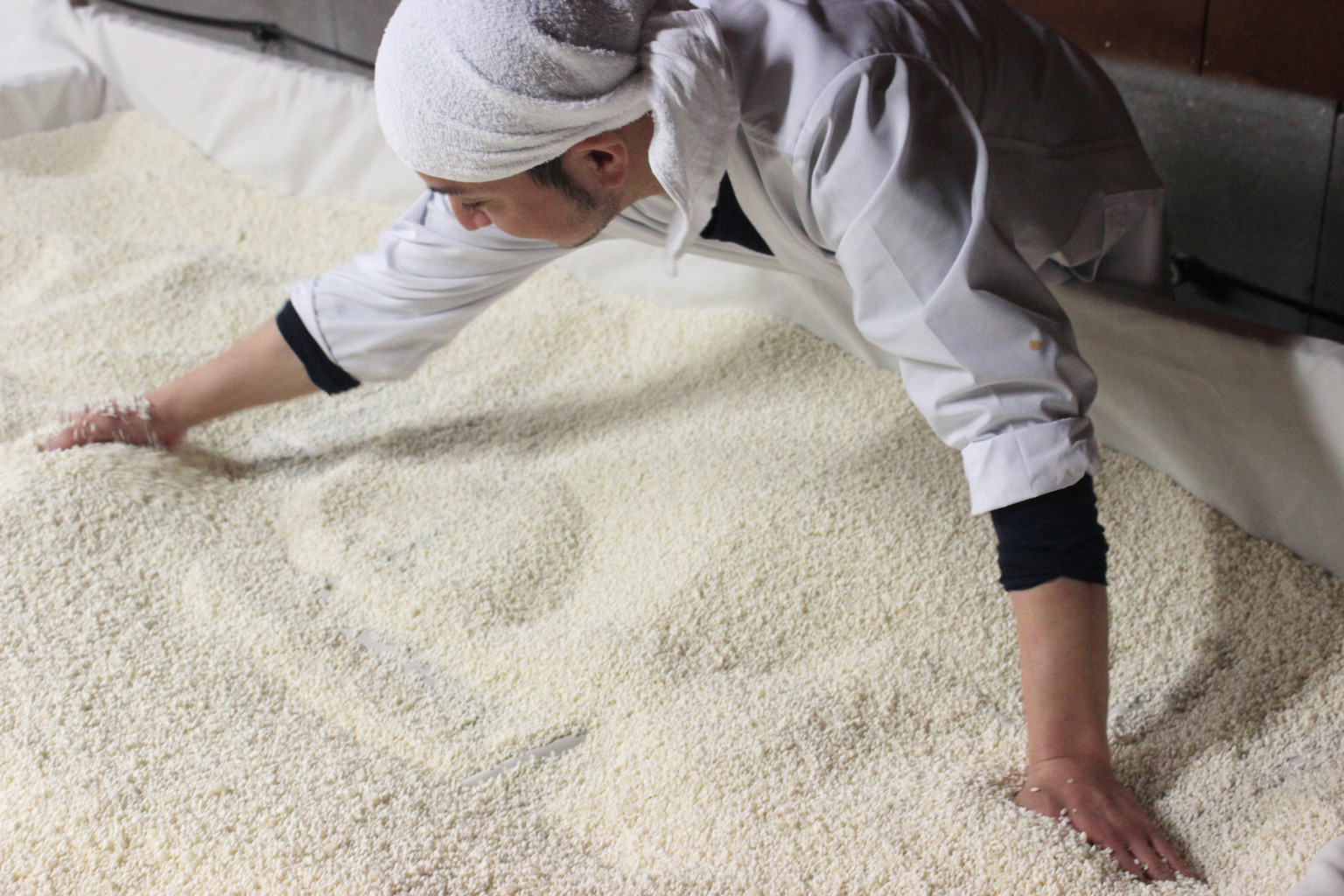 Shimane has changed over the centuries. Shrines changed in appearance. Sake production adapted to the times. What has not changed is sake’s foothold in the region. Today approximately 30 sake breweries operate in Shimane Prefecture, preserving the traditions and techniques perfected over time, while implementing the latest developments in science and technology to continue brewing the liquor of the gods. Many family-run breweries in Shimane have histories that date back well over a century, and the master brewers use the high-quality local rice and natural spring water to produce a fine sake that is deep with flavor. The sake of Shimane is revered not only for its historical relevance, but most importantly for its expert craftsmanship. Five Shimane sake breweries share the fruit of their labor at The Sake Fair hosted by ROPPONGI TSUTAYA BOOKS and Tokyo Weekender from October 24–November 6. The prefecture’s sake is also available at Hibiya Shimane-kan, Shimane Prefecture’s antenna shop in Tokyo.

Tours of sake breweries in Shimane are also available. Tourist facilities in Shimane are taking measures to keep visitors safe and healthy, so that guests – who are asked to observe the “New Travel Etiquette” – can enjoy Shimane’s sacred sake with peace of mind.

These five Shimane sake breweries are offering some of the most premium sakes the region has to offer. Rihaku Sake Brewing Company, located in the castle town of Matsue, is named after Chinese poet Li Bai (Rihaku in Japanese), who was said to drink one bottle of sake and write 100 poems. The WANDERING POET is the brewery’s flagship sake and it is known for its crisp and refreshing finish that makes it pair well with a variety of dishes and can be enjoyed during any occasion. Oki Sake Brewery has been brewing sake for generations off the coast of Shimane Prefecture on the picturesque Oki Islands, a designated UNESCO Global Geopark. The Oki Homare Dai-Ginjio is a noble sake with a fruity, gentle and mellow aroma with a pleasant amount of acidity that balances with its umami. In Unnan city, a setting for the myth of the eight-headed serpent Yamata no Orochi, Kisuki Sake Brewery brews their sake meticulously using local rice and water. The Minami Taiheiyo Junmai Ginjo is full flavored, with just the right amount of sweetness, making it perfect before or during meals. Established in 1602, Migita Honten is the oldest brewery in Shimane Prefecture. Using two varieties of local Shimane sake rice and soft water drawn up from 30m underground, the sake brewers at Migita Honten uses traditional skills and techniques passed down through generations to produce a sake that balances the umami and fruity aroma of rice. Located along the Tsuwano River in a castle town in southwestern Shimane Prefecture, Furuhashi Sake Brewery has been brewing sake ever since the Meiji Era. The Uijin label signifies the brewers’ dedication to high-quality craftsmanship and ingredients, and is made from sake rice grown in Tsuwano. This refreshing ginjo has a mellow flavor and pleasant umami taste.