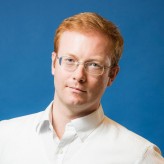 Nick, from Cedar Falls, USA, is TW's Editor in Chief. From a musical household in the Midwest, Nick is the literal definition of a musicophile. After tasting fame with his band Skoob at his junior high talent show at age 14, Nick was forever chasing the applause until eventually deciding to focus on being a writer in college (since the world wasn’t ready for avant garde psy-acid bluegrass). Nick took the opportunity to combine his two passions, with music and the arts often present in many of his written works. We could go on for ages talking about Nick’s journalistic prowess and all of the high profile publications the guy has written for, but let’s not forget his other big achievements: spearheading the TW Live House project and his dad bod. Since moving to Tokyo, his work has allowed him to explore much of the local music scene, and in a perfect world, Nick would like to spend more time writing and less time reading.

In the 1971 seminal essay, “Why Have There Been No Great Women Artists?,” art historian Linda…

On Sunday, April 12, 2021, Hideki Matsuyama became the first Japanese golfer to don the…

The year 2020 taught us that we can work from anywhere in the world. Thanks…

Josiah Hawley wears cowboy boots when walking the streets of Nakameguro. He listens to gospel…

It is always a pleasure to speak with Jane Grimes. With Southern charm and a…