The last time we talked with DJ and producer Risa Taniguchi we met over beers at an izakaya in her hometown of Nakano. This time around there were no salarymen or occasional waft of cigarette smoke as we chatted over Zoom. Taniguchi sipped on canned coffee in her home studio, a layout of synthesizers behind her. I sat at my kitchen table with my 3-year-old son draped over my shoulders begging to watch “Minions 2.”

“The more I thought about my future as a DJ, the more depressed I got”

The new coronavirus pandemic turned everyone’s lives upside down, and this feeling is mirrored on Taniguchi’s newest EP – How We Dance Again – released on July 11 by the German label Second State. The four-track EP is Taniguchi’s most nuanced, and accomplished, music to date, as she was able to emerge from a state of darkness to produce an album of earnest hope.

“Right now we are apparently in a hard time, for DJs especially. It’s like we lost everything we were hoping for,” says Taniguchi. “When the quarantine was started by the government, I was quite depressed. The more I thought about my future as a DJ, the more depressed I got. I wasn’t sure how this outbreak would end. That is why I switched my mind to production mode so I could forget about everything in the world. When producing my songs, I wanted to be back on the floor and going crazy with the audience.”

A Shining Light in a Weary World

Called by Mixmag as one of the brightest new stars emerging from Tokyo, Taniguchi’s dream as a DJ and producer was to have an EP released on Pan-Pot’s Second State label. Last winter her song, “Enough,” was listed as a track on a Second State compilation, and two more singles followed suit.

While Taniguchi’s self-quarantine started in melancholy, her day-to-day operation didn’t alter much. All of her previous recordings were completed in her Nakano apartment. Now permanently seated in front of her computer, mixing board and wide range of musical equipment, Taniguichi resolved her focus to make music Second State couldn’t ignore, and ultimately persevered.

“I have sent them so many demos over time that I have a better idea of the sound they are looking for,” says Taniguchi. “Every time they rejected my songs, I tried to reflect on the next production. Rather than focus on my own preference, it was a good challenge to consider their preference and reflect that in my production. That challenge was really meaningful to polish my skills as a professional.”

She says the about 20 demos she submitted to Second State during Tokyo’s state of emergency were simpler from her past works – using less equipment and, as always, putting focus on the thumping bass and solid beats. She says the process was exhausting. She spent days listening to and critiquing her music, making constant amendments to the hard techno beats in the search for perfection. To maintain clarity she took breaks to listen to favorite classical movements such as Dvorak’s Symphony No. 9 – appropriately known as “From the New World.” 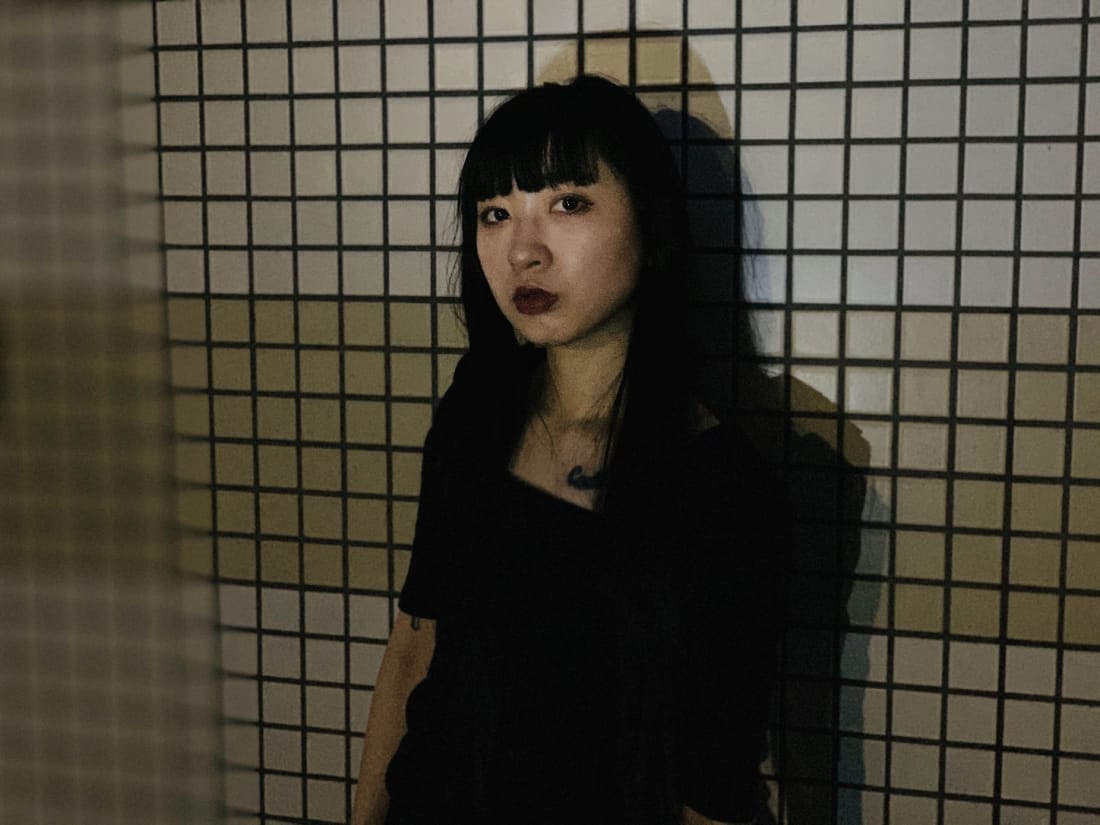 What Does the Future Hold for a DJ?

Now that the EP is released, promoting the music is the next challenge. Tokyo’s clubs are officially closed, though some venues have slowly started opening – providing bar service only while dance floors remain empty.

“I couldn’t even do promotional photo shoots in the club, which is what every single DJ does all over the world when they release their songs,” says Taniguchi. “Other famous DJs play my songs on the dance floor, and now I can’t do that. So I try to shoot myself in this tiny room with my iPhone – just record short clips to post online.”

Taniguchi recorded one such video that was streamed on Tokyo Weekender’s social media pages in late May. This Friday, July 17, TW hosts Taniguchi for an exclusive online streaming event performed live at UltraSuperNew Gallery in Harajuku.

“I guess it’s not realistic to be back on the dance floor in Tokyo,” says Taniguchi. “I would guess a few clubs will start opening venues again this year, but there won’t be any big festivals, and even if there is, we can’t be 100 percent sure about being healthy.

“Until we get a vaccine or everything is set up, we cannot do this like before. I would hope it would be back to the normal by the beginning of next year, by New Year’s end. I am sure when we are back on the floor and I play the song, they will be like, ‘Yes, this is how we dance again.’”