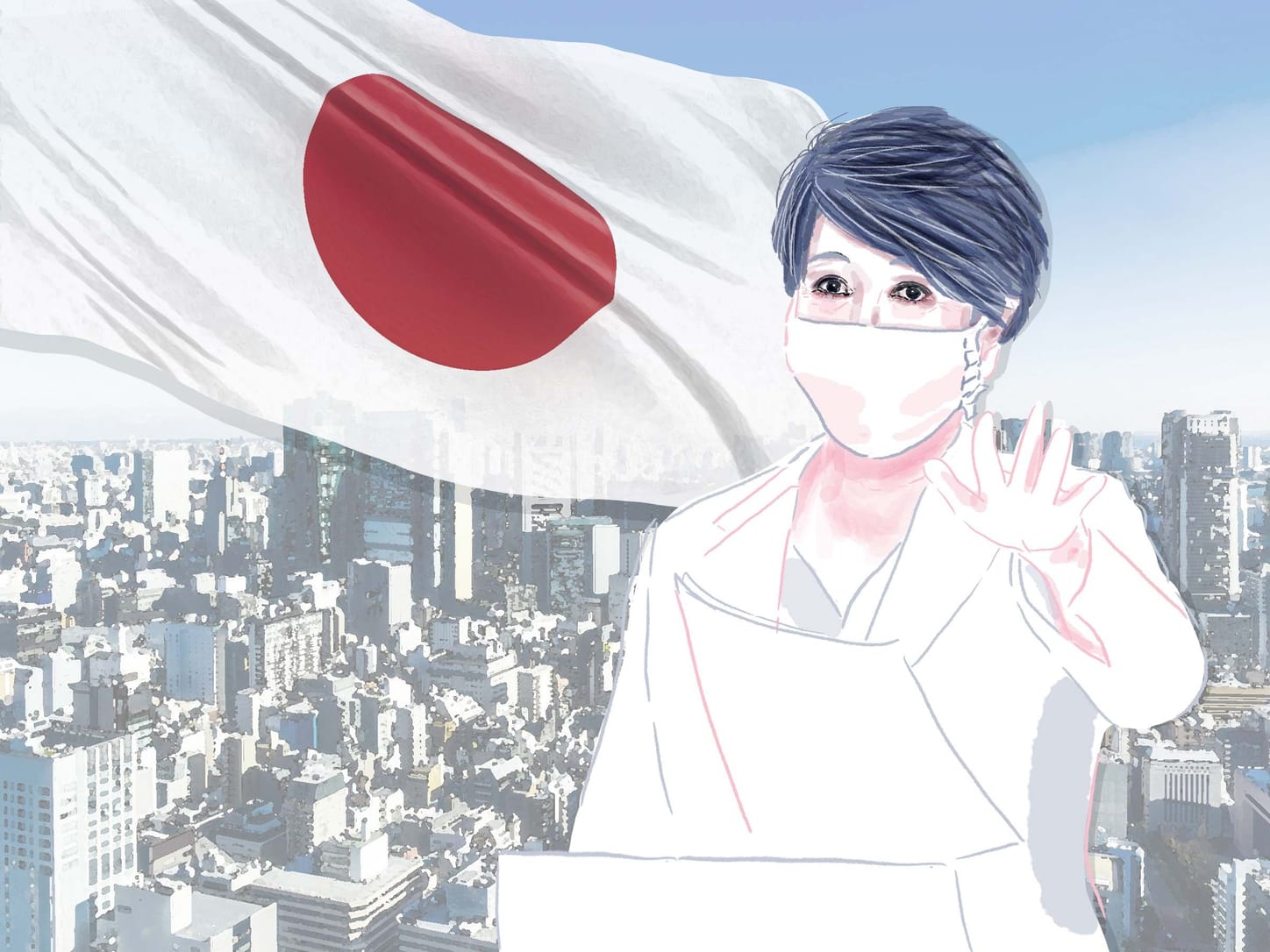 Holding an election during a pandemic might not seem ideal, but for Koike, the timing could hardly be better.

The year 2020 was supposed to be brilliant: a successful Olympics, another year of record-breaking inbound tourism and prodigious profits across industries. Instead, Japan has been dealing with cancellations, closures, bankruptcies and much more modest visions for the near future.

The coronavirus pandemic has hit the world hard, and yet somehow — even the experts aren’t quite sure why — Japan has, so far, avoided the fate of so many countries that have dealt with hundreds of thousands of confirmed cases and a heartbreaking number of deaths.

That’s not to say the situation in Japan has been peachy: It’s been hard, stressful, confusing, and financially devastating. As of today, the country has had nearly 18,000 confirmed cases and over 950 deaths. Like so many other countries, hospitals and care homes in Japan have seen outbreaks; PPE for doctors, nurses and other workers has been scarce and the healthcare system has neared collapse.

Also like elsewhere, residents of Japan have turned to government officials for guidance, finding in some cases — Osaka’s Hirofumi Yoshimura and Hokkaido’s Naomichi Suzuki, for example — stellar examples of leadership, and in others — most notably the prime minister, Shinzo Abe — somewhat lackluster lumps.

After a shaky start, the governor of Tokyo, Yuriko Koike, has settled into the first group, a good position to be in in the lead-up to Tokyo’s July 5 gubernatorial election for which she just announced she would run for a second term.

Holding an election during a pandemic might not seem ideal, but for Koike, the timing could hardly be better. According to a June 3 article in The Japan Times, a JX Press Corp poll found her handling of the coronavirus crisis was rated positively by 76 percent of respondents, while her overall approval rating was up roughly 20 points from March, to 70 percent.

Indeed, the pandemic and her response to it have provided Koike with a pathway to popularity. Few will have forgotten the baggage she brought with her into the office of governor — connections to conservative thinktanks and historical revisionism, a history of flitting from party to party and a reputation for lack of transparency in her leadership style among other controversies. Nor will many have forgotten the complaints that have piled up since her term began, from ballooning Olympics costs to issues with the relocation of Tsukiji Market to Toyosu.

Her leadership over the last few months, however, seems to have made up for perceived shortcomings and previous missteps to a great extent. Even her initial foot-dragging, which lasted until the Tokyo 20202 Olympic and Paralympic Games were finally postponed, seems to have been somewhat forgiven — though some do consider her opportunistic for her quick switch from lackadaisical leader to caped (or at least masked) coronavirus containment crusader.

Since the late March postponement, Koike has hit the right note on a host of points, often in contrast to a fumbling central government whose approval rating has plummeted as Koike’s has risen. Whether standing up to the central government or quickly enacting policies to support businesses, Koike has shown through her actions, tone and — quite simply — her visibility, that she’s working hard on behalf of Tokyoites and is deserving of her position.

While PM Abe and his Liberal Democratic Party seemed to twiddle their thumbs, Koike got to work. By the time Abe declared a state of emergency on April 7, Koike had a plan, and a list of business categories she wanted closed. Rather than accept the two-week wait suggested by the central government to see whether appeals for residents to stay home and reel in their social contact by a whopping 80 percent would have an impact before requesting closures, Koike went ahead and made the requests, though she did agree to pull back a bit.

“[Koike’s] leadership over the last few months seems to have made up for perceived shortcomings and previous missteps to a great extent.”

In addition to being commended for her quick action on closures, Koike has received praise for her relatively fast financial compensation announcements. An April 14 article in The Asahi Shimbun states that, at the time, Tokyo was the “only area under the central government’s state of emergency to date that has clarified the financial amounts it will give business operators who comply with shutdown requests.” When the state of emergency was extended in early May, Koike again quickly earmarked money to compensate businesses.

The most highly regarded and so-far successful coronavirus responses have come from countries whose leaders possess a gift for communication. Tsai Ing-wen of Taiwan, Jacinda Ardern of New Zealand and Angela Merkel of Germany, for example, have been lauded for their clear communication during a time of great confusion.

Koike, whose communication skills were honed over her career in broadcasting, has received similar praise, especially when compared to Abe, who tends to fall flat. Koike impressed the public with near-daily briefings and weekly English-language updates. She’s even joined a popular YouTuber to discuss the pandemic with a younger audience, and made an appearance in an online learning classroom. Though she sometimes gets the flak for all the flip signs she uses, her goal is clear: easy to understand updates and instructions to get the residents of Tokyo on board.

Last but not least — please allow us — she’s done it all in cloth masks that fit. This may seem a minor point, but the importance of modeling safe pandemic behavior shouldn’t be underestimated, nor should the polished, professional appearance a well-fitting mask grants its wearer. After all, the ridicule Abe has faced for his chin-revealing mask has been severe — for a valid reason. So, as Abe’s appearance has, unfortunately, taken away from his messages, Koike’s appearance has strengthened hers. She not only acts the part of governor, she looks the part, too.

Of course, no response to an unprecedented crisis of this magnitude goes off without a hitch or two. In addition to early complaints about putting the Olympics before the safety of the city’s residents, Koike has been faulted for not going far enough to ensure businesses close and Tokyoites take proper precautions.

Concerns have also been raised about the speed with which Tokyo has moved through the three steps of its post-emergency roadmap, particularly after the daily infection count rose in early June, leading the city to issue a “Tokyo Alert” warning on June 2, just a day after the city entered the second stage of the roadmap.

Q: What is Tokyo Alert?

A: Tokyo alerts people. No other changes. 😶#東京アラートhttps://t.co/5YIBY1c8zs

The Tokyo Alert itself, whereby the city is put on increased alert for a resurgence in cases by the lighting in red of Minato Ward’s Rainbow Bridge and the Tokyo Metropolitan Government Building in Shinjuku, has become a source of criticism, with everything from its reach, meaning and efficacy to its changing definition causing consternation among city residents.

In addition, though many have navigated the application process for financial compensation without issue, complaints have been made as well, ranging from a difficult system and untimely payments to differences between wards and too-narrow eligibility criteria. Such eligibility issues are being blamed at least in part for a rise in cases in Shinjuku’s Kabukicho district, where some host and hostess clubs, unable to receive small-business subsidies, either never closed or reopened before reaching their official reopening stage.

Regardless of bumps in the road, however, Koike’s response to the coronavirus has put her solidly in the good books of a majority of Tokyoites. As the face of clear, concise, and comparatively timely measures against the novel coronavirus, and facing a pool of candidates that includes a magnet for controversy (Takashi Tachibana of NHK Kara Kokumin wo Mamoru To) and a relative newcomer (Taisuke Ono, an independent supported by Nippon Ishin no Kai), Koike should be a shoo-in.

Until Reiwa Shinsengumi’s Taro Yamamoto entered the race on June 15, thus splitting the left-leaning vote, perhaps Koike’s biggest challenge would have come from Kenji Utsunomiya, an independent supported by the Constitutional Democratic Party, Japanese Communist Party and Social Democratic Party. But Utsunomiya, who came second in the 2012 and 2014 Tokyo gubernatorial elections, would likely have proven no obstacle for Koike anyway, riding as she is a wave of popularity for her efforts to prevent the spread of the novel coronavirus and lessen the pandemic’s economic impact on Tokyo residents.

She deserves much credit — and will likely be rewarded with a second term — but perhaps Abe also deserves a thank-you for making her look extra good in comparison.