Life Under Lockdown: Indian Pastimes to Break the Monotony 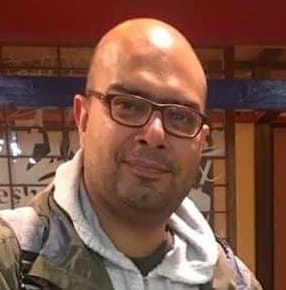 The viral pandemic has given birth to its own trends, whether it be the whipped-up, frothy caffeine-laden concoction Dalgona, or baking batches of sourdough in your Tokyo apartment. Following leads from social media may be enjoyable for some, but for those experiencing ennui tinged with homesickness, it is an opportunity to travel home in a time capsule.

Growing up in 1980s India, an era when people sent telegrams, steam engines still plied the tracks and few people owned televisions or telephones, life was simple. It is from this era I have drawn inspiration for this collection of amusements that may help pass the long stay-at-home hours, no matter where you are in the world.

Board Games Familiar but Forgotten

Ludo, derived from the 6th-century Indian game Pachisi, can be played by up to four people. It is said the Royal Navy took this game to the U.K. in 1896, and there the modern Ludo was born. In India, Ludo boards are often seen together with another board game called Snakes and Ladders. This game was derived from the 2nd-century Indian game Moksha Patam, which can be enjoyed by two or more players. Both these games involve the rolling of dice to reach a final objective.

If games of chance are not your thing, you may want to spend your time honing your Carrom board skills. The objective is to pot the carrom men, colored black and white, which are small discs of wood, by hitting them with a striker, which weighs 5 grams. The most valuable carrom piece is the red queen. Pocketing the queen followed by a carrom man of your own color wins the game.

In the past these games were available everywhere. You could see people sitting on the streets enjoying themselves on low tables and chairs. Today the mobile app versions of these games have led to their resurgence. Ludo King, downloadable on both the Apple App and Google Play stores, is popular and allows you to play against the phone if no companions are available. The game has been downloaded more than 300 million times. Also available for download is Carrom King, a modern version of the board game.

Working from home in Tokyo? Here are 5 tips for parents. Those looking for a more flexible body, or exercise with an added touch of spirituality, can turn to yoga. Yoga may be as old as India itself. It is mentioned in the Vedas, ancient Hindu texts written between 1500 and 1000 BC. Later both Hindu texts such as the Bhagavad Gita, and the Buddhist text Yogachara, (called Yugagyo in Japanese) carried more detailed descriptions of yogic practices.

In modern times yoga has transcended national boundaries and captured the world’s imagination. While the coronavirus may have cooled the hot yoga studios of downtown Tokyo, you can still practice it at home with nothing but a yoga mat.

Struggling to stay active? Here are 5 exercises you can do in a Tokyo apartment. In Japan, we are lucky to be permitted to venture outdoors. During the North Indian winters, when it is cool enough to soak in the sun, a favorite pastime is eating peanuts with jaggery.

If you do not have a particularly sweet tooth, you can eat the nuts without the unrefined sugar. But those who want to recreate the Indian treat can get hold of the solid Okinawan jaggery called Kokuto. The peanuts are best unshelled because you want to spend that extra time savoring them.

Home roasting them in a hot wok with some clean sand from a garden center, reproduces the culinary treat from India. Taking the treat outside on a walk (while observing social distancing regulations) you’ll get your B vitamins from the peanuts, your iron from the jaggery and vitamin D from the sunshine too – not to mention the sugar high.

Looking for a new recipe? Here are 8 traditional Japanese foods you can cook at home.

We may be far from our home, but there is a way to recreate it under lockdown at our home Japan. One does not have to be from India to enjoy these pastimes, but time moves slowly in India and we do know a thing or two about whiling away the hours.